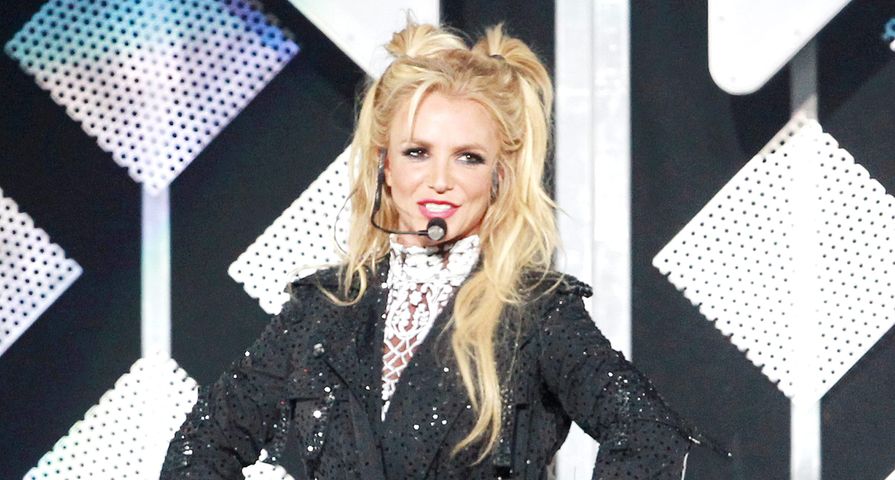 Britney Spears returned to the stage in Las Vegas to perform at the AXIS auditorium when a fan rushed on stage and attempted to crash her concert.

After she sang “{You Drive Me} Crazy” a fan jumped on stage and attempted to get Spears’ attention. Spears remained unaware of the man’s presence and asked the crowd, “Are you having fun?” Dancers blockaded the man and security guards surrounded Spears in an act of protection. “Is something OK?” she asked when she realized all the commotion behind her. “What’s going on?” Her knees then buckled and she clutched a security guard asking, “He’s got a gun?”

Spears then muted her microphone and was rushed backstage as fans chanted “We love you!” in support of the popstar. The crazed fan continued his rampage by performing a cartwheel on stage and kicking a security guard in the process. Fans were not impressed and chanted “a**hole” as the man was restrained and taken away from the theater.

It was confirmed to E! News that the fan was 37-year old Jesse Webb and he was arrested for trespassing during Britney’s concert. “Webb was asked to leave the concert by security prior to him jumping on stage and dancing,” officer Larry Hadfield stated. “Webb was transported to the Clark County Detention Center. There is no further information regarding this arrest.”