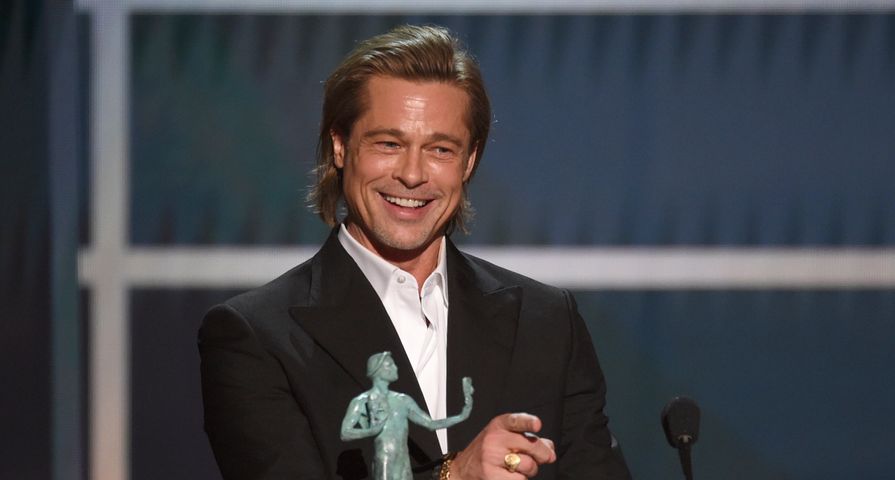 On Sunday, February 2, Pitt won the Best Supporting Actor award for his role in Once Upon a Time…in Hollywood at the EE British Academy Film Awards, or the BAFTAs. Unfortunately, the actor wasn’t able to make it to the show, but he did write a hilarious speech for his co-star Margot Robbie to give on his behalf, which included a joke about Prince Harry.

“Brad couldn’t be here tonight due to family obligations, so he asked me to read his response for him,” Margot said. “He starts by saying, ‘Hey Britain. Heard you just became single. Welcome to the club! Wishing you the best for the divorce settlement, blah blah blah.’ He then says, ‘Thank you to the Academy for this extreme honor.’ He says he’s ‘always been a bit intimidated over here given the Royal Academy of Dramatic Arts and the titans that have come before, so this is especially meaningful.’”

The actor’s speech continued: “He’s gonna name this Harry, because he’s really excited about bringing it back to the states with him.” Of course, the cameras then cut to Prince Harry’s brother, Prince William, and his wife, Kate Middleton, who looked both awkward and amused as they sat in the audience.

Pitt is referencing Prince Harry and Meghan Markle’s decision to step down as senior members of the royal family and announced they’ll be splitting their time between North America and the U.K.

The actress then stressed Pitt’s speech was “his words, not mine,” before walking off the stage.