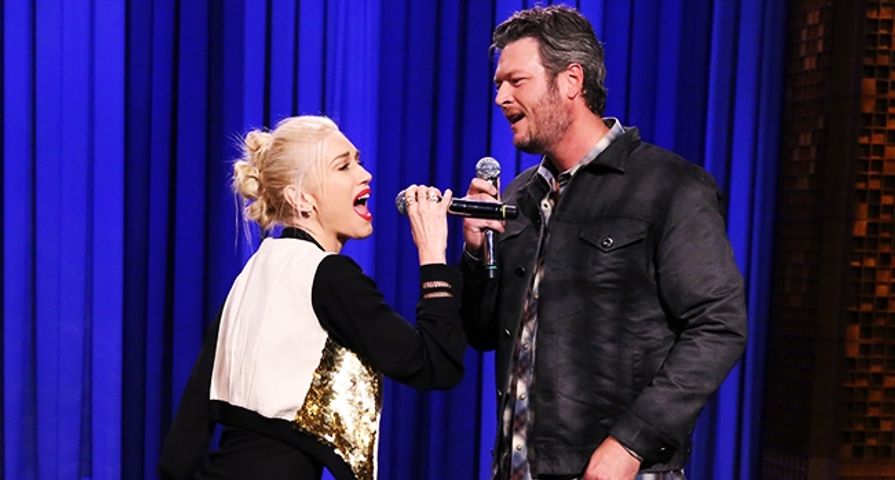 The new season of the hit show The Voice has two newly single coaches on it with Blake Shelton, 39, and Gwen Stefani, 46, both falling victim to the summer of big time celebrity breakups.

Since the news of Shelton and Miranda Lambert’s divorce and Stefani’s separation from Gavin Rossdale, many have speculated who each star is going to date or hookup with next and their chemistry on The Voice is leading many to believe they might move on with each other.

On a recent episode of the show, Stefani and Shelton were flirting pretty heavily with the blonde beauty calling Shelton “sweet” and “very handsome” and then resorting to basic playground tactics by throwing things at him. Shelton also flirted back with his own childish tactics by mocking Stefani and teasing her while the other judges looked on.

While some “sources” have stated that the pair are a “real thing” and Stefani is even influencing how the country singer dresses now, sources from Shelton’s side deny the whole thing. “It’s total bulls–t. There’s nothing there. They’re nothing more than friends.” Meanwhile it seems Shelton is enjoying the single life yet again and is taking time after his divorce to focus on himself which was evident by his slimmed down physique, and while he’s reportedly open to a relationship again, he’s not ready to jump into one just yet.