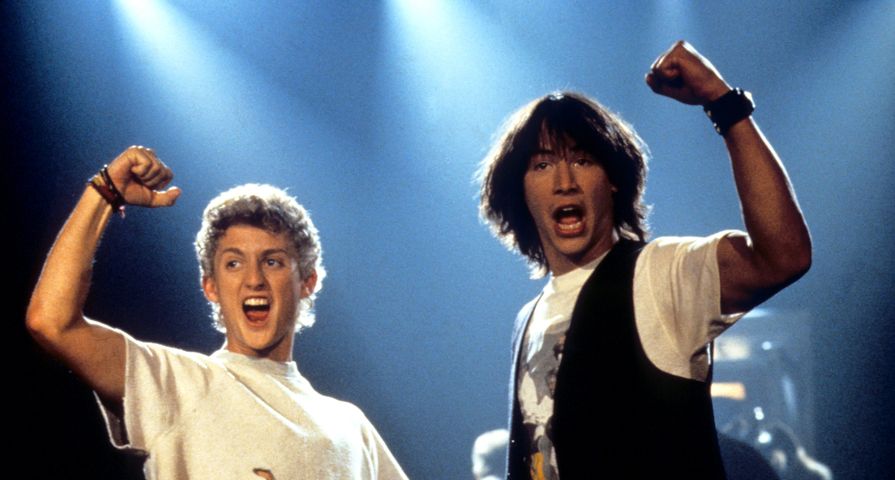 As production continues on the highly anticipated third Bill & Ted film, Bill & Ted Face the Music, a big casting has been announced!

Actresses Brigette Lundy-Paine and Samara Weaving have been cast as the onscreen daughters to Alex Winter’s Bill S. Preston Esquire and Keanu Reeves’ Theodore “Ted” Logan. To make it even better, according to their character names the titular characters actually named their daughters after each other.

“When we saw Samara and Brigette together, it was like déjà vu. It was exactly the way we felt when we first saw Keanu and Alex,” producer Scott Kroopf said in a statement. “We are so thrilled to have this funny and unique pair join the Bill and Ted team!”

Bill & Ted Face the Music was officially confirmed in the summer of 2018 when Reeves and Winter reunited at the Cannes Film Festival to make the announcement. “We couldn’t be more excited to get the whole band back together again,” said Keanu and Alex. “Chris and Ed wrote an amazing script, and with Dean at the helm we’ve got a dream team!”

Reeves later revealed that the film would take place about 25 years after second Bill & Ted film after the duo were “supposed to write the song that was supposed to unite the world and bring peace and everything, but they haven’t.”