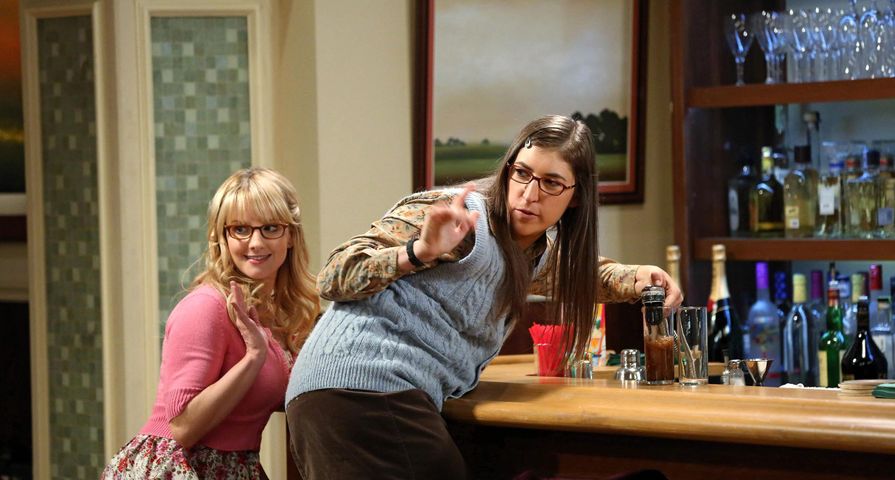 Back in 2014, The Big Bang Theory’s Jim Parsons, Johnny Galecki, and Kaley Cuoco made a massive contract deal in which they would earn $1 million per episode.

Now, the original cast which also includes Simon Helberg and Kunal Nayyar have all agreed to take pay cuts in order for two of he newer stars Mayim Bialik and Melissa Rauch to get raises.

The report also indicates that although many thought the series was coming to an end after its current season which is season 10, the raises for Bialik and Rauch are in anticipation of a two-season renewal for the extremely successful series.

According to Variety, the show’s original five stars who are all earning around $1 million an episode have agreed to take $100,000 less per episode in what would be the 11th and 12th seasons. That $500,000 from their cut would then be split between Rauch and Bialik who portray Bernadette Rostenkowski-Wolowitz and Amy Farrah Fowler respectively. The report also indicates that the pair make significantly less than the other stars and the raise would bring them to about $450,000 per episode.

Both actresses who joined the series in season three and became regulars in season four are without a doubt two of the best additions to the comedy.

CBS had no comment on the new contract reports or the two-season renewal but series creator Bill Prady already wrote in a Facebook post that the deal for the seasons was done. While Prady said that he is not planning the end of The Big Bang Theory just yet, there have been reports that CBS is already working on a spin-off that would be based on the early years of Sheldon Cooper.