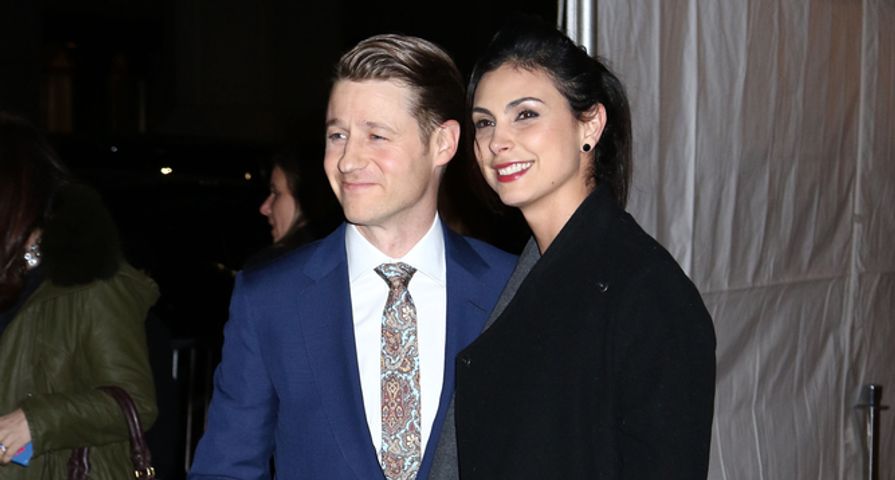 Surprise! Gotham costars Ben McKenzie and Morena Baccarin officially and discreetly tied the knot over the weekend in New York!

The couple met on set in 2014 while co-starring on the Fox drama Gotham, a batman-inspired TV series. Fans were shocked when McKenzie and Baccarin publicly announced their relationship the next year in September 2015 with the news they were expecting a child together. The couple got engaged in November 2016, following the birth of their first child, daughter Frances Laiz Setta Schenkkan.

In a recent appearance with James Corden on The Late Late Show, McKenzie admitted he actually met his wife previously in life when she guest starred on the set of his popular TV show The OC. The star admitted the couple did not hit it off right away. “I apparently blew her off,” he confessed. “So I’m thinking, ‘What kind of idiot would blow off this gorgeous, sophisticated, intelligent, successful women?’ Then I thought of what kind of boy I was at 25, and I was that kind of idiot.”

To further the obstacles in the way of their relationship, Baccarin was previously married to Austin Chick, with whom she shares a 3-year-old son. The divorce was complicated, but in the court documents at the time Baccarin declared her intentions to marry Ben.

Despite the twists and turns, this lovely couple married at the Brooklyn Botanical Gardens this past weekend according to Us Weekly. McKenzie and Baccarin were joined by close family and friends for the intimate ceremony.