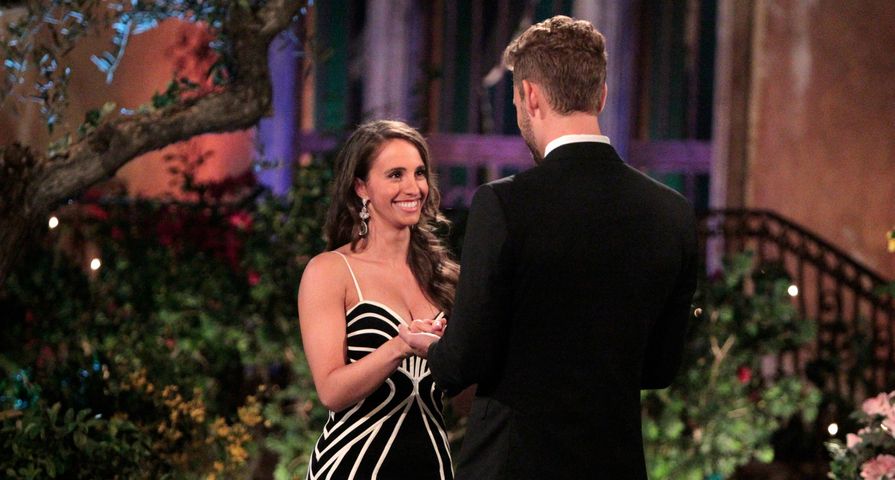 Nick Viall has had a long road trying to find love on The Bachelorette and Bachelor in Paradise, but now, his odds are at their best as all the focus is on him as the Bachelor. After a few weeks, some of the ladies are starting to stand out, and fans are more anxious than ever to find out who is going to be Nick’s lucky lady.

Every season, Reality Steve provides detailed breakdowns of the entire season, so thanks to him, we already know who is going to win, but there is always a chance he could be wrong but his track record is very good!

While Corinne Olympios has definitely made herself known, mostly for all the wrong reasons, other ladies are starting to win fans’ hearts including Kristina S., Rachel L., and Vanessa G. According to Reality Steve, all of those ladies make it to the final six, but the final rose ceremony all comes down to Raven Gates and Vanessa Grimaldi.

It seems to be a difficult decision for Nick, but he ultimately chooses Vanessa, who is gorgeous, intelligent, and stable, and obviously a great choice. Yes, the two do become engaged, but for now there is no telling if they pair have remained together, and many do not have high hopes considering their vastly different career goals and locations.

Do you think Nick makes the right choice? Let us know! 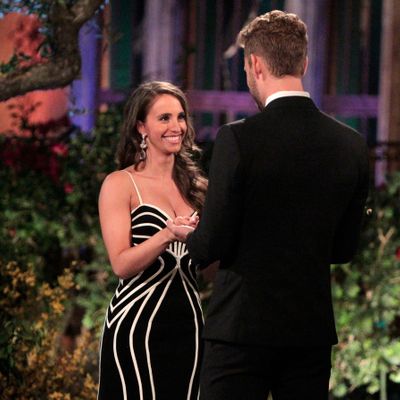