Baby Number Four On The Way For Mark-Paul Gosselaar 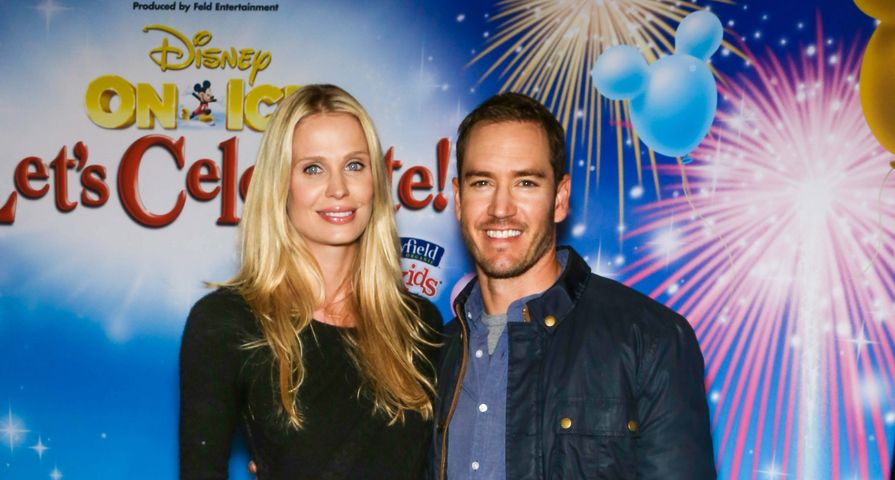 Mark-Paul Gosselaar, 40, and his wife Catriona McGinn were enjoying a family night out with the kids at Disney on Ice’s Let’s Celebrate event in Los Angeles on Thursday December 11, and the actor revealed they will need one more ticket for family events going forward.

“My wife is due in February with another baby. I’m very excited,” Gosselaar told Us Weekly at the event and also spilled that they already know the gender and have the name picked out but are keeping some of it a surprise, “We have told our families [the gender], but we haven’t told them the name.”

The newest family member will be the second child for Gosselaar with McGinn after the pair welcomed their son, Dekker Edward, in 2013 but the Saved By the Bell alum is also father to Michael, 10, and Ava, 8, with his ex-wife Lisa Ann Russell.

While four may seem like a lot, Gosselaar doesn’t seem phased at all “We’re doing some tweaks to the house and some things to prepare for the room. But we’re old pros at this now. How do you prepare other than get as much sleep as you can?”

In fact he also said he likes the idea of a large family, “I love big families. There’s nothing better than a happy child. Waking up in the morning and seeing their faces when they see gifts…all holidays are so much more special with children,” he commented.

Gosselaar also revealed a fun fact- his ten year old son Michael is now watching his dad as Zack Morris on Saved By the Bell, “It doesn’t seem like a TV show. It seems like real life. Its not like your normal TV show,” Michael stated.

Also Check Out: 10 Forgotten Male Sex Symbols From The 90’s