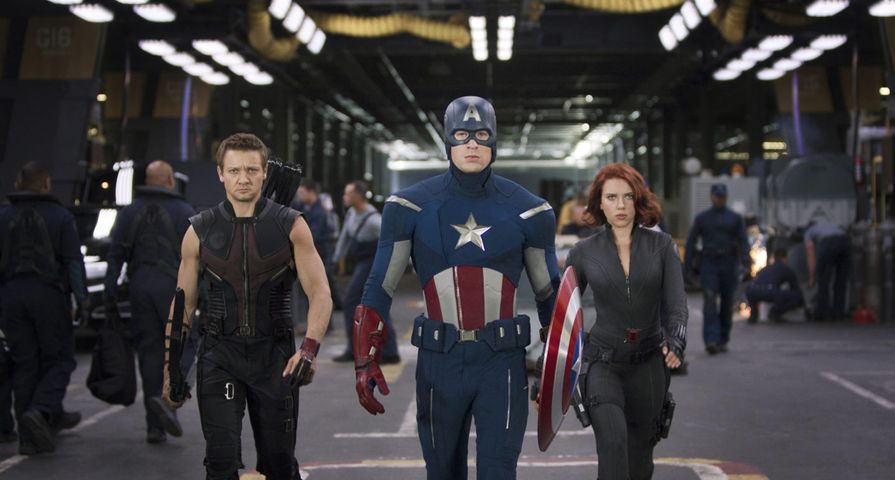 Celebrities have to know by now that every little thing they say gets scrutinized and now two of the stars of The Avengers are under fire for “joking” comments they made about a fellow Avenger, Black Widow.

The whole crew is known to be very good friends outside of the films as well, so Jeremy Renner and Chris Evans got a little to “bro-ish” in a recent interview with Digital Spy for the upcoming Avengers: Age of Ultron when they were asked about Scarlett Johansson’s character’s relationships with the various male stars.

At first many believed she would be with Hawkeye (Renner) or Captain America (Evans) but then became close with Bruce Banner/The Hulk played by Mark Ruffalo, confusing everyone.

When asked what they thought about it all, Renner stated simply, “she’s a slut” while Evans burst out laughing saying he was going to say something similar and then stated, “she’s a complete whore.”

Immediately both actors were being slammed for their comments being sexist as they continued to say it was a “trick” and she “leads everyone on.”

While many are outraged over the comments, others are defending the two actors as they were clearly joking and the question was set-up to imply she does seem to be getting close to quite a few of them.

As a result of the intense backlash, both stars have issued apologies for what they said in the interview. “Yesterday we were asked about the rumors that Black Widow wanted to be in a relationship with both Hawkeye and Captain America. We answered in a very juvenile and offensive way that rightfully angered some fans. I regret it and sincerely apologize,” Evans stated.

“I am sorry that this tasteless joke about a fictional character offended anyone,” Renner also said. “It was not meant to be serious in any way. Just poking fun during an exhausting and tedious press tour.”

Watch the interview below!