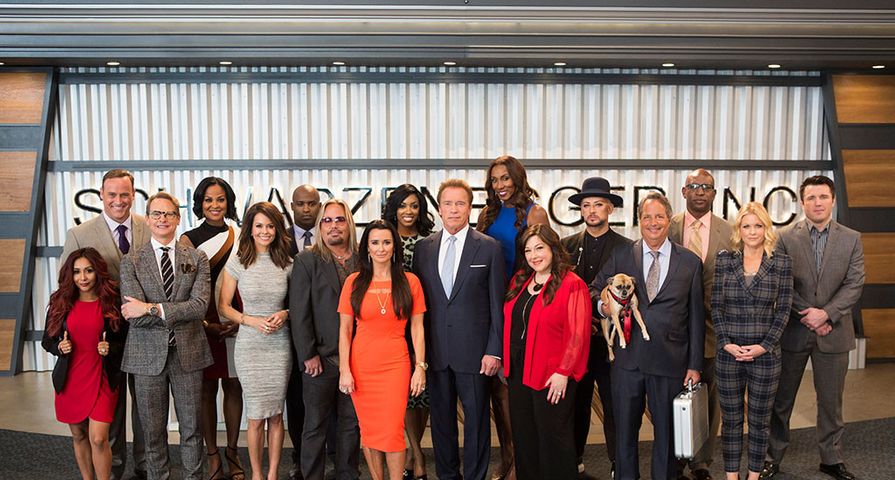 Naturally, they had to give the former Governator his own catch phrase and if you’re a Schwarzenegger fan you can probably guess what it is. Inspire by his iconic Terminator role, Schwarzenegger’s new go-to line when firing a contestant is “You’re terminated.”

Last night was not only Schwarenegger’s debut as host, but we also met his bevy of famous apprentices including Laila Ali, Brooke Burke-Chavet, Jon Lovitz, Nicole “Snooki” Polizzi, and Kyle Richards, just to name a few. Unfortunately the premiere episode saw two stars get “terminated” and those unlucky two were singer Carnie Wilson and YouTube star Carrie Keagan. “The first one wasn’t easy. But you know the line now, and the celebs know my expectations,” Schwarzenegger tweeted following the premiere, adding, “Take risks, give everything.”

The New Celebrity Apprentice airs Mondays at 8.p.m. on NBC.