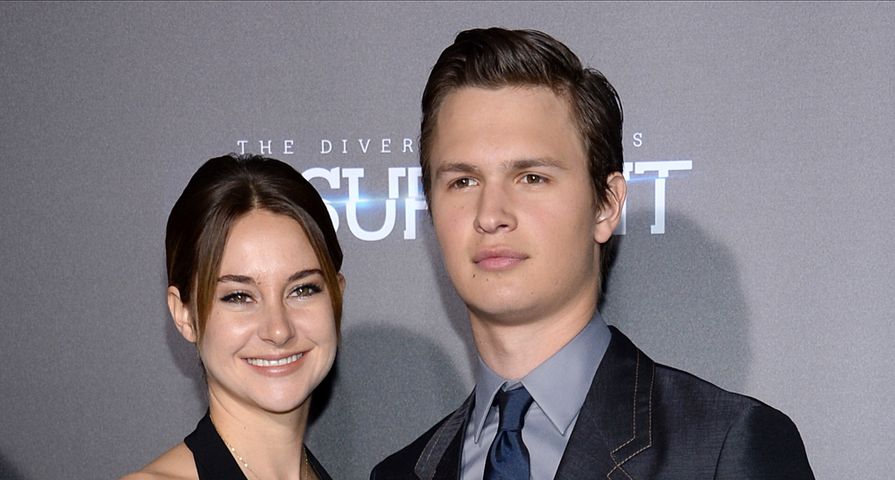 It’s no secret that actor Ansel Elgort is very much in love with his girlfriend, Violetta Komyshan, but it would not surprise anyone if he were to date his recurring co-star Shailene Woodley.

The two had amazing chemistry in 2014’s The Fault in Our Stars and now both are starring in the hugely popular Divergent franchise, but as it turns out there is nothing but platonic love there.

As the cover-boy for Seventeen magazine’s April issue, he explained that guys and girls can in fact be just friends: “Me and Shailene have a really platonic relationship. I’ve never once wanted her sexually, which is nice. But for me, if a person is someone I’m attracted to, and she’s my best friend, hopefully we’re dating.”

While he may not be dating Woodley, she would be one lucky lady if they were as the 21-year old hunk described that he likes to spoil his ladies and be shamelessly romantic: “I like to buy girls shoes and jewelry. I buy stupidly expensive shoes. I got Louboutins for my mom and my girlfriend before” he revealed.

“I like romantic dates — going on a long walk in Central Park and then taking the subway downtown and going out to eat and ordering oysters. After that, you walk around again and talk. Morning dares are nice, too. I love doing romantic sh–. It’s fun. It’s like your living in a movie.”

Ansel Elgort and Shailene Woodley can next be seen on the big screen together for the second installment of the Divergent series when Insurgent hits theaters Friday March 20.