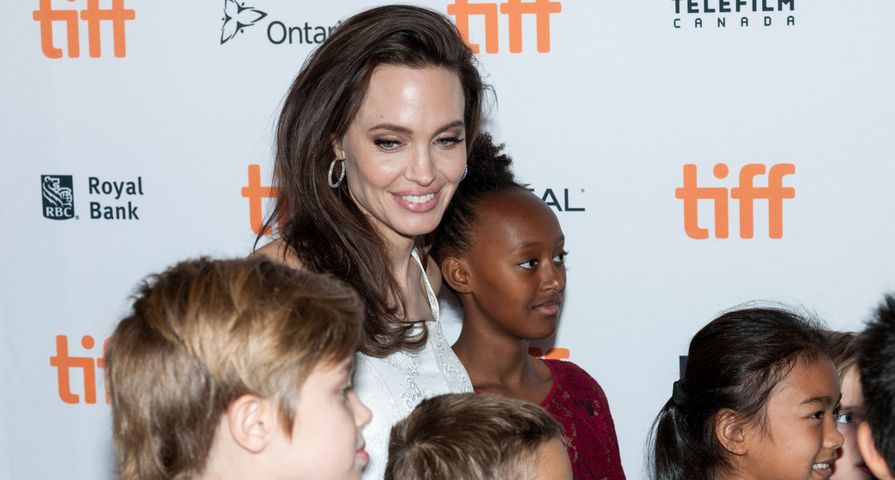 Angelina Jolie and her children made an appearance at the premiere of The Breadwinner at the Toronto International Film Festival on Sunday, September 10!

Jolie is one of the producers of the animated film and the story surrounds Parvana, a young Afghan girl who disguises herself as a boy to support her family after the Taliban detains her father.

The 42-year old actress and director appeared with five of her six children whom she shares with ex Brad Pitt. Pax Jolie-Pitt, 13, Zahara Jolie-Pitt, 12, Shiloh Jolie-Pitt, 11, Knox Jolie-Pitt, 9, and Vivienne Jolie-Pitt, 9 all were in attendance. Maddox Jolie-Pitt, whom Jolie previously shared was her inspiration when directing the film, did not make an appearance and Jolie did not address the absence.

Speaking about The Breadwinner, Angelina previously shared, “I love this story because it says so much about family, about people, and the sad reality of so many girls having to work and not getting to go to school.”

“The country deserves this film and needs this dialogue. I also made it for Maddox. I wanted him to work on it—to see it. He was going to immerse himself in what his birth parents went though. ”

“Millions of young girls like Parvana [from The Breadwinner] are growing up today under oppression or conflict and helping their families to survive in those conditions. This story is a reminder of the immense value of their contribution,” she also shared in 2015 of the story.