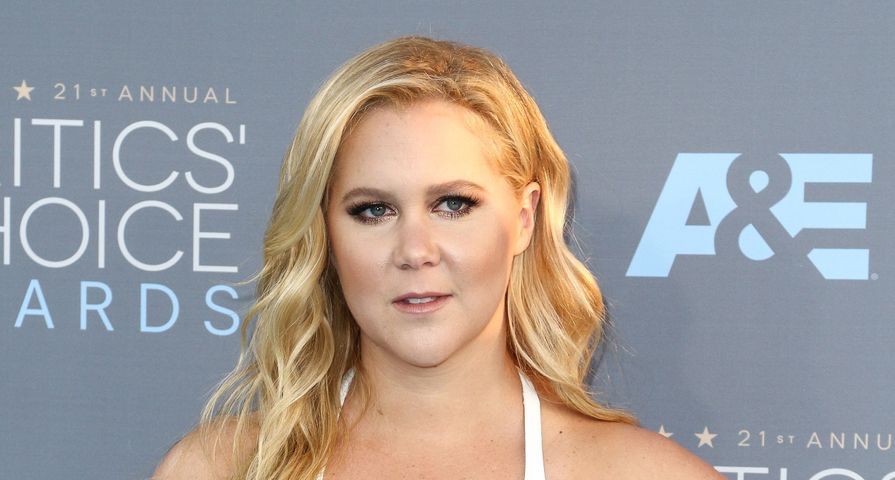 Amy Schumer’s life could have been a lot different, by the sounds of a very serious surfing accident she was involved in as a teen. The superstar and Hollywood’s number one funny woman is also the cover girl for Vanity Fair‘s May issue and, amid all of the things she went into for the cover story, she also opened up about the traumatic day.

“I have a pretty bad scar on my leg from surfing. Forty-one stitches, three layers. I skegged myself. My whole fin went into my leg and I had to yank it out. I was by myself,” she explained.

She then went on to explain that this all happened in the winter, so there was not very many people at the beach to help her, but after dragging herself to shore she was able to find someone and ask for help. “I was like, ‘I need you to hold my leg.’ I was delegating. And he held my leg closed with his bare hands – just fat and blood coming out.” She went on, “I wish I knew who that guy was, because he saved my life, for sure. He had blue toenail polish and nail polish; he had long stringy hair. And I remember him being beautiful. Anyway, he held my leg closed.”

Luckily, her dad was able to get to the beach to get her, and through it all Schumer said she kept cracking jokes. “People kept putting towels and towels on me. I was like, ‘I’m not cold – there’s a hole in my leg.’ I was making jokes. It took maybe 15 minutes for the ambulance to get there.” After knowing she wasn’t going to die, Schumer said she was still very worried about losing her leg and her first thought was: “Now I’m going to have to go and be a speaker at high schools, and, like, motivate people.” “I was so annoyed about my life. I was just like, ucchh. And then it was fine.”