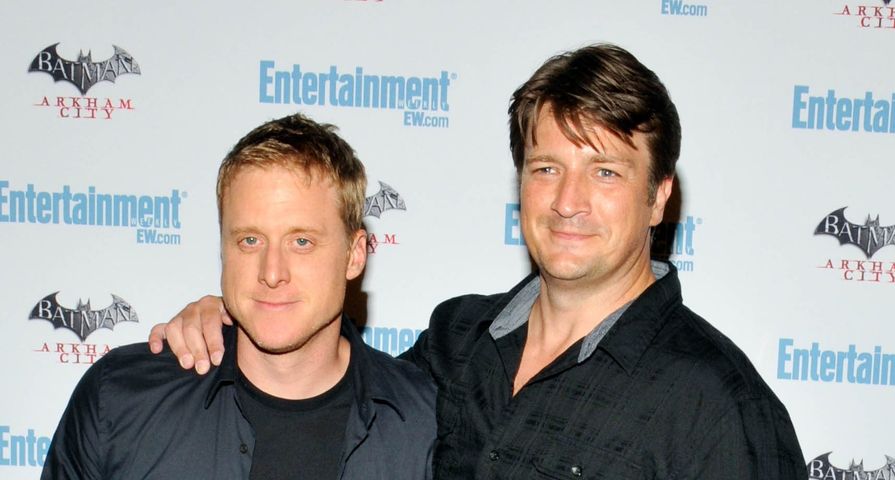 What did two dudes like this expect? If you remember, Nathan Fillion and Alan Tudyk were the stars of the short-lived, but quite wonderful Sci-Fi show in 2002, Firefly. They went on later to share some screen time in the same universe with the film Serenity. A film which gained a cult following, and allowed studio heads to finally realize, “Hey, this Joss Whedon is ahead of the curve.”

Well. We all know Joss has moved on to the hugest of huge things, but what about Nathan and Alan? Sure, they’ve both done stuff, and are doing stuff… and it could be argued that no actor has ever approached the brilliance of Alan Tudyk in Dodgeball: A True Underdog Story, playing the iconic role of Steve The Pirate. However, they long for more. For a reunion of sorts.

Now, the two actor/writers/producers/directors have put together a little something entitled Con Man, and they’ve taken to IndieGoGo to pitch it. Yes, they’ve exceeded their funding goal by some 250%. The series is geared toward 10 minute webisodes, and it’s about about guys who were once on a popular, Sci-Fi TV Show which was cancelled way too soon.

The episodes will follow the two characters into the world of the comic conventions that they regularly attend, while one of the characters–played by Nathan Fillion–experiences the walk of fame. According to Tudyk, Fillion’s character is like “Matt Damon famous.”

Their campaign video was very simple, and comedic and it featured several other celebrities who are beloved among Sci-Fi nerds: Seth Green, Felicia Day, Gine Torres and Guardians of The Galaxy director, James Dunn.

And that’s what it takes to raise over a million dollars, folks.