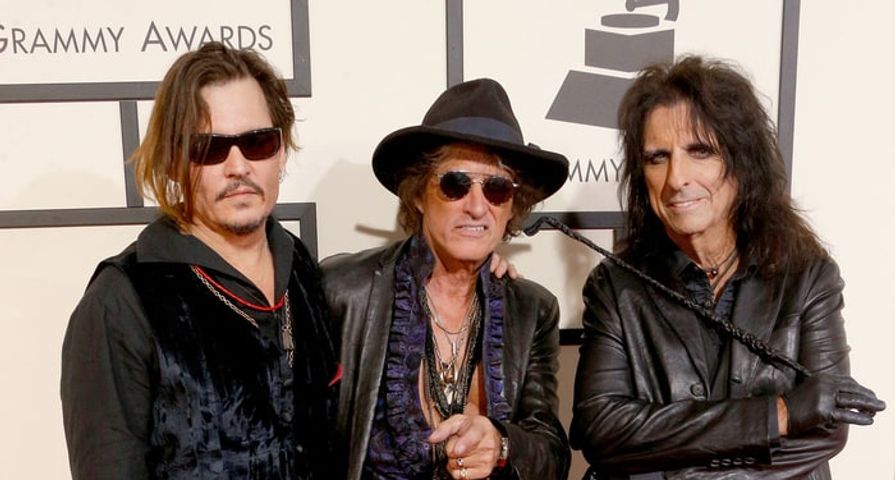 On Sunday, July 10, rock n’ roll guitarist Joe Perry was hospitalized after he nearly collapsed on stage while performing at the The Amphitheater on the Coney Island Boardwalk.

The 65-year-old Aerosmith guitarist was performing with his second band, Hollywood Vampires, when he stumbled and had to sit down to play guitar. Shortly after, Perry was seen walking unsteadily off stage. NBC News confirmed that emergency staff were called to the venue around 9:40 p.m., and brought Perry to a nearby hospital for treatment. The New York Post reported that Perry had gone into cardiac arrest. He is now in stable condition.

The band, which also features Alice Cooper and Johnny Depp, continued the rest of the set without Perry. They canceled their meet-and-greet after the show. Following the performance, Cooper took to Twitter to update the band’s fans about Perry’s condition. “Thanks to everyone asking about our brother @JoePerry. He is stable right now, with family & is under the best care,” Cooper wrote.

Perry, Cooper, and Depp formed the Hollywood Vampires back in 2015, in homage to the legendary drinking club frequented by musicians during the 1970s. The band has been on tour since May. It is unknown at this time whether the band will postpone any of their performances.