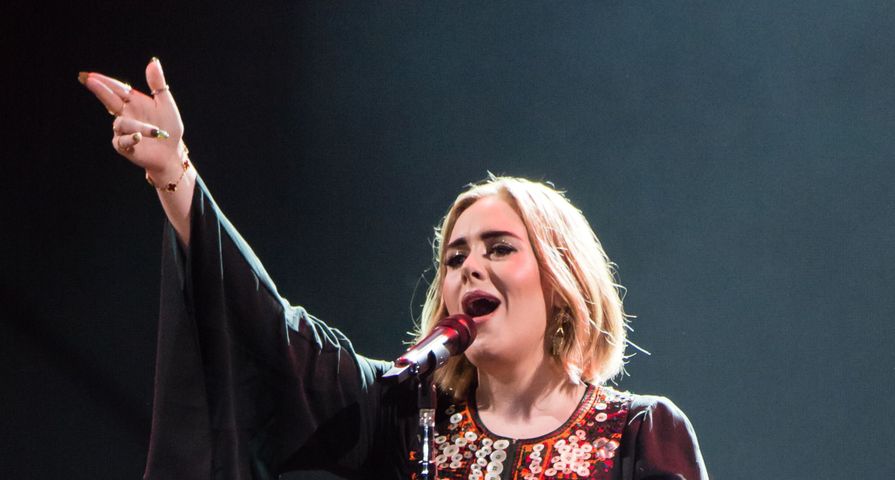 In a couple of rare photos, Adele shared what she looks like without her signature cat-eye makeup, lip color, and perfectly managed hair.

On Wednesday, the 28-year-old singer shared a couple of black and white photos of enjoying herself during her visit to Vancouver, Canada. In one photo she’s seen leisurely sitting on a patio as she looks to something out of view on her right. A glass of wine by her side, the singer is relaxed, casual, and without makeup. She looks absolutely gorgeous and natural.

In the second photo, Adele dons a work shirt that reads “Canucks Security.” With her hair messily tied up in a bun, the makeup free singer gives the camera a serious face. She’s clearly taking her new law enforcement role very seriously!

Adele is no stranger to being “real,” as the singer has made several headlines for chatting with fans, singing Spice Girls songs, and kicking off her shoes mid-concert.

Adele is currently on tour where she’s scheduled to perform for two dates in Vancouver, British Columbia, Canada. After wrapping up her show tonight, she’ll be travelling to Seattle, Washington, where she will perform two concerts at the Key Arena.