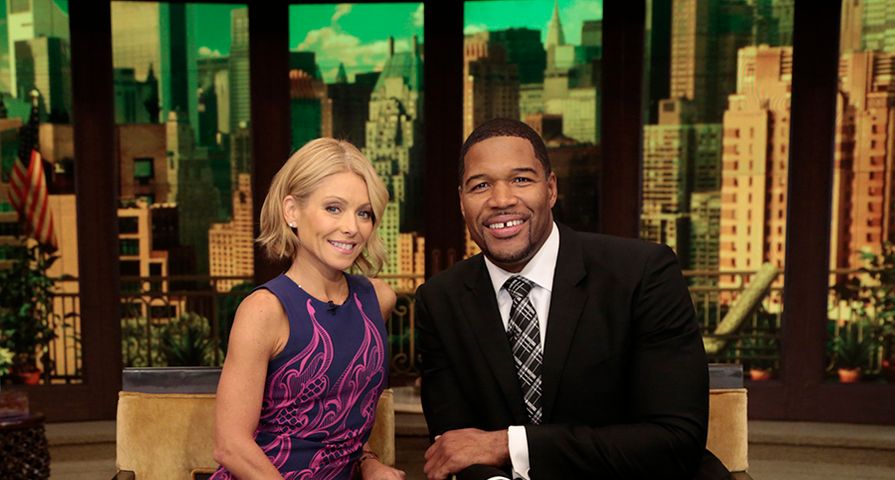 Earlier this year, media headlines were dominated by the drama that ensued after it was announced that Live! With Kelly and Michael co-host Michael Strahan was going to be leaving the show.

Not only was he leaving however, he was being promoted to a full time position on Good Morning America, and then there was the fact no one told Kelly Ripa about any of it which really opened up a firestorm of drama. Now that the dust has settled, ABC executive Ben Sherwood is opening up about what happened. “I have most definitely thought about it, and I think that enough has been said about it,” he told The Hollywood Reporter. “We made some mistakes, we fixed them quickly and we moved on.”

As audiences are well aware now, blindsiding Ripa with the move was not the best idea and she ended up taking an extended leave prior to her holidays, and then ABC went ahead and ended Strahan’s contract with the show four months earlier than scheduled because of the drama and tension it created on set.

Now, Sherwood said things are back on track for the Disney/ABC broadcasts, stating, “I was on the set of Live recently. The show is in great shape, Kelly is in a great place, the hunt for a new co-host is underway, the excitement is building, and I believe the future of that show is bright.”

After everything that happened, he also added there was one major takeaway: “I certainly learned that more communication is better.”