The Good Doctor: 10 Things To Know 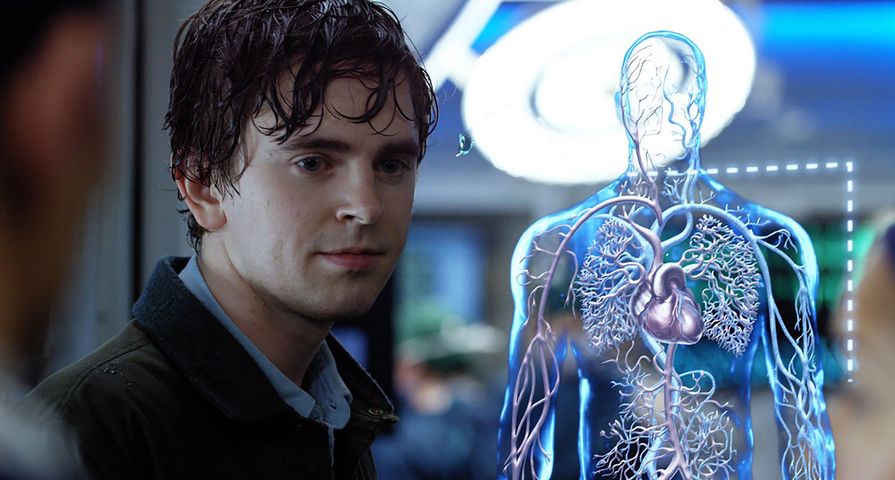 Every fall and winter, the biggest networks on TV launch some of their most anticipated new shows, and it is all up the audiences on whether they are hits or not. ABC has built itself one of the best roster of shows, ranging from dramas to comedies to reality shows, but undoubtedly the network’s biggest show for the past decade has been Grey’s Anatomy. Now, ABC is expanding further into medical dramas with their new show The Good Doctor which premieres on Monday, September 25. The Good Doctor has been one of the most promoted new series, and it is already gaining a lot of interest. Here is everything you need to know about the series:

The Good Doctor has actually been in the works for an English television series since 2014 when CBS began developing an American remake of the South Korean drama Good Doctor. The series aired in 2013 in South Korea and only lasted 20 episodes, but it did have strong ratings and was nominated for several awards. After CBS didn’t pick up the American version of the show, it moved to Sony Pictures and in October 2016 ABC committed to a pilot with development from David Shore and Daniel Dae Kim.

The Good Doctor follows the story of a young pediatric surgeon named Shaun Murphy at San Jose St. Bonaventure Hospital in California. While he is a very talented surgeon, Murphy also has autism and savant syndrome which complicates his professional life as some hospital staff and board members are afraid that Murphy’s lack of communication skills could make him a danger in the operating room. “There’s going to be people who think he doesn’t belong there for a while. He’s going to have to prove himself,” creator David Shore said. “He’s a catalyst for change among the other doctors. His different way of looking at the world will, I think, inspire them.”

One of the reasons ABC has a lot of faith in their new show is because of the amount of talent they have not only in front of the camera, but behind it. Creator David Shore started his career working in writing and producing on shows such as Family Law and NYPD Blue, but most notably he is the creator of the hit series House which had a very successful eight season run from 2004-2012. Meanwhile beloved former Hawaii Five-O actor Daniel Dae Kim is in the role of producer and was a key factor in bringing the South Korean series to America. “I loved the message of it, it was a very familiar genre to American audiences in that it’s a medical show. That was the impetus for me to try and bring it over,” Kim said of his involvement with the show. With David Shore and Daniel Dae Kim as the developers and executive producers, The Good Doctor also has producers Sebasatian Dong Hun Lee and David Kim on board.

The entertainment industry and Hollywood in particular has come under fire for not representing minorities and especially those with physical or mental differences or challenges, so the creators knew it was very important how they portrayed the character of Shaun Murphy. “We saw a lot of documentaries. We consulted with people. We have people on the spectrum who we’re working with,” he said of the team doing their research in order to represent a character with autism the right way especially as actor Freddie Highmore is not on the spectrum. Shore added it was also important not to stereotype as well. “Savant syndrome is rare, even within the community of people with autism. I think it’s a legitimate question, and we want to make sure that we don’t represent him as being representative in any way.” He also said of the character, “He is a very specific character. He’s not there to represent autism.”

The actor who took on the lead role and challenging character of Shaun Murphy is 25-year-old Freddie Highmore. Highmore has been acting since the age of seven and most notably appeared in Finding Neverland, 2005’s Charlie and the Chocolate Factory, August Rush, and starred as the psychopath killer Norman Bates in Bates Motel from 2013-2017. “It’s nice to save people after years of killing them,” the actor joked of his new role in The Good Doctor versus his most recent Norman Bates role. “The character of course was a fascinating one, and it all starts on the page, what we are trying to do is moving away from perhaps the stereotypical versions of people with autism that have been shown on television and in certain movies in the past, the number one thing being that they are somehow devoid of emotion, that they don’t experience a broad range of emotions as neurotypical people do, and of course that’s complete nonsense.”

With Highmore in the starring role of Shaun Murphy, he is surrounded by an equally talented supporting cast. Highmore was the second actor hired to the show after Antonia Thomas who was cast as Dr. Claire Browne, a fellow doctor who will form a “special connection” with Shaun Murphy. Nicholas Gonzalez has been tapped to play Dr. Neil Melendez, the head of the surgical residents, while Richard Schiff, best known for his roles in The West Wing and Man of Steel, will portray Dr. Aaron Glassman, who defends and supports Shaun Murphy’s job in the hospital. Other stars include Hill Harper, Chuku Modu, Irene Keng and Beau Garrett.

With David Shore being best known for the creation of House, it didn’t take long for comparisons to start to be drawn not only between the two shows, but the two lead characters as well. “There was speculation as we went along about Dr. House and we certainly didn’t shy away from that. The characters though ultimately couldn’t be more different,” Shore said of questions during House‘s run if the lead character was in fact on the spectrum because of his cranky, antisocial behavior. Shore added, “Yet they’re, in a way, asking many of the same questions. They’re asking why we do the things we do,” he said of The Good Doctor’s Dr. Shaun Murphy, and House‘s Dr. Gregory House.

Many were skeptical about The Good Doctor early on, but with over three million views on its first trailer, there are sure to be many tuning in to at least give the series a shot. An early review from TVLine states, “The Good Doctor boasts great DNA… [and] has the potential to be a refreshingly thought-provoking hospital drama, base on the buttons pushed in the pilot alone.”

As the show along with its cast and crew hope to respectfully portray a main character with autism and savant syndrome, some of the cast spoke out to them that the character is also important to them for personal reasons. Richard Schiff, who portrays Dr. Ira Glassman, said in an interview, “I have a history with this particular challenge of autism with a couple of different people in my life. I personally appreciate any person in real life that steps out of their way to save a life, so to speak, even if it’s psychologically.”

The Good Doctor premieres on Monday, September 25 at 10/9c on ABC and is set to hold that time slot for the duration of the fist season. While the series is set in California, like many other hit series and films, filming actually took place in Vancouver, Canada, so Canadian fans can be on the lookout for any recognizable places!