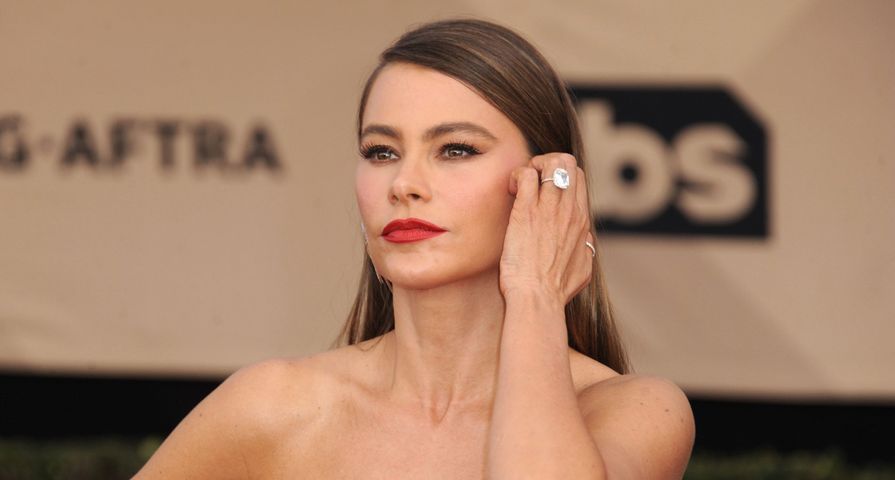 With millions of dollars at their disposal, it’s no surprise that celebrities are able to afford the best of the best when it comes to diamonds, but even more so with engagement rings! The first reaction to every celebrity engagement announcement is always, “but what does the ring look like?!” so follow along as we recall 12 of Hollywood’s most expensive, massive and sometimes downright ridiculous engagement rings:

George Clooney proposed to human rights lawyer Amal Alamuddin back in April 2014 with a huge sparkler that cost Clooney a rumored $750 000! Clooney’s choice was a seven-carat, emerald cut diamond that definitely sparkles from the across the room. The ring was so glamorous that Amal actually made the decision to downsize to a simple band for a more understated look for when she’s working on serious cases and to avoid unwanted attention on the massive rock on her hand.

Jennifer Aniston’s ring from husband Justin Theroux could be spotted from a mile away! Although she loves her husband’s choice of ring, she has previously admitted she would have chosen something more modest for herself. “It’s a rock, I know. He rocked it up. It took me a while to get used to it,” she confessed in an interview. “I’m not a diamond girl. I’m more Indian jewelry and stuff.” The “rock,” as she refers to it as, is actually rumored to be a staggering eight-carat emerald cut diamond with an estimated price tag of $1 million.

Modern Family star Sofia Vergara’s engagement ring from fiance Joe Manganiello received huge media attention! The bling piece is a vintage-style platinum halo ring with a large cushion cut center diamond that jewelers estimated between 5 to 7 carats and cost around $500 000 plus! Manganiello popped the question in 2014 on a trip to Hawaii after a whirlwind 6-month relationship with Sofia and the two married in November 2015 at a lavish location in Palm Beach, Florida.

Enrique Iglesias and Russian tennis player Anna Kournikova met on the set of his music video “Escape” and sparks flew instantly! Iglesias reportedly proposed with a $2.5 million dollar Argyle Pink Pear-Shaped Diamond that is absolutely enormous! The ring is allegedly an 11 carat Australian diamond with trillion cut side stones. As if the pink diamond wasn’t enough, Iglesias later gifted Anna an additional engagement ring in 2009 that was a Radiant cut Canary Yellow diamond ring!

Lisa Vanderpump has a serious rock on her finger from husband Kenneth Todd! The enormous emerald-cut ring with a double halo is estimated to be around 20 carats and to have cost around $2 million dollars. Restauranteur Todd gifted the ring as an upgrade to his original 1984 ring to her, according to Us Weekly.

Blake Lively’s engagement ring from Ryan Reynolds is absolutely stunning! Ryan Reynolds popped the question with a 12-carat oval-cut diamond that is estimated to be valued at $2 million dollars! Lively’s sparkler was designed by celebrity jeweler Lorraine Schwartz and features a light pink oval diamond set in pave diamonds and rose gold.

Fashion connoisseur Victoria Beckham has upgraded her engagement ring a whopping 13 times! We’ve seen everything from a yellow-hued baguette to a square-cut emerald and even a giant diamond pear cut. Naturally, a fashionista of Victoria Beckham’s magnitude needs an engagement ring to match every outfit. The ring pictured is a radiant cut diamond estimated to be over 15 carats and worth half a million pounds.

Fashion all-star Kanye West took all the stops when designing this cushion cut engagement ring for Kim Kardashian! “Kanye looked at many beautiful diamonds, he wanted a perfect stone. He wanted it to look like the diamond was floating on Kim’s finger!” a rep for Kanye shared with Us Weekly at the time. The 15-carat Lorraine Schwartz stunner features a brilliantly cut square-shaped solitaire in a thin band with pavé diamonds and is rumored to have cost Kanye $1.25 million.

Elizabeth Taylor most definitely compiled an impressive jewelry collection throughout the eight different marriages in her lifetime! The most iconic piece she owned, however, was the engagement ring gifted to her by the great love of her life, Richard Burton. Five years into their marriage, Burton upgraded her ring to one of the most renowned diamonds in the world, the Krupp asscher cut, now known as the Elizabeth Taylor diamond. The ring was an incredible 33.19 carats and despite it’s size, she reportedly wore it nearly everyday!