Home » Entertainment » TV » Young and the Restless’ 5 Most Famous Doppelgangers

Young and the Restless’ 5 Most Famous Doppelgangers 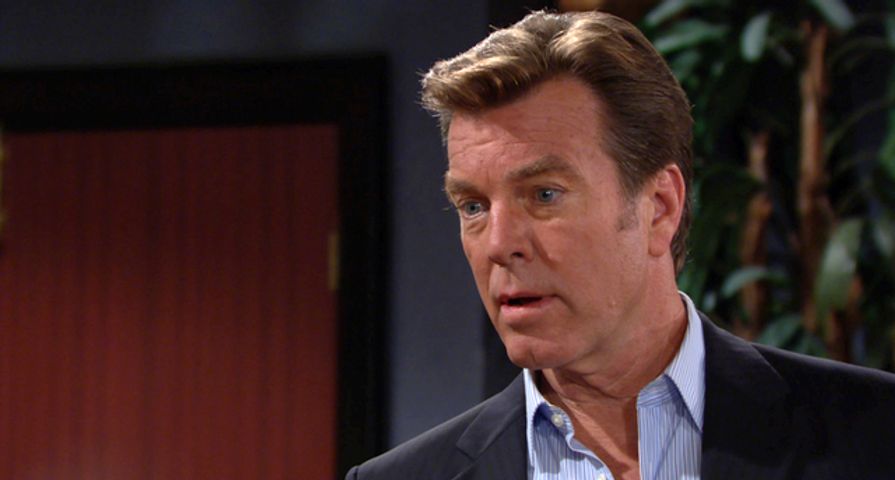 The Young and the Restless has delivered many different plot lines over their long history and many interesting characters both long-term and short-term. But what is a soap opera without a look-alike to stir things up? Here are a few of the doppelgangers who made an impact on the show.

Marge Cotroke was first introduced as Katherine’s look-alike back in 1989 when Kate had been kidnapped and Marge, who Katherine thought was merely a puppet, took over her life fooling her husband, Jill and everyone else. When Kate eventually freed herself — the conspirators all went to jail, but Kate felt a connection to Marge. We never heard from her again until her reappearance in a bar in 2008. Marge was subsequently killed in a drunk driving accident and everyone believed Katherine had died until eventually the truth came out that Katherine was alive. Marge was a very colourful character and Jeanne Cooper played both parts very well.

The battle between Lauren Fenmore and Sheila Carter is the stuff legends are made from, with a hatred for each other dating back as far as 1990. It all started with Sheila’s obsession with Scott Grainger and her switching of Lauren’s baby at birth. After years of terrorizing, kidnapping and attempted murder of Lauren, in 2006, events led up to Sheila Carter having plastic surgery to look like Phyllis Newman. She then kidnapped Phyllis with babies, Summer and Fen. Eventually, Lauren found the two Phyllises shooting the fake Phyllis dead…leaving viewers with some uncertainty as to whether or not it was Sheila or the real Phyllis. Never a dull moment when Sheila Carter is in the picture.

There has been an ongoing rivalry between the Newman and Abbott families for decades — more specifically Victor Newman and Jack Abbott. Victor came up with a plot to get Jack’s less than mentally stable ex-girlfriend Kelly to kidnap Jack and keep him captive while he hired a Mexican drug runner, Marco Annicelli, to take over Jack’s life since he happens to be Jack’s doppelganger. After months of deception and multiple murders, Jack finally gets free and returns to Genoa City. Without most people being the wiser to the substitution, Victor makes Marco disappear and Jack goes back to his own life and tries to pick up the pieces and undo the damage Marco did to his relationships. Peter Bergman was brilliant in both roles making it hard to remember that both people are played by one actor. Have we seen the last of Marco? Or is yet another showdown in Jack’s future?

First appearing in 1993, Blade Bladeson made an appearance as a photographer for Jabot Cosmetics. He and Ashley eventually fell in love and got married. Blade’s secret twin brother Richard came to town and become romantically involved with Mari Jo Mason leading Ashley to believe that Blade was having an affair. When confronted, Blade did not tell Ashley about his twin brother causing trouble in the marriage. They tried to reconcile their marriage on a trip to St. Thomas where Richard kidnapped his brother and took his place with Ashley who liked the changes in Blade. Not long after, Blade escaped and forced Richard to leave town. Unfortunately, not long after, Blade was killed when his car was struck by a train. Richard revealed who he was to Ashley and she threw him out and took off to Paris. Richard was then forced to leave town.

Daughter of Nick and Sharon Newman, Cassie was a loving daughter who at fourteen years old, lost her life after a traffic accident where she tried to drive her older love interest home since he was drunk. She came back as a ghost a few times to her grieving parents until the beginning of 2014, when an unstable Sharon thought she was hallucinating and seeing Cassie; however, it turned out to be Mariah, her twin. Victor had hired the Cassie look-alike to drive Sharon to the edge and reveal a secret, but it ended up almost driving her crazy. Eventually it was revealed that Mariah was actually Cassie’s twin sister that even Sharon didn’t know existed because she was heavily drugged when she gave birth and the babies were taken away. Mariah is now part of the Newman family and very protective of Sharon, her unstable mother. She is also best friends with Kevin. What is in store next for this interesting Cassie double?