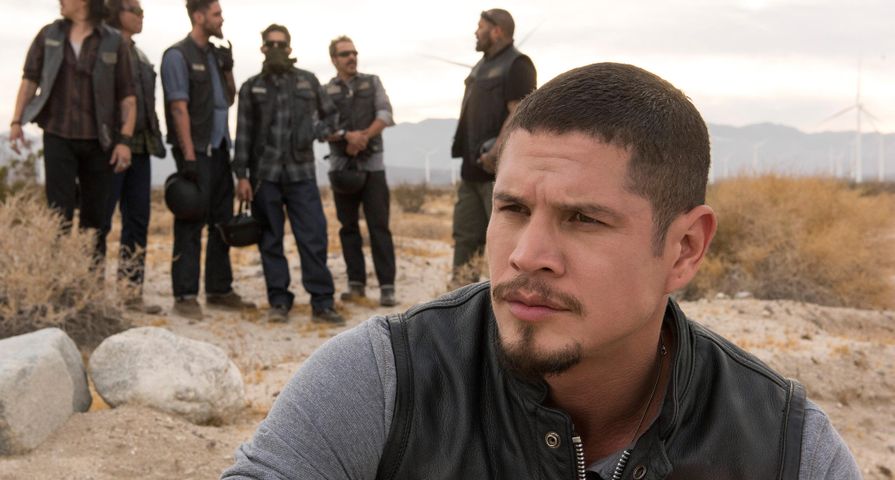 Reboots and revivals aren’t the only things keeping shows alive these days as spinoffs just keep on coming from some of TV’s most popular shows. Over the years, networks have seen some spinoffs become just as successful as the series they came from, while others have shockingly failed despite a solid fanbase around the character being followed. Just recently there has been a resurgence of spinoffs and there are many more on the way, even some you might now know about. Here are some of the most anticipated spinoffs coming to TV ranked:

Passionate Game of Thrones fans are still coming to terms with the fact that the eighth season will be the last, but there is hope on the horizon! Before the final season has even aired, at least one Game of Thrones spinoff, with potential for others, has already been announced. It has been confirmed that at least five ideas for a spinoff were presented, but HBO has ordered a pilot for a prequel set about 10,000 years before the events of A Song of Fire and Ice began. The plot will “chronicle the world’s descent from the golden Age of Heroes into its darkest hour,” according to an initial pitch of the spinoff with the network adding, “From the horrifying secrets of Westeros’ history to the true origin of the White Walkers, the mysteries of the East to the Starks of legend… it’s not the story we think we know.” HBO has not confirmed when production will start, but the network has confirmed another Game of Thrones series will not air until at least a year after the finale which means at earliest the spinoff will air in 2020. While anticipation is high for this spinoff, it is still quite some time away and nothing is set in stone just yet.

There is no denying that Jessica Pearson is one of the most incredible women on TV in recent years, and that is why she is getting her very own Suits spinoff. Since it is impossible for Meghan Markle to return now, there definitely won’t be a Rachel and Mike story to spinoff, but in the spring of 2018, USA Network confirmed it had given a greenlight to the Jessica Pearson spinoff starring Gina Torres. “Gina’s portrayal of Jessica Pearson as one of television’s strongest, most successful businesswomen has made a huge impact with fans,” said Chris McCumber, President, Entertainment Networks, NBCUniversal Cable Entertainment. “We can’t wait to explore this next chapter in the Suits legacy –- and a brand new world for Jessica.” As Suits fans know, Pearson left New York to navigate the world of Chicago politics which is sure to stir up just as much drama as the legal world.

You know a show is popular when its spinoff gets a spinoff! Before The Vampire Diaries even came to an end, the story continued with The Originals and while that series may now be over as well, things are continuing once again with Legacies. Legacies follows Hope Mikaelson, the daughter of Klaus and Hayley, and picks up two years after the ending of The Originals. Hope along with the Saltzman twins attend the Salvatore School for the Young and Gift where vampires, werewolves, witches and more learn to master their supernatural abilities. Legacies premieres October 25 at 9/8c on The CW following Supernatural which means it has a strong lead-in to boost viewership. While fans certainly are excited for the next addition to the storyline, a spinoff of a spinoff is a bit much and there is no telling if it will follow the same success as its predecessors.

Everyone is well aware that Netflix’s powerhouse series House of Cards took an unexpected hit after sexual assault allegations against star Kevin Spacey caused the streaming giant to fire him. Now, Netflix is looking to move on from the scandal and recover with an all-new spinoff of the series. While nothing has been set in stone, Netflix reportedly has a few ideas on how to proceed including a spinoff that could revolve around Michael Kelly’s Doug Stamper. Even though there are no details about the House of Cards spinoff just yet, many fans are fully onboard especially after the fantastic show didn’t get the final season it deserved because of the Spacey controversy.

8. Dancing With the Stars: Juniors

After nine great seasons, The Middle came to an end on ABC on May 22, 2018 and while fans were devastated, it didn’t take long for the network to confirm they were hoping to continue the story with a spinoff. After months of rumors, ABC finally confirmed in July 2018 that it had given the greenlight for a spinoff following the Heck’s hilariously awkward daughter, Sue. The spinoff would follow Sue Heck as she navigates the life of being a twentysomething eternal optimist form the small town of Orson living in the big city of Chicago and trying to build her career. The Middle creators Eileen Heisler and DeAnn Heline are attached as writers and executive producers and Heisler and Heline’s Blackie and Blondie Productions will produce in association with Warner Bros. Television. For the most part, The Middle fans can’t wait for the spinoff, but no word yet on when it will be set to air.

Freeform’s decision to launch the Pretty Little Liars spinoff The Perfectionists was a bold one considering the first spinoff, Ravenswood, failed and only lasted one season before it was canceled in 2014. Now that PLL is officially over after seven seasons though, the network is expecting The Perfectionists to perform much better. The series follows original Pretty Little Liars stars Sasha Pieterse and Janel Parrish reprising their roles as Alison DiLaurentis and Mona Vanderwaal who head off to Beacon Heights, but mystery follows. The logline from Freeform reads: “Everything about the town of Beacon Heights seems perfect, from their top-tier college to their overachieving residents. But nothing in Beacon Heights is as it appears to be. The stress of needing to be perfect leads to the town’s first murder. Behind every Perfectionist is a secret, a lie and a needed alibi.” With a trailer already out, The Perfectionists is set to premiere in 2019!

After all of the hype around the Roseanne revival, ABC quickly ordered two more seasons, only for everything to fall apart when the network swiftly fired Roseanne Barr and canceled the show after the star’s racist tweet. Almost immediately after the cancellation rumors spread that ABC wanted to continue on with its cast and crew minus Roseanne Barr and have a show centered around Sara Gilbert’s Darlene Conner. In June 2018 the network made the official announcement it was putting the spinoff into production and it would star all of Roseanne’s original stars aside from Barr herself. “This iconic family – Dan, Jackie, Darlene, Becky and D.J. – grapples with parenthood, dating, an unexpected pregnancy, financial pressures, aging and in-laws in working-class America. Through it all, the fights, the coupon cutting, the hand-me-downs, the breakdowns – with love, humor and perseverance, the family prevails,” a synopsis for The Conners read. Although some fans aren’t supportive of the show without Barr, others are happy to see where the spinoff will lead. The Conners premieres Tuesday, October 16 at 8 p.m. on ABC.

ABC announced yet another spinoff for the network with Schooled. The new series is a spinoff from the hilarious sitcom The Goldbergs and is set to follow the educators at William Penn Academy in the next decade — the ’90s. Tim Meadows’ Principal Glascott and Bryan Callen’s Coach Mellor will be joined by The Goldbergs star AJ Michalka reprising her role as Lainey Lewis, who after graduation decided to become a teacher, and ends up working at her old high school. Although the spinoff has undergone a few changes since going into development, it looks just as hilarious as the original series, and fans can’t wait to see what the ’90s bring to William Penn Academy. There is no premiere date set for Schooled, but it will most likely air in 2019.

After The Fosters came to an end in June 2018 after five successful seasons, Freeform decided it would continue the story of two fan-favorite characters with a spinoff, Good Trouble. Good Trouble will follow Maia Mitchell’s Callie Jacob and Cierra Ramirez’s Mariana Foster as they navigate life as young adults in Los Angeles. “It takes place about a year after—right after where the finale of The Fosters left us. So, Callie and Mariana have relocated to Los Angeles. They’re living downtown and they’re kind of lost. They have a lot of new roommates, and there’s going to be a lot of new characters,” Mitchell explained. “Callie is a first-year law clerk, so she’s working for a conservative judge, which she’s going to kind of struggle with and kind of try to reconcile throughout the season. And Mariana is working at a tech startup and kind of fighting the patriarchy. It’s quite political.” Creator and executive producer Peter Paige also hinted that fans should keep an eye for some other beloved characters from The Fosters to make an appearance on the spinoff! Good Trouble is set to premiere in January 2019.

2. The Chilling Adventures of Sabrina – Riverdale

Without a doubt, this coming TV season’s most anticipated spinoff is FX’s Mayans M.C. After years of rumors, the network finally committed to the Sons of Anarchy spinoff focused on the rival motorcycle club, the Mayans. Kurt Sutter is once again behind the spinoff which begins sometime after Jax Teller’s death and focuses on Mayans M.C. prospect Ezekiel “EZ” Reyes. The official description reads: “Mayans MC takes place two-and-a-half years after the events of Sons of Anarchy and will focus on the struggles of Ezekiel “EZ” Reyes, a prospect in the Mayan MC charter on the California/Mexico border. EZ is the gifted son of a proud Latino family, whose American dream was snuffed out by cartel violence. Now, his need for vengeance drives him toward a life he never intended and can never escape.” Mayans M.C. premieres on FX on September 4, 2018.