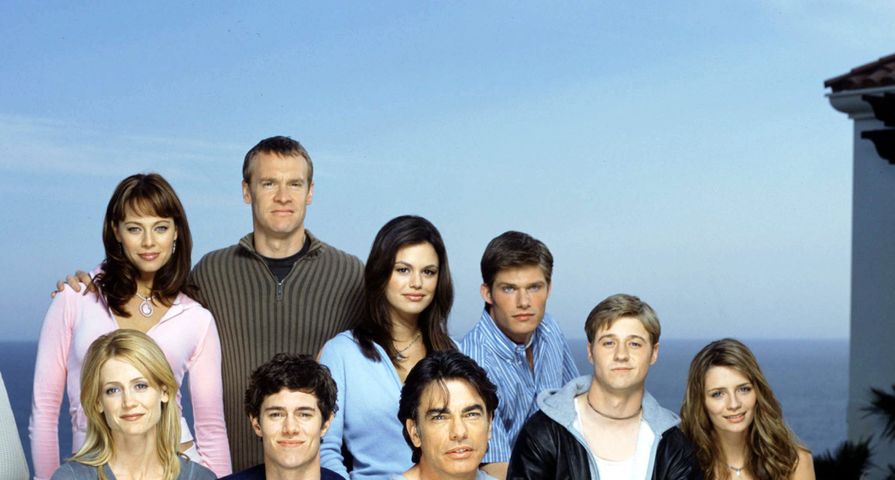 A time slot can really make or break a show and there is plenty of evidence that certain time slots are TV show death sentences. Friday night is considered the graveyard slot – it’s where shows go to die, so if a good show is moved to Friday evenings, it probably doesn’t stand a chance. Here are 12 shows that were ruined by a really bad time slot:

Once Upon a Time was the top-rated drama series when it first premiered and it became the number one non-sports program in the U.S. with viewers and young adults. For its first six seasons, the show aired on Sunday nights at 8 p.m., but for season seven, the show was moved to Fridays at 8 p.m. Ratings quickly began declining and the show was canceled before the seventh season finished airing. By the show’s finale, ratings had dropped 44% compared to the previous year, and the Friday night time slot bears some responsibility.

The supernatural series Sleepy Hollow was once a ratings hit for Fox, but during season three when the show was moved from Monday nights at 9 p.m. to Thursday nights at 9 p.m., ratings began to slip. They continued to slip once the show was moved to the Friday night time slot and made the show’s cancellation inevitable. When Fox announced that it wouldn’t be renewing the series for a fifth season, no one was that surprised.

During season one, Terminator: The Sarah Connor Chronicles aired on Mondays at 8 p.m., where it was the lead-in for 24, and then Mondays at 9 p.m., where Prison Break was its lead-in. Due to a schedule change from Fox and a two-month break in broadcast, the show was moved to Friday nights at 8 p.m. to pair up with the Joss Whedon show Dollhouse, which caused ratings to suffer, and then the show was canceled. Although there were numerous campaigns launched to revive the show or make a movie with it, nothing came of it.

After John Ritter passed away during season two of 8 Simple Rules, rumors began to circulate the show was going to be canceled because of low ratings. In spite of this, the show was renewed for a third season, but the show was moved to Friday night’s at 8 p.m., a time that is known as the “death slot.” Before Ritter’s death, the show was ranked at #42 in the ratings, but after his death and the time slot move, the show slipped to 94th and then was canceled in May 2005.

Season one of Dark Angel aired on Tuesday nights at 9 p.m. after That ‘70s Show and Titus and was popular with viewers. At the end of the first season, the show was moved to 8 p.m. on Friday nights to give the drama 24 a better time slot. Viewership dropped as a result and the show was then canceled. One of the other reasons that Fox decided to pull the plug on Dark Angel was because of the Joss Whedon series Firefly. Fox just didn’t want to pay for two big-budget shows, so Dark Angel had to go.

Joss Whedon’s show Dollhouse – starring Buffy Eliza Dushku – never got a fair shot. Initially, it was supposed to air on Monday nights before 24 but was then moved to Friday nights at 9 p.m., which is considered one of the worst time slots for a show. Throughout the show’s first season, ratings were lackluster, but they managed to improve enough for Fox to renew it for a second season, but the second season was short-lived. Although there were other contributing factors to the show’s cancellation, the Friday night time slot helped to doom the show.

For its first season, the police procedural show Rosewood aired on Wednesdays at 8 p.m. as a lead-in for the popular series Empire, which helped with its ratings. For season two, however, the show was moved to Thursdays at 8 p.m., which is when it began struggling with ratings. This struggle only increased when the show was moved to Friday nights. Less than two weeks after the season two finale, the show was canceled. Although there was some hope that another network would pick Rosewood up for a third season, it never happened.

The Joss Whedon sci-fi show Firefly only lasted one season and one of the many reasons that it was abruptly canceled had to do with its time slot – Friday nights, a time with historically low ratings. This problem was compounded by the fact that Fox aired all of the episodes out of order. The show’s ratings suffered as a result and it was canceled by Fox just three months after it debuted on the network.

When it first aired in 2000, Boston Public quickly became revered and garnered critical acclaim for its content and its ethnically diverse cast. For the first three seasons, it enjoyed success being aired on Monday nights before Ally McBeal; however, for the fourth season, it was moved to Friday nights. Consequently, viewership declined and the show was canceled after the 13th episode of the fourth season aired.

Freaks and Geeks is another show that was doomed because of its time slot. When it first aired on September 25, 1999, it was broadcast on a Saturday night at 8 p.m., which is exactly when its intended audience would not be home watching television. This affected the ratings. It also didn’t help that the episodes were aired in different time slots, so fans couldn’t keep track of when the show was actually on. Unsurprisingly, after just 12 episodes had aired, the show was canceled, and the time slot was definitely to blame.

During season one of Felicity, the show aired on Tuesdays at 8 p.m.; however, for season two, the show was moved to Sunday nights at 8 p.m., WB’s weakest night, and the ratings began to immediately drop. This decline in ratings has been linked to Keri Russell’s decision to cut her long curly hair into a pixie, but the time slot definitely had more of an impact. To try and save the show, WB announced that it would move Felicity to Wednesday nights at 9 p.m. following Dawson’s Creek for its third season, but it had to share the time slot with the show Jack & Jill, meaning that Felicity would run for 11 weeks followed by 13 weeks of Jack & Jill and then Felicity would finish the season starting in April 2001. The ratings never fully recovered following the time slot change, but the show managed to squeak by for another season until it was finally canceled in March 2002.

During its first season, The O.C. was the highest-rated new drama of the 2003–2004 season among young adults aged 18 to 34 and aired on Tuesday nights at 9 p.m. and then Wednesday nights at 9 p.m. on Fox. For season two, the show was moved to Thursday nights at 9 p.m., which meant that it was up against uber popular shows like Survivor, Joey, and Will & Grace. It didn’t take long for the ratings to drop. During season three, the show stayed in the same time slot but faced even more competition from CSI and Grey’s Anatomy, which aired in the same time slot on different networks. By the show’s fourth and final season, it was still in that time slot and its ratings had gone from averaging 9.69 million during season one to averaging 4.3 million viewers in season four, and it was canceled before the season finale.