Home » Entertainment » TV » TV Couples Who Should Have Ended Up Together

TV Couples Who Should Have Ended Up Together 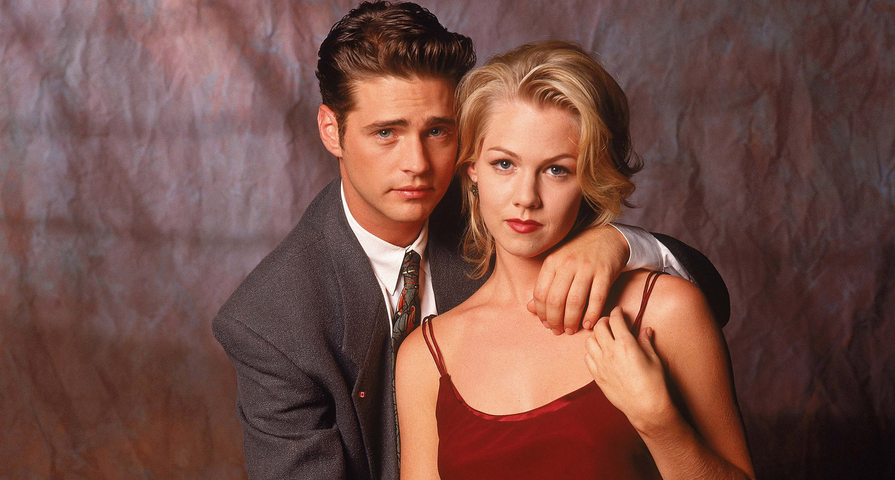 TV shows don’t always get it right when it comes to the couples who end up together. In fact, sometimes they get it dead wrong. We have a list of 12 couples who were clearly a great match, but who didn’t end up getting together in the show’s finale, which is a shame cause they definitely belonged together!

Rufus and Lily belonged together and that was clear from season one. The only reason that she went ahead and married Bart was due to Serena and Dan’s relationship. While fans were happy when they finally gave their relationship another shot in season two and got married during season three only to split up for good in season five after Rufus learned that Lily is still legally married to Bart but wouldn’t divorce him. In the finale, they both ended up with other people – her with William and Rufus with Lisa Loeb – which seemed like such a disservice to them because they clearly belonged together.

Buffy the Vampire Slayer fans loved Tara and Willow together. Even when they were having problems during season six, everyone was hoping they would pull through and they were in the process of doing that when Warren accidentally shot Tara as he was trying to kill Buffy and she died in Willow’s arms. Although there was going to be an episode in season seven where Buffy used her one wish with The Powers that Be to bring Tara back to life, the character never came back to the series. Instead, Willow ended up hooking up with Kennedy at the end of season seven, which really disappointed fans because her relationship with Tara was considered to be the best relationship on in the whole Buffyverse.

Keith had been in love with Karen for years before she finally began reciprocating his feelings and, just when they were really going to be together, Dan had to kill him. If there were ever two people who deserved a happy ending, it was Keith and Karen. He was a father figure to her son Lucas and he stood by her when Lucas’ real father wasn’t there for her.

Joan and Roger were only a couple during season one of Mad Men when he was married to his first wife, Mona but, throughout the entire duration of the show, the two had the best chemistry (and during season four they had a child together). In spite of this, the two never reconciled and the series ended with Roger and Don Draper’s ex-wife Megan’s mother, Marie Calvet being together. While he and Marie were good together, he and Joan would have been better.

Tim and Tyra weren’t initially a great couple; however, over the course of five seasons, they both matured and, as a result, with their shared history and similar personalities, they seemed to finally really belong together – but the show didn’t end with them actually ending up as a couple, which was a bummer. After all of the obstacles they overcame, in the finale, they should have been celebrating their engagement with Julie and Matt.

7. Xander and Anya – Buffy the Vampire

In the Buffyverse, there weren’t a lot of stable relationships, but somehow Xander and Anya managed to have one. Their relationship lasted until season six when they were close to making it down the aisle, but their happily ever after was thwarted by a man Anya had turned into a demon and sent to a hell dimension appearing before their wedding as a future Xander, convincing him to leave his bride. The two never reconciled – even though they should have. In the end, it would have been impossible though because she was killed in the series’ finale, which was also unfair.

6. Brooke and Lucas – One Tree Hill

Lucas may have ended up with Peyton, but he and Brooke always had more chemistry, and she seemed to loosen him up and make him less brooding. According to Hilarie Burton, the original plan for One Tree Hill was for Brooke and Lucas to end up together and Peyton to end up with Jake, and there are still countless fans that wish these couples had ended up together.

Some think that Jackie and Kelso belonged together and there are others that think she and Hyde were the real deal; however, there is no one that thinks she should have ended up with Fez – which is what happened. The big difference between Jackie’s relationship with Kelso and her relationship with Hyde is that with Hyde she actually grew as a character. Hyde helped her change from being a spoiled rich girl to a much more aware woman. This is why they should have ended up together – he made her a better person.

Buffy and Angel are the most iconic couple to come out of the Buffyverse and, even though most fans feel that they belonged together, they didn’t end together in either Buffy the Vampire Slayer or Angel’s finale. There was really no one better for Buffy than Angel and Angel than Buffy, so the writers really should have just made it happen.

There was something about Rory’s relationship with Jess that was unlike any of her others – in a good way, of course! He challenged her intellectually, which was good. She didn’t really get that in her relationship with Dean or her relationship with Logan. Sure, he left her high and dry at the end of season three but, when he came back during season six, he seemed to be better suited to Rory than her current beau Logan. In the Netflix reboot, he was clearly still in love with her, which makes us think that these two really deserved to end up together and that she was just wasting her time with Logan.

Serena and Dan ended up together on Gossip Girl, but many fans weren’t on board with this – one of the big reasons being that Dan was really Gossip Girl and he skewered Serena using the blog. Serena and Nate, on the other hand, were clearly a better match. Their hot hookup at the Shepard wedding was what set the tone for the series and they had way more in common with each other than they did with any of their other partners.