The 15 Most Annoying TV Couples 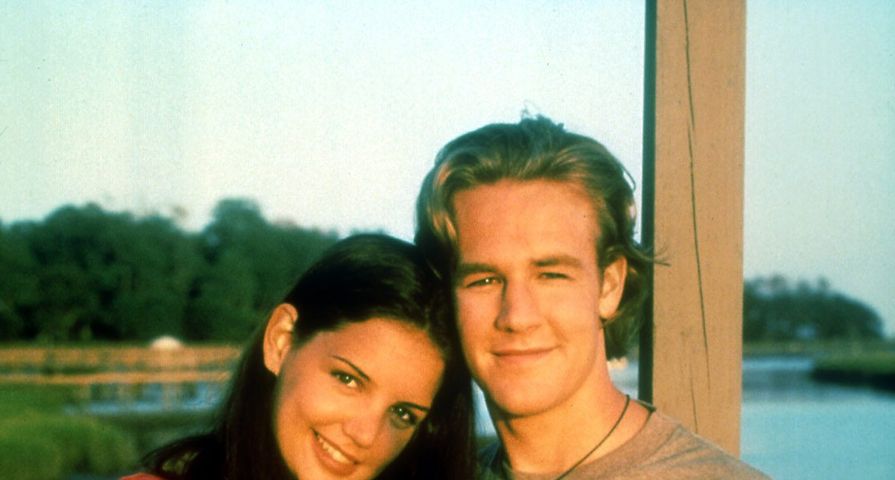 Some TV couples are just so lovable that fans can’t stop rooting for them; however, there are other couples that are so ridiculously annoying that their relationships should have been nipped in the bud immediately. Because there have been so many TV couples that have irked fans beyond belief, we’re counting down the 15 most annoying TV couples ever:

Ross and Rachel had some of the worst timing when it came to their relationship. They were always realizing their love for each other at the wrong times (when they moved on with other people) and fans got kind of tired of it. When they were together, they were always breaking up. Their relationship caused so much drama and it really didn’t have to be that difficult. These two were just totally unstable together, which got annoying.

Matt and Julie had the most annoying relationship on Friday Night Lights and this was mainly because of how awful Julie was as a character. Fans weren’t sure what Matt was doing with her cause she so obviously didn’t appreciate him. She spent most of her time pouting and cheating on him, which was infuriating. He was such a nice guy and could have done a lot better. He just preferred suffering, which was also very annoying.

Lucas and Peyton’s on-again, off-again was so dramatic and so drawn out that it really started to get on people’s nerves. It was obvious from season one that these were meant to be together, but it literally took them until season six to finally do so. It was a long and tortured road to their happily ever after. It’s just too bad people started to get annoyed with it long before they were finally able to make it work.

There was so much build up for George and Izzy’s relationship on Grey’s Anatomy, which got fans thinking that when they finally got together it would be amazing – but that just wasn’t the case. First off, George was married to Callie when their relationship finally started, which is the worst part, and secondly, he and Izzie literally had no chemistry. These two things combined made for a really annoying and seemingly forced relationship.

11. Piper and Alex – Orange is the New Black

Piper and Alex’s relationship has become the most frustrating thing about Orange is the New Black, probably because Piper is one of the most self-absorbed characters on the show. Alex is way cooler, but together they are absolutely toxic. These two have an incredibly tumultuous relationship and most of us think that they need to get as far away from each other as possible – and fast.

Leonard and Penny have been the show’s central couple since season one; however, that doesn’t change the fact that they are super annoying together. Their on-again, off-again relationship was plagued by so many unnecessary issues, fights and obstacles. For the most part, it was Leonard’s insecurities that caused a lot of their problems. It feels as though they can only be happy together in short bursts before some issue comes up and derails their relationship. These two need to find a way to make it work or just cut their losses, although that is going to be hard now that they are married.

Jen and Dawson dated a couple of times during Dawson’s Creek’s six season run; however, their first go at romance was the most annoying. Dawson was obviously infatuated with Jen (before even getting to know her) and he didn’t win himself any fans when he slut-shamed her after he found out that she had been sexually active prior to meeting him. Even worse was that after their breakup, she spent part of season two pining after him! No, Jen, you made the right decision when you dumped him for slut-shaming you! There was really no need to rethink this one!

Since season one, it was obvious that Ezra and Aria were one of the couples that were going to end up together, which some fans loved; however, there were others who were really disturbed by their relationship and annoyed at how it played out. These two should have been finished once Ezra learned that Aria was his student. There’s nothing romantic about a teacher dating an underage student, but somehow Pretty Little Liars was able to turn Ezra and Aria’s illicit relationship into a story about true love. Still, not everyone was on board, which is why they land on the annoying couples’ list.

April is considered one of the most annoying characters on Grey’s Anatomy, so it only makes sense that when she hooked up with Jackson that they would become an annoying couple. These two had a pretty dramatic relationship. He literally professed his feelings to her while she was about to marry Matthew and, lucky for Jackson, she decided to dump Matthew and run off with him. After the death of their first child, they decide to divorce – just as she found out that she was pregnant again! Everything with these two is just so needlessly complicated and melodramatic. They need to stop the drama and just be together or breakup.

Clark and Lana’s relationship was a big focal point for the series; however, it was one of the most exasperating romances ever because it was so drawn out. These two tried to have a romantic relationship several times, but there always seemed to be some obstacle in their way. Fans quickly tired of their “we can’t be together moments,” so when Lana left during season six, there was a collective sigh of relief because their tortured romance was finally done.

5. Lucas and Lindsey – One Tree Hill

Everyone knew that Peyton and Lucas were meant to be, so when he started dating Lindsey somewhere between season four and five, irritation was the natural result. It didn’t help that Lindsey was really difficult to like with her condescending attitude and her lack of chemistry with Lucas. Fans were especially annoyed with the relationship because it created a love triangle with Peyton, Lucas and Lindsey when all everyone ever wanted was for Lucas and Peyton to just get back together and finally make it work.

When Rory and Dean first dated for the first couple of seasons of Gilmore Girls, they were cute together, although it was kind of obvious that their relationship wasn’t going to last. After they finally did break up, Dean married Lindsay, but kept pining for Rory, which was just so annoying. As if that wasn’t bad enough, the two actually ended up rekindling their relationship while he was still married to Lindsay! These two were terrible together, but thankfully round two of their relationship was really short-lived.

While Ryan and Marissa’s initial courtship seemed kind of sweet (except for the fact that she had a boyfriend), it didn’t take long for this pairing to get really annoying, and for that we blame Marissa. During season one, she ignored Ryan when he told her that Oliver was trouble. Then, during season two, their relationship got even more annoying with the whole Trey situation. During season three, their relationship reached an epic level of annoying with the whole Johnny fiasco, which led to them breaking up yet again. These two were terribly frustrating when they were together (mostly because Marissa was nothing but drama), so when they finally broke up, fans were relieved.

Jenny and Nate literally dated for a hot minute during season two of Gossip Girl, but it was enough to scar fans. Jenny was already getting really annoying at that point, but when she began a secret hookup with Nate, she managed to get even more irritating. These two together were just bad news, especially given that Jenny was good friends with Vanessa, who was Nate’s recent ex. Their relationship quickly ended up becoming a love triangle when Vanessa found out about their relationship and had a photo sent to Gossip Girl of her and Nate together so Jenny would see. Then Jenny (in annoying Jenny fashion) decided to publicly humiliate Vanessa to get even. Thankfully Nate came to his senses after this and broke up with Jenny, thus ending one of Gossip Girl’s most annoying relationships.

It was obvious early on in Dawson’s Creek that Joey and Dawson were the couple we were supposed to be rooting for – but fans of the show found that nearly impossible because, as a couple, they were just so annoying. Maybe it was their constant chatter about being soul mates or their obvious lack of chemistry or the fact that Dawson once hooked up with Joey while he was dating someone else, but these two together, they sucked. It was a relief at the end of the series when Joey finally chose Pacey over Dawson cause her choosing Dawson would have ruined the entire show.