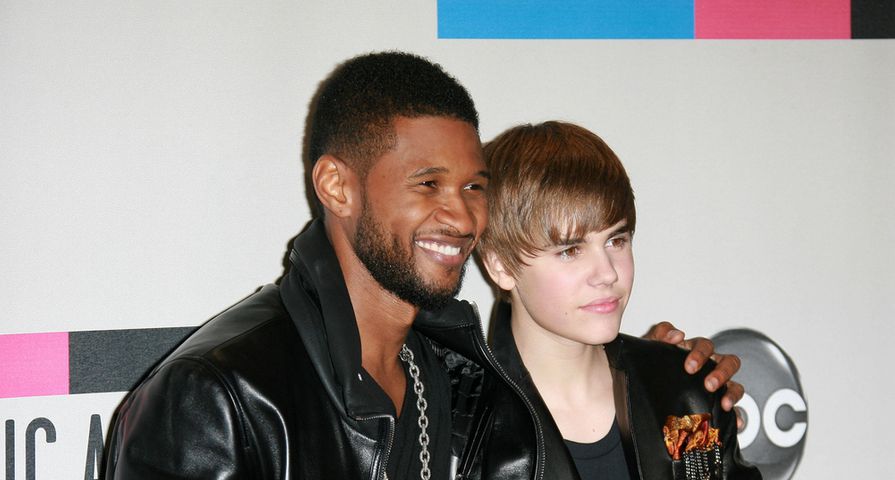 USHER has broken his silence over JUSTIN BIEBER’s race scandal, branding the controversy “unfortunate” but vowing to stand by his protege as he works to restore his reputation.

The Baby hitmaker has faced a backlash since two old video clips, which are believed to date back to 2009, emerged online showing him using the N-word in a racist joke and singing about joining notorious hate group the Ku Klux Klan.

Bieber apologised after the initial clip surfaced on the Internet over the weekend (31May-01Jun14), admitting it was “a reckless and immature mistake”, and on Thursday (05Jun14), he stated, “I just hope that the next 14-year-old kid who doesn’t understand the power of these words does not make the same mistakes I made…”

Usher refused to comment on the controversy while out in Los Angeles earlier this week (begs02Jun14), but he has since opened up about the scandal to editors at Nylon magazine, saying, “It’s unfortunate. I hate some of the things I hear. Is it all true? I don’t know. But I will tell you this: success comes with a price. Every person that has grown up, grows up with something. It ain’t (sic) just perfect from the beginning.”

The Burn star goes on reveal the future of Bieber’s career now lies in the way he handles himself following the fall-out. He continues, “I gave every bit of advice and always told him it was up to him if he really wanted this (pop career). Now that he has it, as an adult, it’s his to manage. Do I turn my head in shame based off of what I see, what I know? Nah (sic), I don’t because it’s all part of life’s process. Am I in it with him? Yeah.”

Usher’s comments emerge after Bieber’s rapper pal Lil Za and hip-hop mogul Mack Maine spoke out in defence of the singer, and now African American actress-turned-TV presenter Whoopi Goldberg has sided with the youngster, too.

The Oscar winner says, “You have all these wonderful rap songs and all these artists using the (N) word and they’re saying it and it doesn’t have the same meaning to them… (and Justin Bieber) is Canadian and n**ger doesn’t mean anything in Canada.”

Former boxing champion Mike Tyson has also offered up his opinion on the situation by agreeing with Goldberg. In a Twitter.com post, he writes, “I agree with you @whoopigoldberg. We all make mistakes and I believe @justinbieber is learning.”