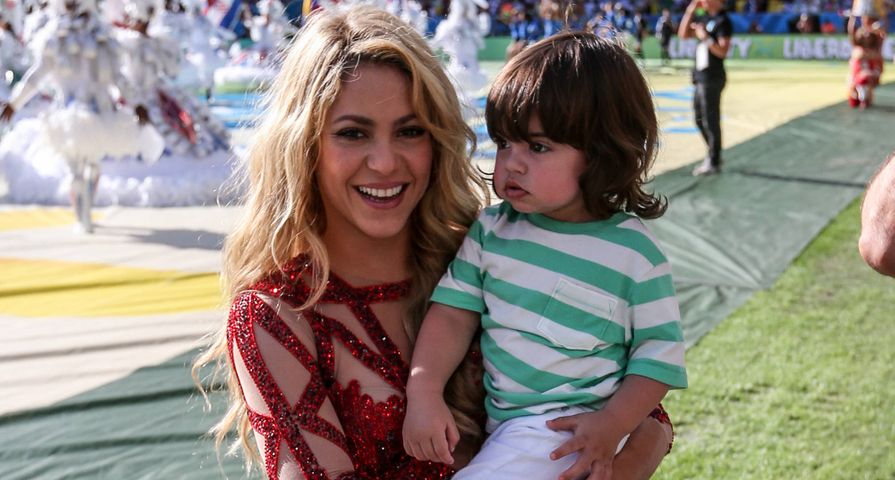 Latin superstar SHAKIRA is pregnant with her second child, according to multiple reports from her native Colombia.

The Hips Don’t Lie hitmaker, 37, and her soccer star boyfriend Gerard Pique, 27, are said to be expecting a sibling for their baby boy Milan, who was born in January, 2013.

Rumours began swirling earlier this month (Jul14) suggesting Shakira, who is known for her sexy and provocative stage style, was with child, and speculation heated up after her performance at the World Cup final in Rio de Janiero, Brazil last weekend (13Jul14), when she wore a more conservative red dress than her usual sexy onstage attire to sing her soccer anthem La La La (Brazil 2014).

Now, sources tell Colombia’s NoticiasCaracol.com news outlet she is three months pregnant. Representatives for Shakira and Pique have yet to respond to requests for a comment.

If the news is true, it shouldn’t come as too much of a surprise for Shakira’s fans – earlier this year (14), she confessed, “If it weren’t because of my music projects, I would be pregnant already.” She released her latest album, the self-titled Shakira, in March (14). The couple has been dating since 2010.

Also Check Out: Celebrity Geniuses: 12 Celebrities Who Are Crazy Smart!