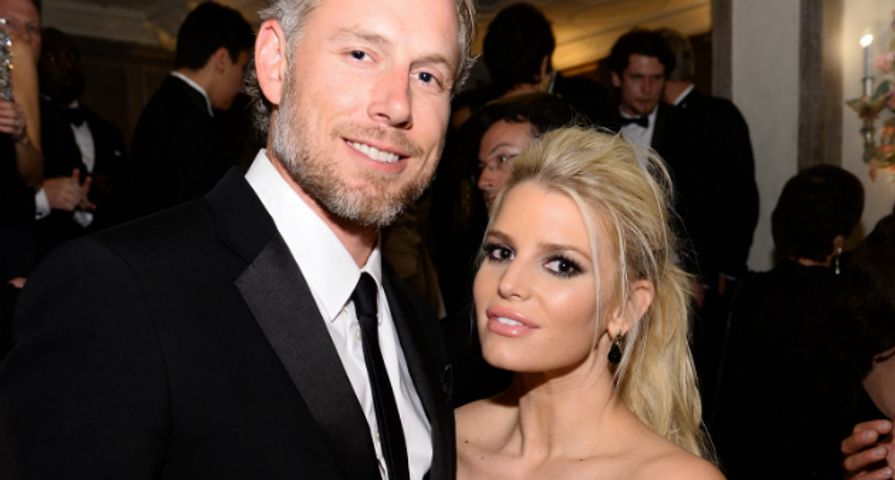 (LOS ANGELES) — Jessica Simpson was apparently so nervous to wed retired NFL player Eric Johnson in California over the weekend that she botched her own wedding vows.

According to E! News, Simpson was so taken by the moment that instead of addressing her vows to Johnson, she said her own name. Still, the singer laughed it off and simply started over again.

Simpson’s new husband was just as nervous. In fact, when he recited his vows, he began to cry and had to start over again as well.

Simpson, 33, and Johnson, 34, wed last Saturday in Santa Barbara in front of more than 250 guests. Their one-year-old son, Ace, was the ring bearer, and their two-year-old daughter Maxwell was put to work as a flower girl.

After the ceremony, the newlyweds stayed in the same cottage once used by John F. Kennedy and Jackie Kennedy on their honeymoon in 1953, reports US Weekly. The Ty Warner cottage of San Ysidro Ranch in Montecito, California, was also used by Gwyneth Paltrow and her now estranged husband Chris Martin.

Simpson and Johnson began dating in 2010.

This is the second marriage for both. Simpson was previously married to Nick Lachey.

Also Check Out: 10 Things You Didn’t Know About Jessica Simpson!