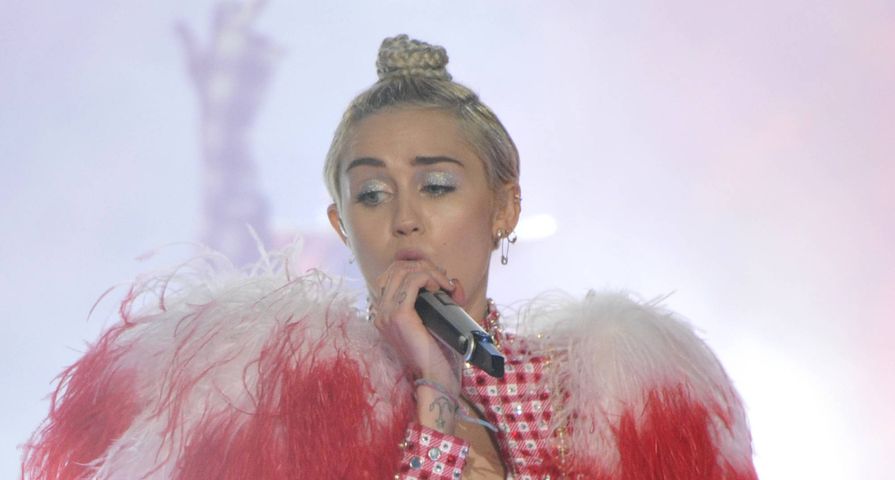 MILEY CYRUS has been tapped to make a return to the MTV Video Music Awards, nearly a year after her controversial performance with ROBIN THICKE in 2013.

The Wrecking Ball hitmaker caused a stir with her raunchy routine with the Blurred Lines singer and now producers have decided to take a risk with Cyrus again.

She is set to make an appearance at the upcoming prizegiving on Sunday (24Aug14).

A representative for MTV has confirmed to E! News that Cyrus will be on hand for the event, but it is unclear in what capacity she will take part.

Also Check Out: The 9 Most Jaw-Dropping Moments In MTV VMA History!