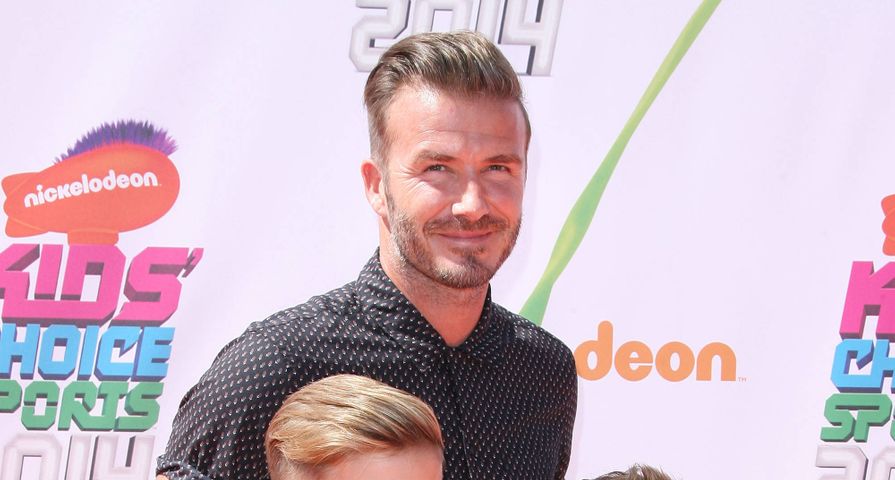 DAVID BECKHAM and his sons Romeo and Cruz were covered in golden slime at the inaugural Nickelodeon Kids’ Choice Sports Awards in Los Angeles on Thursday night (17Jul14).

The retired soccer star was the recipient of the first Legend Award at the prizegiving, and after a video montage of his greatest goals and finest moments, Beckham’s youngest boys presented their dad with his award.

Seconds later, golden goo was blasted up from the stage floor, making father and sons look like living Oscar statues.