Home » Entertainment » Celebrities » Cast Of Sisterhood Of The Traveling Pants: How Much Are They Worth Now?

Cast Of Sisterhood Of The Traveling Pants: How Much Are They Worth Now? 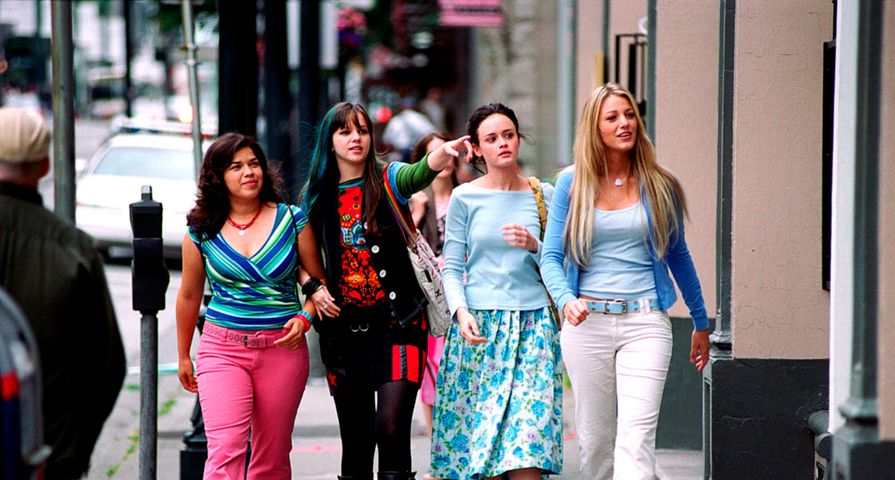 Blake Lively Fashion: Vote On Her Best And Worst Looks!

The Sisterhood of the Traveling Pants is an adorable teen-drama film released back in 2005 starring small names who turned into big stars like Alexis Bledel, Blake Lively, Amber Tamblyn and America Ferrara. The movie was an adaptation of the novel The Sisterhood of the Traveling Pants which told the story of four close friends who found a pair of “magical” pants that fit them all perfectly despite their varying sizes. The girls all spent a summer apart, but were bound by sharing this one pair of jeans. The movie received good reviews and raked in just over $42 million worldwide. It was so successful it spawned a spin-off called The Sisterhood of the Traveling Pants 2. It’s been over 10 years since the original film came out and many of the leading ladies are onto bigger and better projects now. Here’s a look back at how much the main cast of the film are worth now!

Estimated Net Worth: $2 million. Nancy Travis played the small role of Carmen’s new stepmom in the film The Sisterhood of the Traveling Pants, but prior to that, she’d held notable roles in films like Air America, Three Men and a Little Lady, Passed Away, The Vanishing, Greedy, Fluke and So I Married an Axe Murderer alongside Mike Myers. Travis had most of her success on the small screen with many series regular roles on shows like Work with Me, Becker, The Bill Engvall Show, Almost Perfect, Duckman and Last Man Standing. She’s also appeared on shows like How I Met Your Mother, Medium, Desperate Housewives, Hart of Dixie and Grey’s Anatomy. Her resume is small, but mighty and she’s currently worth an estimated $2 million! 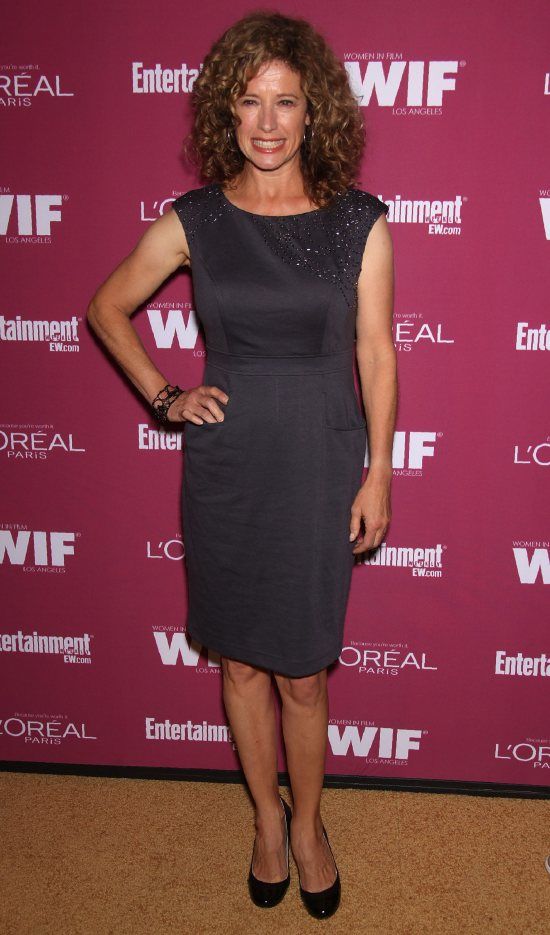 Estimated Net Worth: $11 million. This critically acclaimed actor has been around for a long time and has appeared in over 40 films! He’s held roles in huge projects like Billy Madison, Little Manhattan, The Cabin in the Woods, Saving Mr. Banks and as Carmen’s dad on The Sisterhood of the Traveling Pants. He’s also appeared in films like Philadelphia, Bicenntennial Man, Kate & Leopold and Midnight Rider. His most famed role was as Josh Lyman on The West Wing, a role which garnered him huge critical acclaim and won him a Primetime Emmy and a Screen Actors Guild Award along with many other nominations. Whitford has also received critical acclaim for his recurring roles on shows like Transparent, Burn Up and Studio 60 on the Sunset Strip. He’s built up a career in both film and television, but definitely had more success on the small screen. He’s also appeared in series like Brooklyn Nine-Nine, Law & Order, The Secret Lives of Men, Shameless, Parks and Recreation, The Mentalist and The Good Guys — just to name a few. Despite his long list of credits and reputation, he’s not worth as much as some of the other box office beauties on this list, but nonetheless he’s still worth a respectable $11 million. 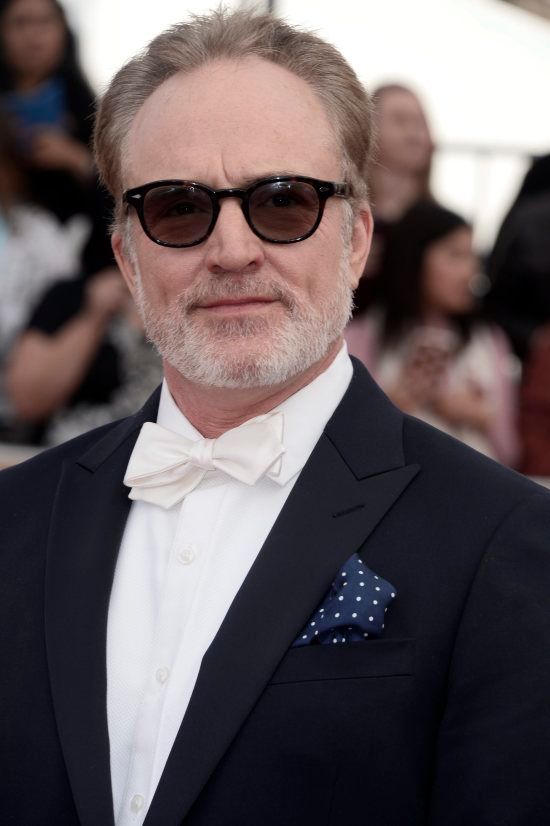 Estimated Net Worth: $3 million. Tamblyn played the tortured Tibby Rollins in both of the The Sisterhood of the Traveling Pants films. She’s been in quite a few films since then with starring roles in projects like 127 Hours, X/Y, Main Street, Beyond a Reasonable Doubt, Black Out, Spiral, The Grudge 2, Stephanie Daley and even did a quick cameo in Django Unchained! Most of her success has come from the small screen. She had a main role on the popular soap series General Hospital as Emily Quartermaine from 1995 to 2001. She got a lead role on the short lived show Joan of Arcadia and held recurring roles on The Unusuals, Two and a Half Men, House and The Increasingly Poor Decisions of Todd Margaret. She has also done one episode appearances on shows like Without a Trace, CSI, The Twilight Zone, Boston Public, and Community. Tamblyn has kept busy, but definitely isn’t as successful as some of her former co-stars. She’s currently worth an estimated $3 million. 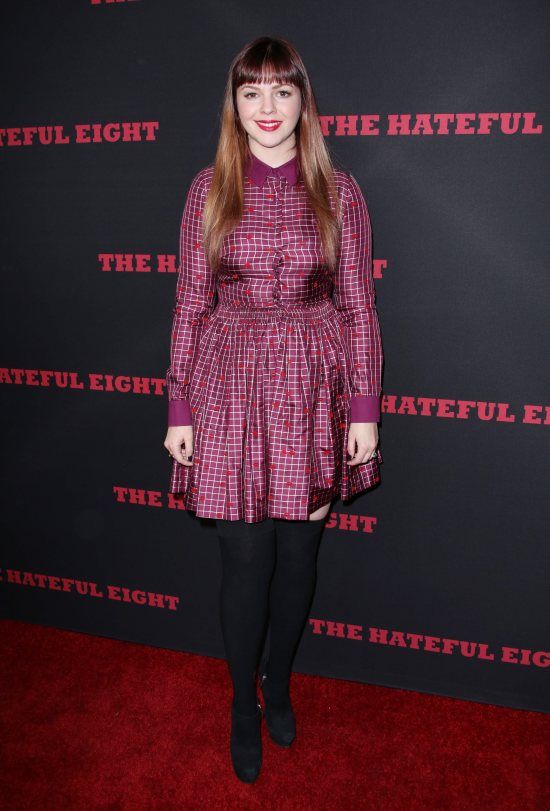 Estimated Net Worth: Unknown. This actress has grown up a lot since her role as the unforgettable Bailey on The Sisterhood of the Traveling Pants! She’s now 24-years-old! Boyd hasn’t been able to make too big of a career for herself in either film or television, but she’s still quite young. She had most of her success starring in the films The Sisterhood of the Traveling Pants and The Missing, but she also appeared in Dickie Roberts: Former Child Star. Boyd’s latest films have been in smaller projects. In television she’s done one episode appearances on series like CSI, Six Feet Under, Just Shoot Me!, Criminal Minds, The Gathering and Ghost Whisperer, but she hasn’t been in anything since 2008. It’s not surprising that her net worth is largely unknown because she hasn’t had many notable roles in her career. She’s most likely worth around $200 thousand. 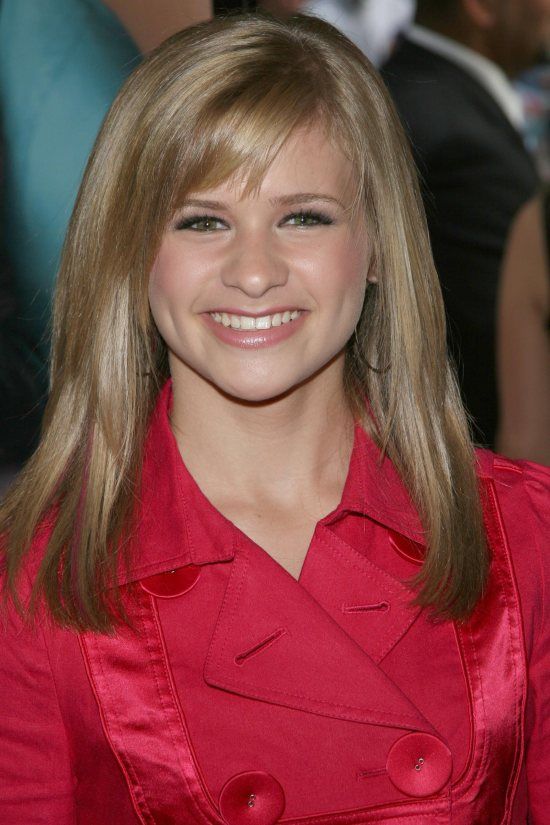 Estimated Net Worth: $16 million. America Ferrera had one of the most successful careers of all the women who were cast in The Sisterhood of the Traveling Pants. After the film, she landed a leading role on the comedy-drama series Ugly Betty and on the NBC sitcom Superstore. She’s become a well respected and critically acclaimed actress with a Golden Globe award, Screen Actors Guild Award and Primetime Emmy Award under her belt! Not too shabby! Her biggest roles have been in projects like Real Women Have Curves, The Sisterhood of the Traveling Pants, The Sisterhood of the Traveling Pants 2, The Dry Land, Our Family Wedding and End of Watch. She’s done some voice acting in the film franchise How to Train Your Dragon and the shows Handy Manny and DreamWorks Dragons. She’s tested out her skills behind the camera as a producer, co-producer and executive producer in a few small films and the show Superstore which she currently stars in. Ferrera has built a great career for herself and is now estimated to be worth $16 million! 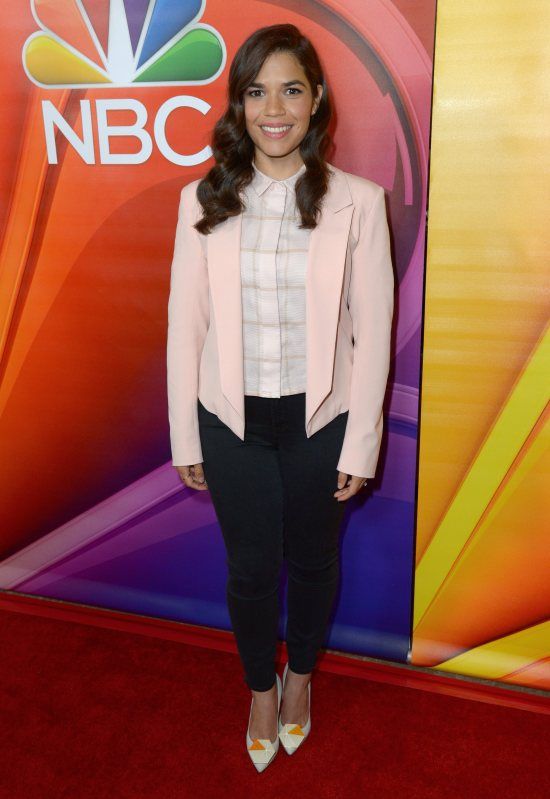 Estimated Net Worth: $9 million. Alexis, also known as Kimberly Alexis Bledel, made her claim to fame when she was cast as Rory Gilmore in the hit series Gilmore Girls. The show was most definitely her biggest success thus far in her career and now has a huge cult following. After Gilmore Girls finished in 2007 she did a few other appearances and got a lead role in the unsuccessful show Us & Them. When it comes to film, Bledel’s career never really took off, but she has starred in a few films like The Sisterhood of the Traveling Pants, Parts per Billion, Jenny’s Wedding, The Brass Teapot, Post Grad, The Good Guy and I’m Reed Fish. Today, she’s worth an estimated $9 million, but that might change soon. She currently has a role in the Hulu series The Handmaid’s Tale and she’s receiving rave reviews for her performance! 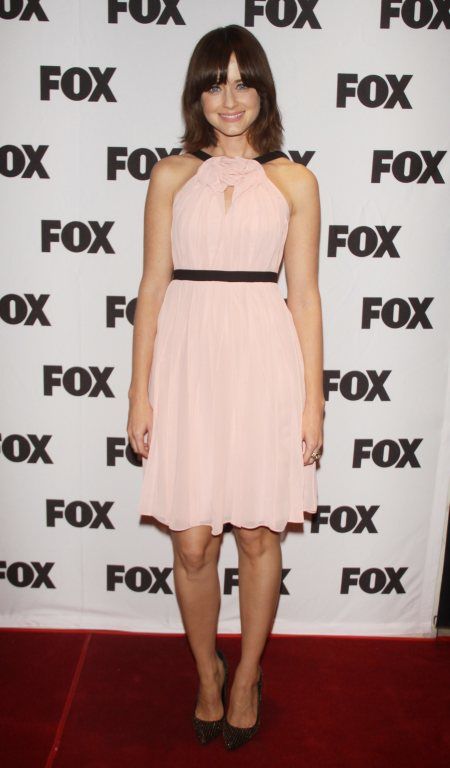 Estimated Net Worth: $16 million. This blonde beauty is most well known and credited for her time as New York City ‘It’ girl Serena van der Woodsen on the hit CW show, Gossip Girl. She starred in the series from 2007 until 2012, making an estimated $60 thousand per episode! Gossip Girl is the only show Lively has been apart of. Other than that she’s mainly focused her career on films. Blake Lively is now an A-list celebrity and fashion icon. She started out as one of the leading ladies in the successful film adaptations of the book The Sisterhood of the Traveling Pants, and then moved on to starring roles in big projects like The Town, Cafe Society, Accepted, The Age of Adaline, Savages, Green Lantern and The Shallows. Lively most definitely shot herself into the spotlight with her role on Gossip Girl and that is most likely where she’s made most of her income. She’s now married to fellow actor, Ryan Reynolds and together they have two daughters. Her career is at an all time high and continues to climb, but right now she’s worth an estimated $16 million! 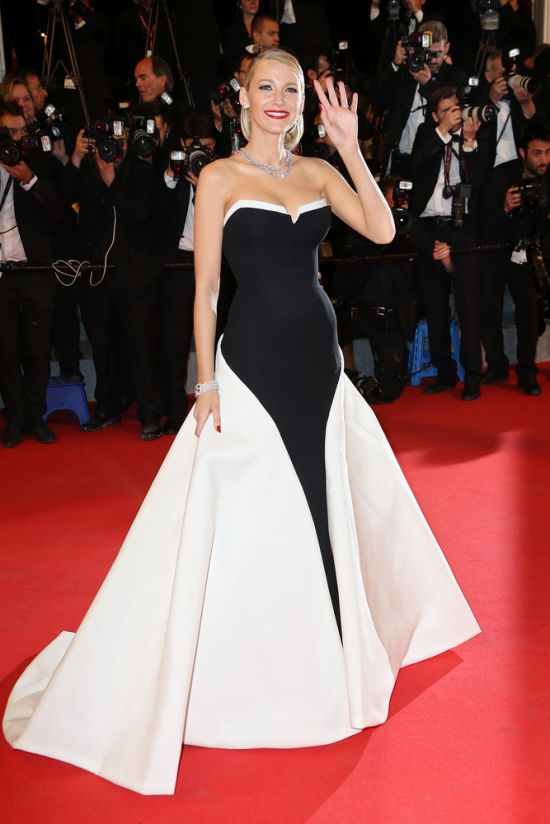