9 Shows That Outstayed Their Welcome 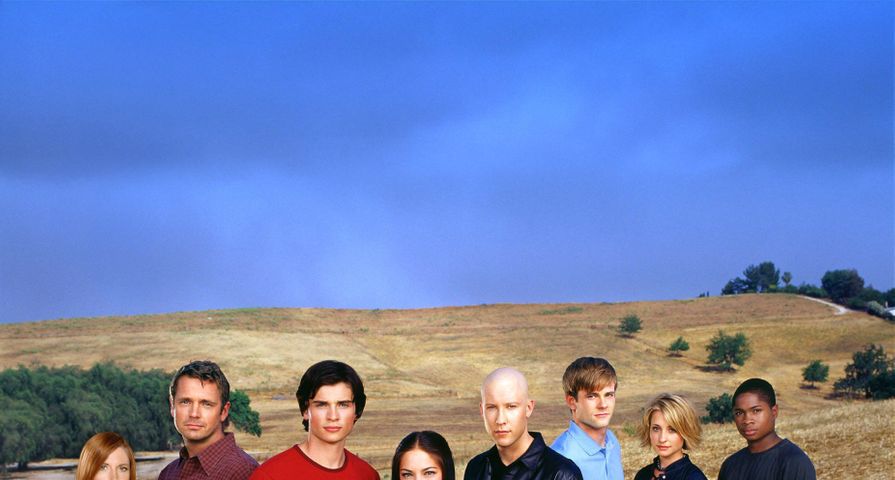 While no one wants one of their favorite shows to get cancelled, sometimes it’s for the best! There are so many television shows that stick around long after their expiration date. The Simpsons is probably one of the most famous examples. Even though the quality has obviously declined and it feels like a totally different show than it did 20 years ago, no one will cancel it! We have 9 other shows should have been cancelled much, much sooner than they were.

Gossip Girl lasted for six seasons, which isn’t that long when you actually think about it, but the show experienced some major issues after its first season. It almost felt like it struggled to find it’s footing and ultimately became more of a soap opera than a teen drama. By the show’s last season, there were so many plotholes and inconsistencies in the series, nothing – not even the ending – made a lot of sense. The show should have done itself a huge favor by ending a couple of seasons earlier.

Glee was a huge hit when it first premiered back in 2009. Critics praised it as a breath of fresh air; however, in spite of all its promise, by the third season, the show began to seriously lose its mojo. Even though many people began to tune out by the show’s fourth season, Glee somehow managed to keep going for another three seasons until Ryan Murphy finally pulled the plug on the already dead series.

7. How I Met Your Mother

How I Met Your Mother had a number of successful seasons; however, around the sixth season, the quality began to decline and the reviews reflected that. There were still a number of good episodes, but overall, the humor just wasn’t as consistent. It definitely doesn’t help the show that many fans downright loathed the series finale. They really should have quit while they were ahead – at the end of the fifth season!

Californication was great for the first five seasons, but something happened during the sixth and seventh season that just ruined the show. The show could have ended at the end of season five with Hank and Karen finally getting together, but instead the writers had to add a plot twist – Hank’s ex trying to kill him – and then for the next two seasons they did nothing but throw up obstacles to prevent Hank and Karen from getting together and added a lot of ridiculous characters in the process. During season seven, when Hank’s horribly unattractive and annoying love child entered the picture, the show was beyond ruined.

How a show as vapid as Two and a Half Men lasted for twelve seasons is still a mystery. When Charlie Sheen was fired from the series in 2011 and Ashton Kutcher came in to fill his shoes, the show should have ended. When Angus T. Jones decided to stop appearing on the show in 2013, the show could have ended then too. Why Two and a Half Men continued to go on without two of its leading men is just ridiculous and obviously just about money.

The L Word opened to instant popularity and critical acclaim when it first premiered in 2003. While the first few seasons were especially compelling, around the fourth season, things began to fall off, and by the sixth season, when they show was finally cancelled, it had become a caricature of what it once was. It was such a tragic to end to what was once was a really good show.

Grey’s Anatomy has been going for thirteen seasons. During these thirteen seasons, fans have seen dozens of characters die in some of the most dramatic ways. No one is safe on Grey’s Anatomy – not even major characters. Since so many of the original cast has been killed off or has left the show, there has been a slew of new characters who have since joined the cast, so many in fact that, in some ways, it feels like an entirely different show. The only reason that it hasn’t been cancelled is probably cause people are still watching – but not longtime fans. They checked out years ago.

Smallville was initially unlike any other retelling of the Clark Kent story because of the showrunners’ “no tights, no flights” rules. Because of this, Smallville was about Clark Kent’s journey from being a farm boy to becoming the Man of Steel. The first four seasons of the show were great, but by season five, there was a noticeable shift after Clark finished high school and it became more difficult for writers to keep going with the original concept and not explore the Superman mythos. The show really should have ended, at the very latest, at the end of fifth season because then it would ended on a high note.

True Blood was the hottest show on television during its first few seasons but, like many good shows, it lingered past its expiration date. Things really started to go downhill during season six when Alan Ball, the showunner, was replaced with Brian Buckner. After this there was a noticeable decline in the quality of scripts and the ratings went downhill with it. Looking back, the show should have ended at the end of season five when Ball left.