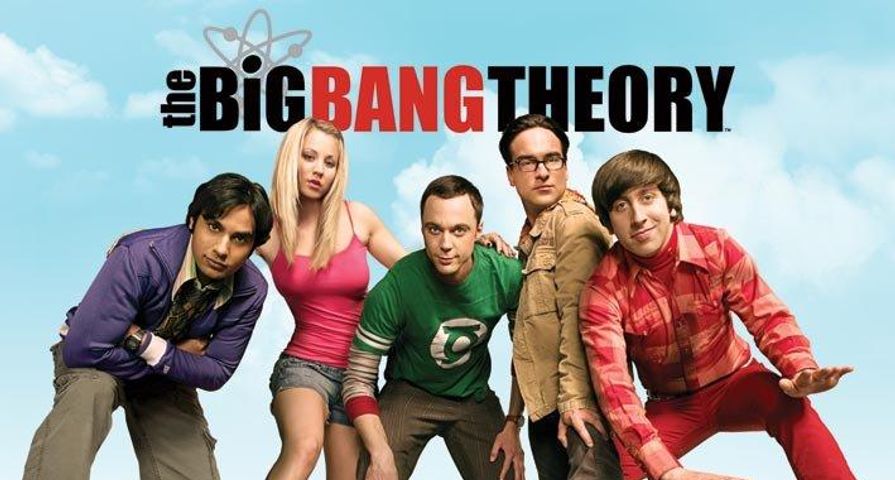 When it comes to the world of television, many of us aren’t aware that many our favorite shows have pilot episodes that never aired. There are a multitude of reasons for this, some of the big ones being that network execs aren’t always happy with a pilot’s content or showrunners sometimes want the cast changed. We have a list of 9 popular shows that have unaired pilots that most of us have never seen:

In 30 Rock’s unaired pilot, Rachel Dratch played the role of Jenna DeCarlo, but network execs wanted the role recast, so they replaced her with Jane Krakowski and changed the character’s name to Jenna Maroney. Dratch appeared in the show’s new pilot as cat wrangler Greta Johanssen and continued to appear as different characters through the show’s seven-season run.

The original pilot for Three’s Company didn’t star Joyce DeWitt or Suzanne Somers and only starred John Ritter as David Bell, an aspiring filmmaker, and his roommates Jenny and Samantha, who were played by Valerie Curtin and Suzanne Zenor. The only thing that remained made it from the unaired pilot to the series were the Ropers.

Two years before Game of Thrones premiered on HBO, TV producers Dan Weiss and David Benioff acquired the rights to George R.R. Martin’s Game of Thrones book series and teamed up with director Tom McCarthy to make a pilot episode for HBO, which never aired. One of the reasons that the original pilot didn’t air was because Benoiff and Weiss felt that it was disjointed. They then ditched hired Timothy Van Patten and rewrote the script and recast Jennifer Ehle and Tamzin Merchant – who were playing Catelyn Stark and Daenerys Targaryen – with Michelle Fairley and Emilia Clarke.

Before Christina Applegate and David Faustino were cast in Married…with Children, Kelly and Bud were going to be played by Tina Caspary and Hunter Carson. Caspary and Carson portrayed the siblings in the unaired pilot, but Ed O’Neill reportedly didn’t feel that the chemistry was right, so the roles were recast with Applegate and Faustino, and the script remained exactly the same.

Sheryl Lee of Twin Peaks was the actress who was originally cast in the role of Mary Alice, the deceased housewife who narrated the show, but producers decided to replace her with Brenda Strong. Lee wasn’t the only person who was recast. Kyle Searles and Michael Reilly Burke had been cast as John Rowland and Rex Van De Camp, but Jesse Metcalfe and Steven Culp were cast in their roles instead.

Gilligan’s Island’s original pilot was never shown on broadcast television because network execs wanted different actors in the key roles. In the unaired pilot, Russell Johnson (The Professor), Tina Louise (Ginger), and Dawn Wells (Mary Ann) weren’t featured and Kit Smythe and Nancy McCarthy – who played Ginger and Bunny – were secretaries whose faces we didn’t see. Another noticeable difference between the unaired pilot episode and the official pilot was the theme song. It was going to be an unmemorable calypso-style tune.

The original pilot of Buffy the Vampire Slayer featured Sarah Michelle Gellar as Buffy, Anthony head as Giles, Nicholas Brendon as Xander, and Charisma Carpenter as Cordelia, but instead of Alyson Hanigan playing Willow, Riff Regan had the role. Another noticeable difference from the pilot that aired on the WB in 1997 was the school. In the unaired pilot, Buffy and friends go to a much different school with a different name – Berryman – with a different principal played by Stephen Tobolowsky instead of Ken Lerner.

In the unaired pilot episode of The Big Bang Theory, there was no Penny, Howard or Raj. Instead, there was Sheldon and Leonard (played by Jim Parsons and Johnny Galecki) and two female leads: Gilda, their scientist colleague a scientist colleague played by Iris Bahr, and Katie, their street-smart, tough as nails neighbor played by Amanda Walsh. One of the really big differences between the unaired pilot and the official one is Sheldon’s libido. He’s clearly not asexual and has a sexual history with Gilda. CBS passed on the original pilot, but liked the idea enough to ask Chuck Lorre and Bill Prady to produce a second one.