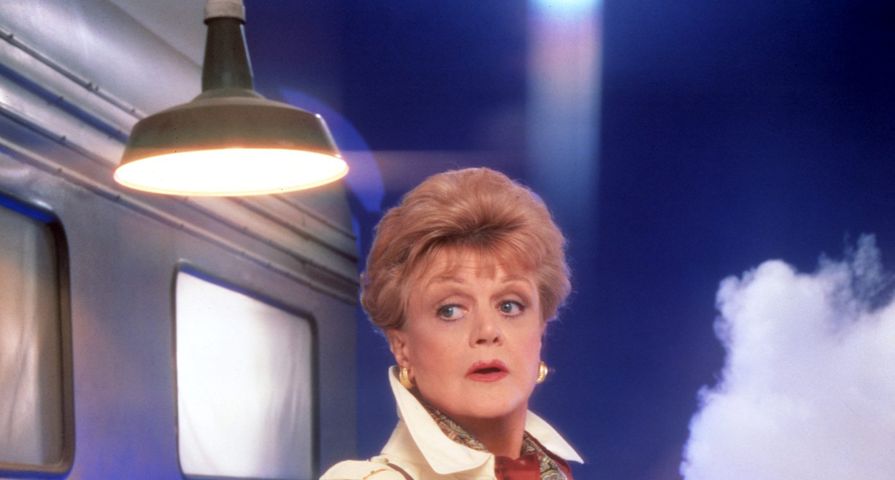 Everyone loves a conspiracy theory. The juicier they are, and the more far out there…the better. Most theories are easy to dismiss, but there are others that are backed by some impressive evidence, and they’ll force you to ponder for hours. Some take you so far down the rabbit hole it’s hard to dismiss them, or disprove them. The following list contain some crazy conspiracy theories about famous TV shows, and while some carry weight — one is particularly haunting — most are totally outrageous. Enjoy nine of the best.

Let’s start with a classic. Zack Morris was the main character of the hit TV serial, Saved By The Bell, but before it was Saved By The Bell, the show was entitled, Good Morning, Miss Bliss, and it didn’t take place in California — these kids were from Indiana. Zack was neither a ladies man, or the really cool guy of the school. He was just a fella in the mix, who was sweet, paid attention in class, best friends with a dork named Screech and enjoyed a Middle-America, middle class upbringing. The theory: When NBC took over the show, everything became Zack’s dream…of what he wishes life were like. His life in California, his life being a ladies man, his life being a jock, being the class cut-up, yet still scoring off the charts on standardized tests. Hmmm…we can go with this one. It’s got some legs.

“Just sit right back, and you’ll hear a tale… a tale of a fateful trip…” …to HELL! Let’s consider the main characters in Gilligan’s Island. According to conspiracy theorists, each is said to represent one of Dante’s seven deadly sins. Mr. Howell represents greed, his wife, Lovey, represents Sloth — she never lifted a finger. The Skipper? He’s gluttony and wrath, because he’s always beating on Gilligan. Ginger represents lust, and therefore, Mary Ann represents envy. The professor is full of pride, and never willing to admit he cannot get these people off the island. And Gilligan himself? He’s what the Hebrews called “Adversary.” In a cooler language: “Satan.” Gilligan is the one who is always throwing the wrench into the best laid plans, causing everything to run amok. Kudos to the writers if they used such historical reference to create this comedic romp.

Hot dang, this is a good one. A really, really good one. And there has to be some truth to it. Robert Smigel is the comedian who brings the world Triumph: The Insult Comic Dog, as well as all of those stellar Saturday TV Funhouse animated sketches on Saturday Night Live. Once upon a time, back in the day, Robert put together a scathing, animated illustration, painting GE for being one of the most evil empires in the world. In a clever twist, he put it together so it looked like an old Schoolhouse Rocks cartoon, teaching people about interesting facts. This particular cartoon suggested that GE was responsible for the nomination of presidential candidates to the assassination of JFK. The kicker: GE owned NBC at the time — and all of its advertising dollars — and of course, NBC owns Saturday Night Live.

How did one older woman solve murder after murder by simply using her imagination? For those of you unfamiliar with Murder, She Wrote, it starred the incomparable Angela Lansbury, as Jessica Fletcher, a novelist and amateur/hobbyist detective. The show ran for 12 years, and in those 12 years, Jessica was responsible for discovering, and helping to solve the cases for nearly 270 murders. Let’s add to the fact that she lived in a small Maine town with a population of less than 4,000. Yes, this glaring plot hole was so preposterous that it could only lead to one conclusion: Jessica Fletcher was a serial killer, and this is how she was always able to “discover” all of the murders. And none of the murders were brutal, or exceptionally bloody, so it would seem the same person was actually responsible for all of the killings.

5. The Simpsons Exist in a Tesseract

Everyone wants to know where Springfield is. Yes, there have been clues from time to time to suggest various Springfields in the United States, but it’s certainly pointing toward Springfield, Missouri, or possibly Illinois. Certainly not Springfield, Massachusetts. Considering Bart and his buddies jacked a car once, and went to Branson, Missouri, to see Andy Williams, it’s an easier presumption. So, where exactly is Springfield? It is actually everywhere. It is… eternal… Springfield is trapped in an anomaly of the space-time continuum, where nothing really applies. This is the reason why nobody ages, because time no longer exists. Yes, the sun rises and sets, and seasons pass, but there is no real change in this tesseract phenomenon that occurs in Springfield. If only our human eyes could really see it.

Poor Steve. This guy took more crap from adults who got stoned, and watched Blues Clues than characters from old Cheech and Chong movies. Steve Burns was the host of Blues Clues from the mid-1990s until 2002, when he abruptly quit the show. Rumors began to swirl, and conspiracy lovers began to devise story lines for Steve’s departure. There were rumors that suggested that Steve was killed in a car accident, and that the producers didn’t want kids to find out, so they kept the story under wraps. And there were rumors suggesting that Steve left the show to 1.) Pursue drug treatment or 2.) because he died of a heroin overdose. And the reasoning behind this? His long sleeve shirts to hide his track marks. This theory — not for lack of awesome — was busted when Steve admitted later that he wasn’t going to let the kids see him lose his hair.

Here’s another dandy one from the world of television that fits somewhere in that overarching conspiracy theory that all television shows and characters live in the same world/universe. Many believe that The Walking Dead is from the same world as Breaking Bad, because Walter White and Jesse Pinkman’s crystal meth, Blue Sky — the creme de la creme of meth — can be witnessed in The Walking Dead. There are those who also suggest Breaking Bad is the prequel to The Walking Dead. Why this theory? Early in the show Blue Sky can be seen in a bag of drugs owned by Merle, when Daryl attempts to get T-Dog’s fever under control. A few seasons later, Daryl tells Beth about a drug dealer threatening his brother… “This janky little white guy,” who says, “I’m gonna kill you, b-tch!” The proof is in the puddin’, folks.

Did Joss Whedon rub Big Brother wrong with Firefly? Is that why the show was really cancelled? Nobody would actually cancel a show as good as Firefly, would they? In this case, the conspiracy theory was started by none other than writer, David Mark Brown, when he suggested the anti-big government show rubbed both parties wrong when they were prepping to launch another war in the Middle East. The show itself was about tearing down an existing system to create a better free market enterprise, and dial back consumption toward need over want. Ultimately, these were fascinating points, as so many people were duped into what history will earmark as useless war. Unfortunately, it seems Fox needed no reprimands from the GOV to cancel this one. They marketed terribly, and put it in a death slot.

Remember the X-Files spin-off, The Lone Gunmen? It’s shocking more people don’t talk about the pilot episode annually. It aired on March 4, 2001, features the three main characters — and one of their fathers, who was thought to be deceased — spoiling the plot to crash a commercial airliner in New York City. That’s the tip of the iceberg. In this episode, it is suggested that the plane is going to be hijacked by governmental powers who be — flown out of Boston with a destination of D.C. — then crashed into a NYC building, and blamed on terrorists in order to go to war. During the show, the plane is hijacked by remote to fly directly at the World Trade Center. The guys save the day in the nick of time, and the commercial jet only hits the antenna. Seriously. This show aired. In 2001. Six months before 9/11.