5 Young And The Restless Spoilers For The Week (September 19) 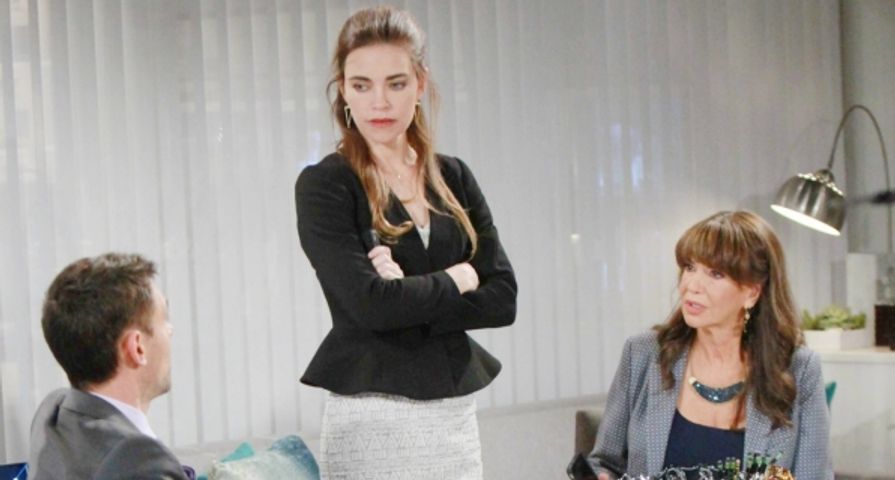 Last week was pretty explosive on The Young and the Restless (Y&R), and expect more of the same this week. Y&R characters will be dealing with the aftermath of Billy and Phyllis’ affair, as Chelsea tries to move and Kevin continues to speculate Bella’s paternity. Learn about these stories and more in the Y&R spoilers for the week of September 19th.

After learning the truth about his brother and wife’s affair, Y&R fans will be introduced to a new version of Jack Abbott, one that is relatively more aggressive. Phyllis will beg Jack for a new start and a chance to make things right this week. Jack will refuse the idea. He feels like she needs to live with the decisions she has made. No second chances and, in a lot of ways, he’s right. Neil will express his feelings to Jack that he fears he’s on a dark path.

4. Chelsea Tries To Move On

Another Y&R woman who is dealing with the loss of a husband (albeit, on an entirely different spectrum) is Chelsea. While Chelsea lost Adam through death (and not cheating) this week she will look to focus her energy on helping and supporting Connor during this time. She will be working through her loss this week and trying to let go. With her and Nick getting closer by the minute, will she move onto another Newman man in the near future?

It’s obvious that Kevin wants to rekindle his romance with Chloe, and this week he’ll turn to his brother Michael for support. While the Y&R audience knows why Chloe is so guarded, Kevin is still at a loss. Regardless, this week he won’t be able to shake the fact that Chloe’s paternity story doesn’t seem quite right. He’ll enlist BFF Mariah for help on this, and they will embark on a new mission to figure out who Bella’s father is. Stay tuned Y&R fans…

So, the news about Phyllis and Billy is out, but that won’t stop momma bear Jill from her initial plan to get her son back together with his ex-wife. She doesn’t allow the recent unfolding of events to discourage her, and Jill concocts a new plan this week to get Vicky and Billy back together. She’s relentless if nothing else, and Jill creates an interesting angle as it relates to Travis. Can Jill boot Travis out of the picture? Billy and Victoria are that Y&R couple that seems to break up, but always come back together and make up…so only time will truly tell.

So as Jill is busy trying to come up with a new plan to get Vicky and Billy back together, she also promotes Cane in the meantime. He’s been waiting for this for a while now and will be quite pleased at the idea that he is the head honcho at Brass & Sassy. With Billy and Victoria making it clear they can no longer collaborate together, this makes sense…but is it a temporary move, or will things change as Jill’s little scheme progresses?