5 Young And The Restless Spoilers For The Week (September 11) 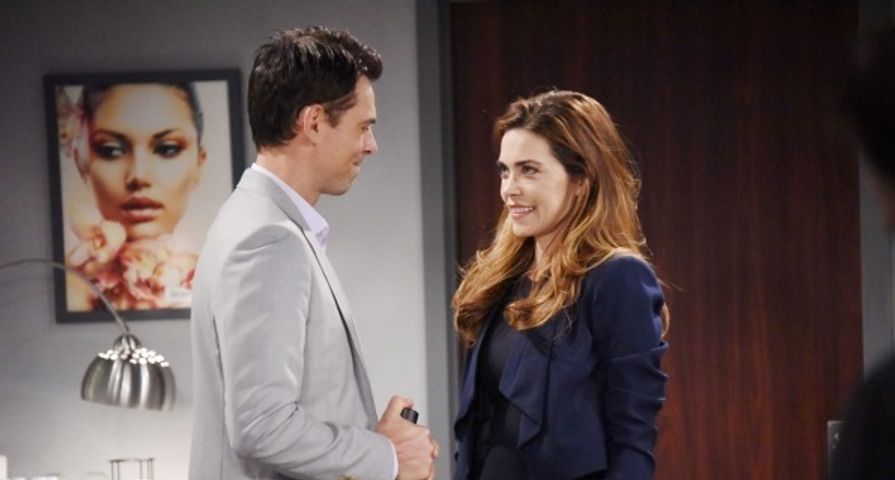 Genoa City will be busy with drama once again this week! Ashley snoops; Tessa may be in trouble; and Vicky and Billy get a little closer! Learn more about these stories and others in the Young and the Restless (Y&R) spoilers for the week of September 11th.

Ashley Abbott has one goal in mind this week and that is to figure out what Graham is hiding. She believes he has some secrets in his past and she wants to know them. Ashley has access to Graham’s suite this week, thanks to her mom. She’ll snoop around and find a letter from a nursing home that mentions Graham’s mom. She’ll find this interesting as he has dropped hints in the past that his mother was dead. Before she leaves the suite she’ll run into Graham. Ashley will try and come up with a good explanation as to why she is where she is, but can she convince Graham?

Y&R spoilers state that Sharon makes a judgement call this week about a big decision. Could it be about Alice and confronting her? She’s been warned by Nick to wait for more evidence. Y&R fans know how rash Sharon can be when it comes to confrontations and she may get overwhelmed with emotion and simply just do it.

Tessa will be digging herself into a hole she might not be able to easily get out of. Y&R spoilers indicate that all those involved with this angle will be heading into doom’s way. Thankfully Tessa has Mariah as a friend who will help her out, but Mariah may have some issues of her own. She and Devon will argue again this week. Y&R spoilers tease that Hilary might be at the center of it all.

Nikki will once again try to bridge that gap between Nick and Victor as she hates seeing them at odds. Sadly, she ends up doing the opposite and the plan backfires. In fact, the situation seems to have pitted Victor and Nick against each other even more now. With Thanksgiving just around the corner, here’s hoping these two can settle their differences before the holidays hit.

Cane and Vicky aren’t on the best of terms and these two end up fighting this week about their teenage children dating. It seems that Reed and Mattie’s relationship will cause a ton of problems for the adults at Brash and Sassy in the long run. Vicky will have some health issues this week, but Billy is around to help her out. This will forge an increased bond between Vicky and Billy, which Phyllis is sure to be upset about…but the bigger question is, can she do anything to stop it?