5 Young and the Restless Spoilers For The Week (October 2) 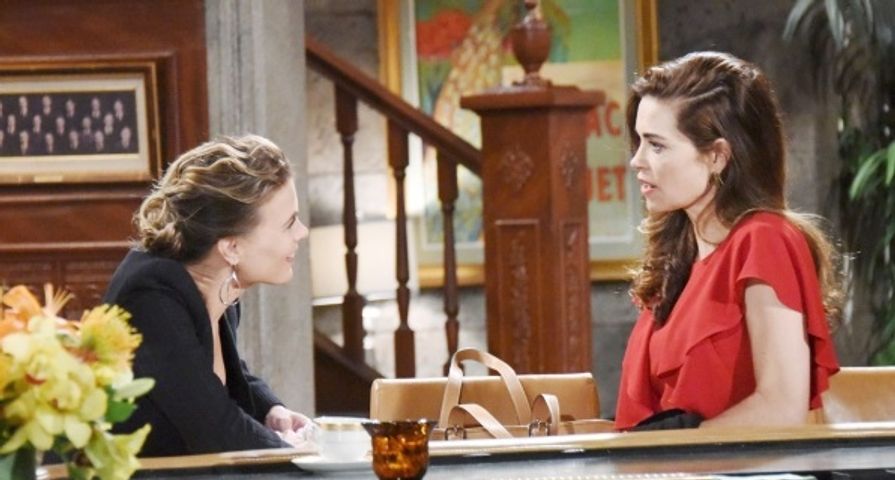 Newmans face off. Abbotts face off. Two sisters are reunited, and Cane and Lily are still dealing with baby mama drama. It is sure to be a drama-filled week on The Young and the Restless (Y&R)! Learn more about these stories and others in the Y&R spoilers for the week of October 2.

Nick will figure out that his father has been working with Kevin to drain millions from his accounts and will be quite upset over the ordeal. Nick is ready for a fight and Chelsea will worry over his vow for revenge. She’s concerned this family vendetta will not end anytime soon. Let’s face it — it probably won’t.

Lily and Cane will face an uphill battle. They let the twins know about their pending divorce and now they must find a way to move forward. Cane makes a promise that his love for Lily remains strong, but Juliet is hoping this isn’t the case. She wants him to forget about Lily, but can he? Only time will tell.

Phyllis will continue to be annoyed by Victoria. She will approach Vicky and tell her to back off, but Billy’s ex will do nothing of the sort. In fact, she and Billy bond even more after a crisis. The first phase of Jack’s plan goes off without a hitch and he’ll be over the moon when Billy takes the bait that has been planted. The hope is Brass and Sassy will hit a roadblock that will be hard to get over.

Crystal is rescued and Alice will get a hold of Leon’s gun. Thankfully, Crystal is reunited with her sister and Tessa will be happy that this has all ended. Still, there are problems on the horizon. Tessa will have a heart-to-heart with Noah and he will try to give her some advice.

Scott finds out something terrible about Zack. While he tries to warn Abby, she’ll dismiss it, but that won’t stop him from digging. Could he figure out that dating app isn’t on the up and up? Y&R spoilers indicate that Abby will have huge issues once Zack’s dark side is revealed. Devon is shocked by what Hilary does next and Ashley confronts Dina.