5 Young And The Restless Spoilers For The Week (October 17) 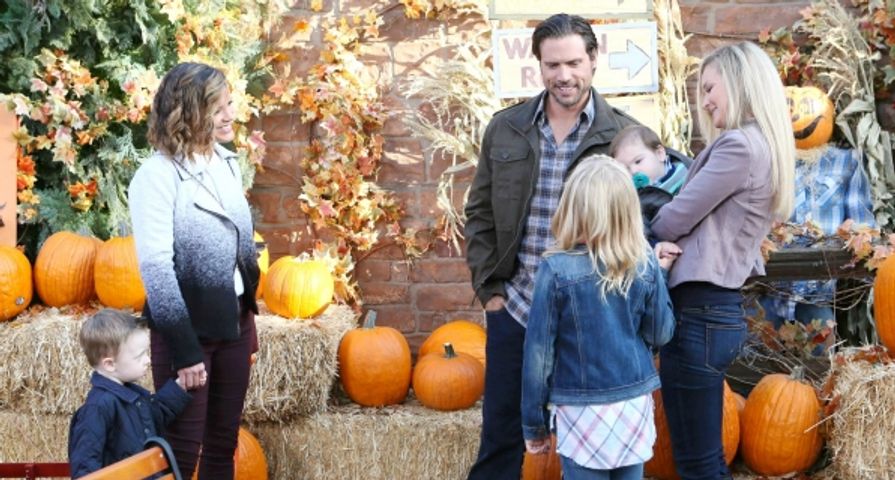 It’s definitely going to be an interesting week on The Young and the Restless (Y&R)! Patty is on the loose, and this means anything can happen. In other Y&R news, it seems that Stibby may be over and done with — for good this time! Phyllis works desperately to take down Victor and Victor may have made himself a new enemy. May seem like the ‘same old, same old’ this week in Genoa City, but things are about to explode with drama in this little town this week. Learn more about the Y&R spoilers for October 17th to the 21st:

Paul is frantic when he learns that his sister Patty has escaped the mental hospital. He gets the word out to find her and Sharon becomes quite uncomfortable with the idea. Mariah is on edge about the entire situation as well because she doesn’t know what to expect from Patty. Kevin will come to her rescue. Nick will be by Sharon’s side and will search around her house when she thinks someone is poking around. Unfortunately for Nick, someone hits him on the head from behind. Will he be okay?

Could this be the last we see of Stitch and Abby as a couple? For months now, they have been struggling with the idea of staying together or breaking up. It seems the Y&R might finally be pulling the plug on this relationship. This week Abby admits she’s never had that spark when it came to Stitch. In fact, she will tell her mom that she thinks her marriage is ending. With the end drawing near for this couple’s official split, could this open a door for Ashley and Stitch? Meanwhile, Chelsea has a painful reminder of Adam.

Steve Burton made a huge announcement last week, so it’s no shocker that at some point his character will be either killed or will simply leave town for one reason or another. This week, Y&R teases a reunion of sorts for former super couple, Nick and Sharon. They bounce back and forth from each other time, so with Dylan leaving the show and all this Sully drama, it makes sense for them to reunite. It will feel like old times for the couple this week as they share the house they once shared before. In fact, Kevin and Mariah catch them laughing up a storm, as Nick is wearing nothing but a towel on.

2. Phyllis On The Move

Somehow the flash drive with incriminating evidence on The Moustache lands from Phyllis’ hands to Billy’s. She struggles to do whatever she can to get it back. Her plans are to take the drive to Hilary (and GC Buzz). This may be good news for Hilary. She’s been looking for a big story to report on to make her mark with the show; however, Phyllis needs to get that drive away from Billy and to Hilary. Something tells us she gets this done this week.

Spoilers tease that Victor encounters a new enemy, but is that rival Hilary? While it might be, spoilers also indicate that Travis tells Victor that Newman Enterprises has been hacked. Victor assumes its Jack, but is it? Jabot is now on Victor’s radar (has it ever really been off his radar), but it seems that he is forming rivals from all around him. Jack, potentially Hilary (and GC Buzz), not to mention new ones that will certainly come out of the wood work, in coming weeks.