5 Young And The Restless Spoilers For The Week (January 16) 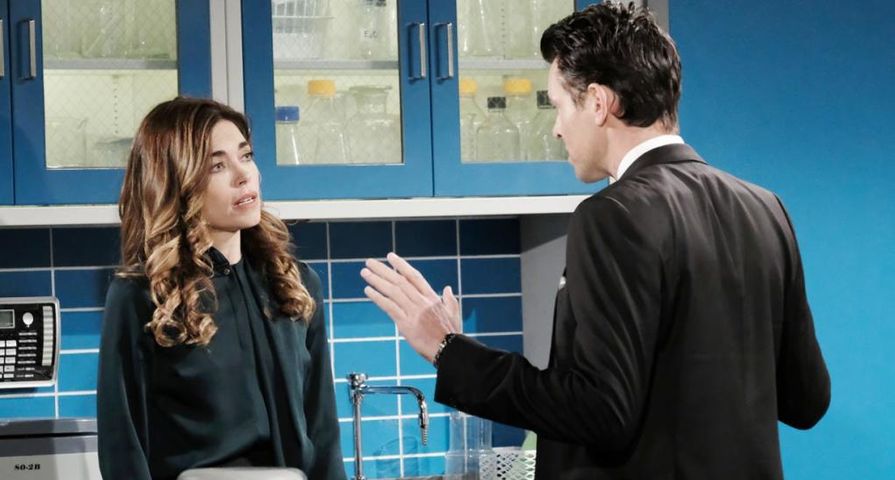 New Year means new drama for Genoa City! There will be plenty of drama this week on The Young and the Restless (Y&R). The soap won’t be on Friday as it is pre-empted for the 2017 Presidential inauguration. Learn more about the Abbott family, Nick, Sharon, Dylan, Victoria, Travis, and more, in the (Y&R) spoilers for the week of January 16th.

Sharon continues to worry about Dylan and his whereabouts. She keeps asking Kevin for details but he tells her this week that he can’t help her. She ends up going off the rails and makes a grave mistake. Meanwhile, it turns out her instincts are right as Dylan faces grave danger. He is backed into a corner when a masked man holds him at gunpoint. He ends up fighting for his life.

Victoria and Billy are discussing a Valentine’s Day advertisment when Reed comes in and thanks Billy for their chat. When Victoria asks what he’s talking about, Billy said he just helped him with some homework, but she’s not buying it. He ends up telling her that he needed help with “guy stuff” and that she should be glad he came to an adult to discuss it. Later this week Victoria finds her credit card info on an adult website, but Reed lies and will say he doesn’t know anything about it.

Jill speaks her mind and lets Jack know that she will not be forgiving Hilary under any circumstances while Jack encourages Hilary to come lean to her husband. He thinks she should come clean as soon as Stitch gives her the go-ahead. She spends most of this week scrambling to cover up her secrets and notes that Devon wasn’t legally impaired at the wheel, but is worried the truth could come out.

2. Devon Searches for the Truth

Devon continues to wonder what happened right before his accident. He confronts her and asks about why she wasn’t in the car with him that night. Hilary works hard to cover up the truth with lies. Later this week, Hilary surprises Mariah and Devon uncovers the truth. Will it drive a wedge between them? He might end up leaving her for good.

Billy is busted by Victoria as she envies Reed’s bond with him. Lily revisits the past and returns to modeling. Phyllis crosses Ashley and stumbles across a secret. She and Ashley will engage in another intense conversation. Victor rounds his whole family up together at the Top of the Tower.