5 Young And The Restless Spoilers For The Week (December 5) 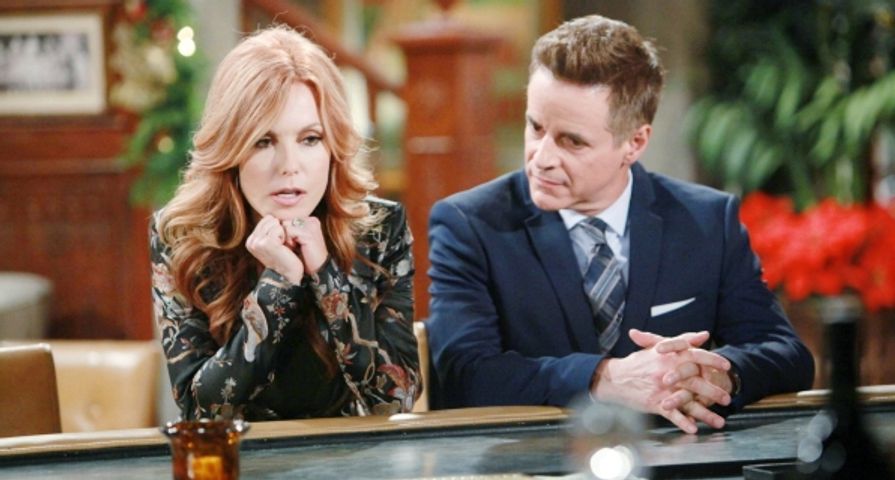 ‘Tis the season for drama in Genoa City! As we head into the holidays, there is plenty of this on The Young and the Restless (Y&R) this week. Learn more about the Abbott family, Nick, Sharon, Dylan, Christian, Vicky, Travis, and more, in the (Y&R) spoilers for the week of December 5th.

While Traci hopes to help bring her two brothers back together this week, Jack will offer some challenges. Billy seems to be on board when it comes to making things right. He’ll smooth over the broken relationship he has with his big brother Jack, but Jack isn’t so ready to forgive. Spoilers indicate that Traci will work hard to get them to resolve their issues and move forward. Jack wants to extract some revenge on Billy for what he did. This week, Jack will do something in order to ensure Billy feels a small part of what he felt like after he found out about his affair with Phyllis.

4. Victoria Holds On To Hate

Seems like no one is in a forgiving mood these days. While Travis tries to reach out to Vicky numerous times this week, Vicky won’t budge. Travis wants one more chance, but spoilers indicate that Victoria isn’t having it. She feels he’s been given more than enough chances. She’s also still kicking herself for not trusting her gut when it came to him and running from the relationship when she thought she should. Travis is devastated this week when he realizes there might be no chance of reuniting with Victoria.

As they celebrate another anniversary, Lauren will hide her worry from Michael. She’s stressed out about work, specifically Fenmore’s profits. While she tries to cover this up, Michael does notice something is wrong. He asks her to tell him, yet it seems that she will continue to hide her fears about the company. Where is this storyline heading? Stay tuned Y&R fans ….

2. The Battle For Christian Continues

Dylan is stuck between a rock and a hard place. Michael lets him know this week that Christian’s allergic reaction ordeal could help their case against Nick. They’ll be able to prove he’s irresponsible. Dylan is on the fence about crossing this line. He just wants some visitation rights, he doesn’t want to make Nick look bad, but using Christian’s recent allergic reaction in court could help him achieve visitation. Meanwhile, Sharon pushes the idea of divorce, so Dylan will get a chance to keep Christian in his life. On the other side of this situation, Nick gets quite upset at Dylan and Sharon for not telling him about Christian’s food allergies. He also accuses his mom of taking sides. Faith decides she wants to go back to Nick’s this week too.

Mariah goes head-to-head with Hilary about changing up Dylan’s interview, and their feud continues to heat up this week. Chloe gets mad at Kevin when she finds out he went in her closet. Chelsea and Sharon have a one-on-one conversation about the future.