5 Young And The Restless Spoilers For The Week (August 28) 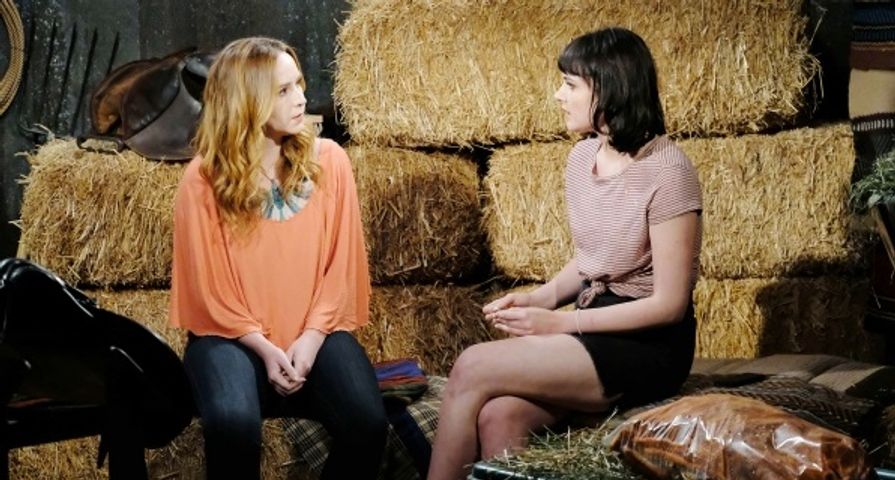 As the end of August winds down and September is upon us, one would think things would start to cool off in the land of Genoa City. There’s some family drama between the Ashby women, trouble in paradise for Philly, and Hilary has her eyes on Devon. Learn about these stories and more in the Young and the Restless (Y&R) spoilers below for the week of August 28th.

5. Drama Between Mattie And Lily

Y&R fans can see the bond developing between Lily and Jordan and this week, and Mattie will see it too. Not surprisingly, she won’t like it one bit. Jordan gives Lily some flowers, so they have a tender moment together, and Mattie will notice their connection. She’ll explode on her mom for moving on from Cane so swiftly. After all, it hasn’t been that long since her dad moved out. Lily will struggle with explaining everything to Mattie, but will also reassure her that there is nothing big going on between her and Jordan. We all know that is not the case, Lily knows that too.

Nikki tries to smooth things over this week, but it doesn’t go so well. Nikki feels that the nastiness going on between Nick and Victor has lasted too long. While her intent is good, the plan will fail. Both Newman men are stubborn and perhaps it is too soon for either of them to call a truce.

Speaking of family drama, seems like Ashley will find some dirt on her mom’s lap boy, Graham. The family has been trying to figure out where exactly he fits into the picture when it comes to Dina. Seems like as the information on Graham trickles in, Ash will get a good idea of who Graham really is.

Vicky will fall upon some surprising news. She’ll discover that Phyllis was the one to place Ben Hochman on her path. Victoria will be furious and a huge confrontation will spark up this week between the two. After that, Vick will take the time to reconnect with Billy. They’ll talk about their past and share a kiss together. It seems like there is trouble in paradise for Philly. Meanwhile, Chelsea issues Hilary a warning.

Tessa and Noah will fall into some problems this week. She’ll start to feel some distance from her boyfriend due to the secrets she is not telling him. Speaking of issues, Devon and Mariah will be experiencing some soon too. As Hilary and Jordan are no longer, the vixen will start to see her ex-husband in a new light. She’ll also start to meddle in Devon and Mariah’s relationship. Should make for an interesting watch.