5 Young And Restless Spoilers For The Week (April 18) 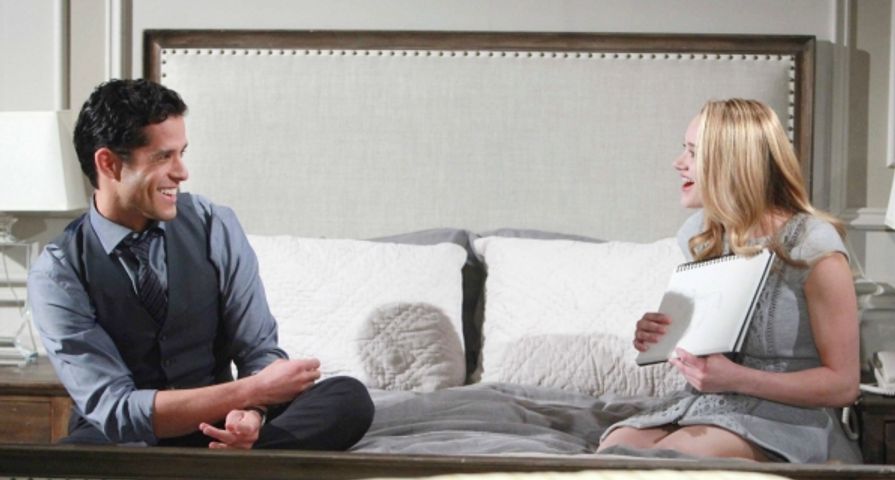 Hold on to your hats Young and the Restless (Y&R) fans because this is a week in Genoa City you may not want to miss! Learn more about Jack and Phyllis’ fate, Sage and Sharon’s alliance, not to mention if Victor can or will survive another day in prison in the spoilers for the week of April 18th.

5. Can Phyllis and Jack Survive?

The last straw on this relationship could be handed out this week. Excited to tell Red about the deal he struck with Vicki, Jack catches his wife and brother (off guard) in an interesting situation and only half-clothed. This sends Jack into a rage and he fires Billy from Jabot. Billy in turn seeks out to gain some revenge on Jack.

4. Victoria Moves on From Her Daddy’s Shadows

Off the cusp of her deal with Jack, Victoria once again proves she is nothing like her father. The news of the deal reaches Victor which displeases him immensely as he felt she had the Abbotts in the palm of her hands with the lawsuit.

Speaking of the Moustache, everyone in Genoa City including the Newman clan will think he is dead andVictor will once again pull off a coup. With the help of the prison doctor, Dr. Meredith Gates, Victor will concoct a plan where it appears that he is dead, but he really isn’t. The plan centers around him being taken out of prison in a body bag where Victor will not only become a free man, but also gain some revenge on his family.

2. Nikki Moves in With Dylan

After Dylan realizes that Nikki is struggling with her drinking, he offers her a place to stay with him, Sharon and Sully. Of course, Sharon and Nikki butt heads from the get-go and Sharon turns to Sage to lean on. This results in an interesting alliance between Sage and Sharon this week. The two decide to push forward and investigate the night Sully was born at Fairview.

Summer and Luca’s relationship further progresses. There is tension between Mariah and Kevin, thanks to Natalie.