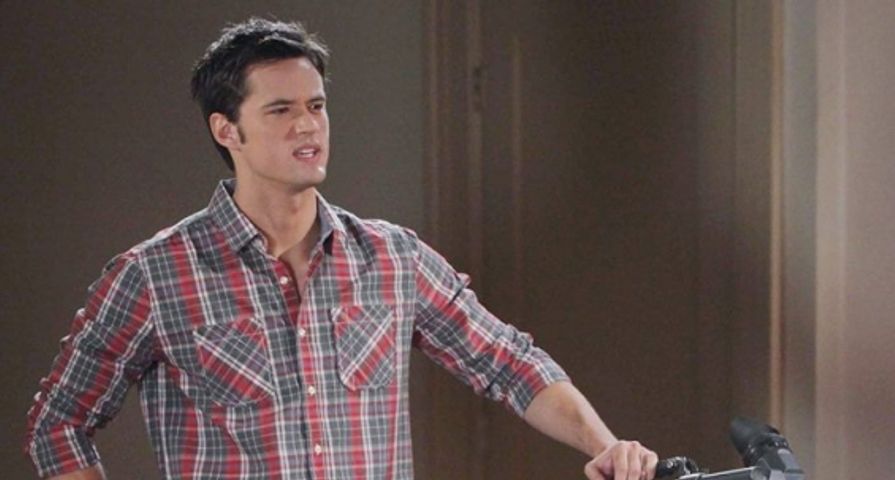 The best thing about soap operas is that they are full of surprises — whether it’s a new love affair, an adventure for new heroes or heroines to embark on or just the good old fashioned fun of an old character who has returned to the show. Fans of daytime drama love to be shocked with larger-than-life plot twists. For those who tune into The Young and the Restless (Y&R), Genoa City is certainly no exception when it comes to intriguing plot twists. Below are five of the biggest Y&R plot twists to hit the popular daytime soap.

In 1989, Phillip Chancellor III died as a result of a drinking and driving accident and Y&R fans were devastated. Fast forward some years (thanks to bad dreams on Katherine Chancellor’s part) to a séance with Sylvia Brown, it was revealed that Kay actually switched Jill’s baby and the Phillip who died in 1989 was not really Phillip Chancellor III. Enter: Cane Ashby, Jill’s (apparent) real son. Now that in itself is enough to hit this plot twists list, there is still more to the story. While the ladies of Genoa City fell to Cane’s feet, Ashby got adjusted nicely to having Jill as his momma. It was undeniably a massive plot twist when it was revealed that Phillip had not died all those years earlier. In fact, Cane was not Jill’s long-lost son, he was merely hired by the real Phillip to pretend to be him, so he could keep the fact that he was alive from his family because it turned out Phillip wanted to escape the life he was living, so he could cover up being gay.

4. Jill Figures Out She’s a Fenmore

Jill and Katherine had a rivalry of iconic proportions on the Y&R. Whether they were fighting over men or money, they had on-screen chemistry like no two other ladies on daytime drama. That’s why the 2007 storyline which had a huge plot twist was so incredible to watch. The twist came when these two mortal enemies turned into the best of friends and established a beautiful mother/daughter bond that would carry on until Kay’s passing. As it turned out, the two rivals were actually mother and daughter and watching their relationship turn from negative to positive was an endearing one. Unfortunately, come 2009 a major plot twist hit which proved that Kay and Jill actually were not related. Sure, they spat about it here, there, and everywhere in between during the aftermath. Still, the beauty of it all was even after they figured out they weren’t blood related, these two still remained roommates and close friends after all the cards fell and Jill turned out to be a Fenmore.

3. Sharon Tries To Prove Her Innocence

Back a few years in 2011, Adam and Sharon were in love, which was great, but they were also Genoa City’s outcasts as a result. Despite the fact that he had stolen her baby and lied to her, silly little Sharon loved Adam unconditionally. She flew off to Hawaii to find Skye Lockart (alive) to prove that Adam didn’t kill her as he was accused for her murder. Alas, Sharon found Skye, but what happened after that was a series of crazy plot twists, which lengthened this storyline considerably. When Sharon located the woman, Skye slipped in a volcano and died. Enter plot twist number one: Sharon replaced Adam and began fighting to prove her innocence in the murder of Skye. She then was convicted of murder, escaped jail (plot twist number two) and was presumed dead (plot twist number three). Really alive, Sharon assumed a new life (plot twist number four), and ended up back in Genoa City when she was found. Adam located evidence to clear Sharon from the Skye Lockhart murder charges (plot twist number five), but destroyed the evidence since Sharon embarked on romance with Sam while she was acting like ‘Sheri’ (plot twist number six). Sharon was eventually cleared of the murder charges, but not without a tremendous amount of drama with twists and turns along the way.

In a more recent plot twist, Y&R fans have been blown away by the return of a familiar face and her role in framing Adam Newman for the murder of Constance Bingham. Fans speculated as to how Victor Newman could pull off forging the documents in prison and other details like paying off the coroner in Tampa to make it look like Constance had been poisoned. All in all, it was Chloe Mitchell helping Victor in this scheme which made a lot of sense, considering Adam was responsible for the death of her daughter Delia. The return of Chloe and her alliance with Victor not only made for an interesting plot twist, it’s also allowed for a renewed storyline between Chloe and some other Y&R characters in Genoa City. This is still unraveling and fans can’t wait to see the outcome.

Many plot twists and turns occurred during the Marco Annicelli/Jack Abbott doppelganger storyline and one interesting one was Austin’s murder. During a Valentine’s party at the Abbott cabin, Austin Travers was found dead in an armoire after the festivities went a little overboard. Since Abby, Mariah, Kevin, Summer, Noah, Courtney and Fen were all there, the finger pointing began. It was later revealed that the murderer was in fact Detective Harding, a corrupt cop paid off by Annicelli who not only killed Austin, but Courtney as well. The whole storyline (and murder plot twists) not only resulted in some deaths, but also revealed an affair by Austin and Abby, as well as a Newman family scandal and caused Victor Newman to be imprisoned when all was said and done.