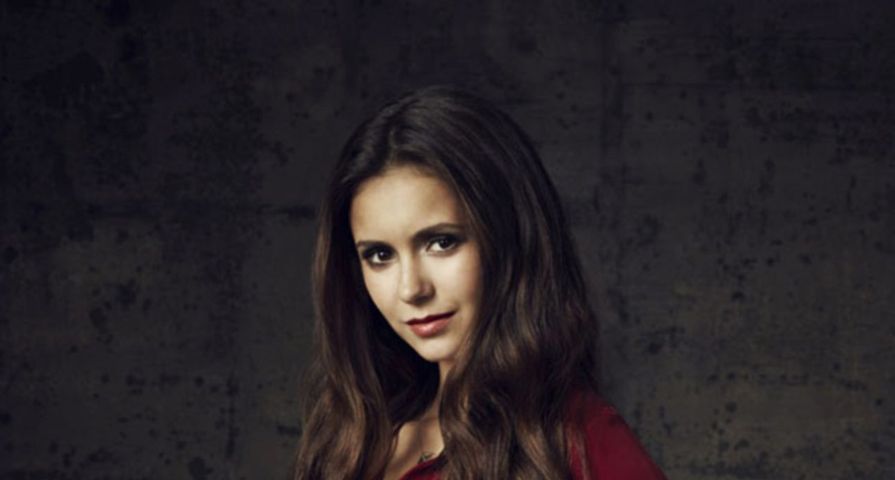 It never bodes well for popular TV series when one of its stars, or sometimes several, exit the show before it is over. Luckily, many of those series have been able to move forward without some of its stars, but thankfully quite a few of them made the time to make one last appearance on the series. It is hard to wrap up a beloved and long-running series without all of the stars, and out of loyalty to the show and of course the passionate fans, here are 12 TV shows that managed to bring back their former stars for the series finale:

After almost six seasons starring as Dr. Allison Cameron on House, actress Jennifer Morrison exited the series. Although she went on to appear in other fan favorite series such as How I Met Your Mother, and of course star in Once Upon a Time, her character was a pretty big loss for House. Luckily, Morrison made time to appear in the series finale episode “Everybody Dies” in 2012. She and Kal Penn, who exited the show in 2009, appeared as visions that Dr. House had as he struggled to decide if life was worth living.

The original CSI series had an incredible run on television, and dealt with the loss of several of its main stars including William Petersen and Marg Helgenberger. After starring as the CSI leader for nine seasons as Gil Grissom, Petersen only appeared in special episodes until not appearing at all in season 14 and season 15 before returning for the finale. Similarly, Marg Helgenberger starred as Catherine Willows all the way through season 12 before taking her exit. The show muddled through a few more seasons with Jorja Fox, George Eads, and even brought in Ted Danson before finally calling it quits after season 15, and luckily the finale episode included both Petersen and Helgenberger to wrap up the series and characters the way fans wanted.

Over the course of Glee‘s six season, many of the stars left and others lessened their appearances and only Chris Colfer, Jane Lynch, Lea Michele, Matthew Morrison and Kevin McHale were the only ones to appear in the entire series. For the finale episode “Dreams Come True” almost everyone came back to end the series and show what happened to everyone’s favorite character after college and beyond.

Friday Night Lights is one of the few shows to turn over a huge portion of its cast and make it work. Over the course of the show, fans slowly said goodbye to characters such as Jason Street, Tyra Collette and Landry Clarke while others such as Matt Saracen took on a lesser role. The drama of the series’ almost cancellations and overturn of characters made for a rough road for fans, but the finale episode “Always” did everything it could to give the show an ending it deserved. One of the best things about the finale was the return of Adrianne Palicki as Tyra and Jesse Plemons as Landry. While they didn’t get to share a scene together, the reuniting of Tyra and Tim was everything fans could have hoped for.

The ending of Lost may be one of the most buzzed about series finales ever, but the one thing it has going for it is that it brought back almost every single character from the series. Ian Somerhalder, Maggie Grace, Dominic Monaghan, Elizabeth Mitchell, Rebecca Mader, Jeremy Davies, and Cynthia Watros all made sure to make the return for the finale.

After an incredible 15 seasons, ER finally came to an end on April 2, 2009 with the episode “And in the End…”After so many years, the show had seen a revolving door of stars and characters come and go, and producers thanked fans for their loyalty by making the finale a wonderful reunion of some of the originals. While George Clooney and Julianna Margulies didn’t make the finale episode, Sherry Stringfield (Susan Lewis), Eriq La Salle (Peter Benton), and Laura Innes (Kerry Weaver) did return to wish Noah Wyle’s character good luck on the opening of his new practice.

It is incredible enough that The Office went on for two seasons without Steve Carrell, but it was even more incredible that he came back in order to make the finale as great as it could be. After leaving the series in season seven, Carrell returned as Michael for Dwight and Angela’s wedding in the finale episode aptly titled “Finale.” He was back and better than ever, and while fans were sad to say goodbye to the beloved series, it wouldn’t have been the same without an appearance from Michael.

That ’70s Show had a really successful eight season run, but things admittedly went downhill when Topher Grace left the series after season seven. His exit as well as Ashton Kutcher’s at the same time hindered the series, but fans were happy that Grace at least returned as Eric Foreman for the show’s final episode “That ’70s Finale” in 2006. Kutcher also returned as Kelso for a few episodes throughout the final season including the series finale.

Two and a Half Men had enough drama off-set to keep it running, but even after Charlie Sheen and Angus T. Jones’ exit, it continued on with Ashton Kutcher stepping into the lead. While Sheen made his definite exit from the series in 2011, it was harder for Jones to cut ties, He eventually left for most of seasons 11 and 12, and returned for the final episode definitely not looking like the “half” man anymore. His appearance was small, but it was enough to quickly wrap up his character’s story for fans including leaving the army, moving to Japan, getting married and winning a bunch of money.

The Good Wife made a drastic move when it killed off Josh Charles’ character Will Gardner in season five. Fans were stunned and saddened by the loss, but producers attempted to make it right by having Charles return for the final episode two seasons later. Of course, with Will being dead, they had to have him as a ghost who was there to help guide Alicia (Julianna Margulies) which was weird for the series, but at least it meant Charles could be in the series finale.

David Boreanaz made such a huge impression on Buffy the Vampire Slayer fans as Angel that, before Buffy even came to an end, he got his very own spin-off series. For fans there was no greater moment than when Boreanaz returned in Buffy‘s final two episodes to have one last moment with Buffy and of course hand over the amulet that would allow Spike to save the world, which was obviously very important.

Most recently, fans were ecstatic to learn that after her season six exit, Nina Dobrev would return as Elena Gilbert for The Vampire Diaries upcoming series finale. After eight seasons, TVD is calling it quits and while fans knew it was coming, there was still the question of how they would wrap it up and if in fact Dobrev would return. Dobrev made the announcement on January 26, 2017 by taking to her Instagram to post a photo of her script for the episode. “I know it’s Thursday, but this is not TBT. #BackOnSet #TVDForever,” she captioned the photo.