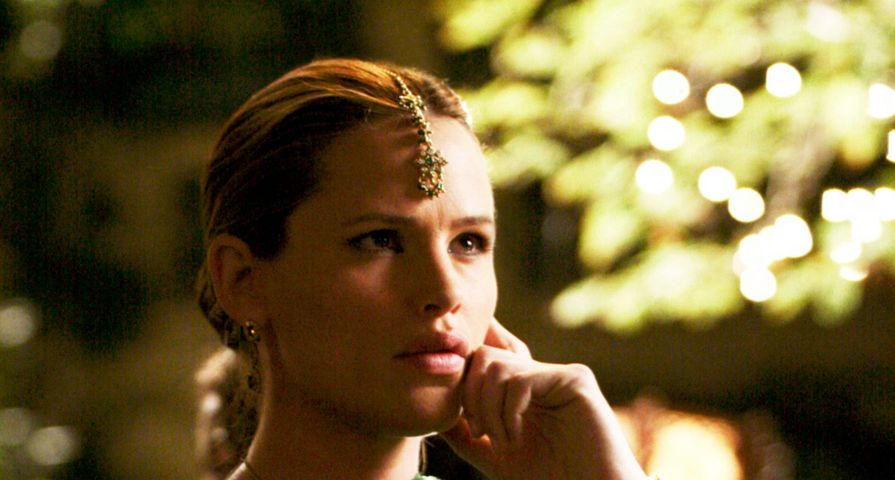 When an actress on a hit show gets pregnant, producers have two options – either write the pregnancy into the storyline or pretend that it doesn’t exist and just hide the bump with clothes and objects. For these 12 pregnancies, producers chose the former and wrote them into storylines; however, not everyone was aware that these ladies were actually pregnant on their shows. Here are 12 TV pregnancies that you didn’t know were real:

Lisa Kudrow was pregnant during season four and five of Friends, so her pregnancy was written into the show. Her character, Phoebe, was acting as a surrogate mother for her brother Frank and his wife, who were unable to have children, and was expecting triplets. Initially, Kudrow had mixed feelings about including her pregnancy in the show. She was concerned that if something went wrong with her pregnancy she’d still have to play a pregnant woman but, lucky for her, nothing did go wrong.

When Hayden Panettiere was pregnant with her first child with Wladimir Klitschko, her pregnancy was written into the show she starred on, Nashville, during season three. When Panettiere was suffering from postpartum depression during the following season and left the show to seek help, her character experienced the same struggle and was briefly written off the show to give the actress time to undergo postpartum depression treatment.

10. Alyson Hannigan – How I Met Your Mother

Alyson Hannigan’s first pregnancy was not included in any storylines on How I Met Your Mother and neither was Cobie Smulders’. However, Hannigan didn’t have to hide anything with her second pregnancy in 2011 because her character, Lily, was already expecting during season seven!

9. Molly Ringwald – The Secret Life of the American Teenager

When Molly Ringwald was initially cast on The Secret Life of the American Teenager, she told the show’s creator Brenda Hampton that she was trying to get pregnant and while it was initially agreed that her character would go a weight loss camp when Ringwald began to show, it was later decided that her pregnancy would be written into the series.

Life imitated art when Jennifer Garner got pregnant in 2005. Her pregnancy was written into her TV show Alias, as her character, Sydney Bristow, got pregnant with her fiancé Michael Vaughn’s child. Producers initially considered using computers to paste Garner’s head on another actress’ body when they found out about her pregnancy but decided to incorporate it into storylines to take advantage of all of the dramatic, physical and comedic opportunities.

The Vampire Diaries decided to include Candice King’s pregnancy in the show even though her character Caroline, who was a vampire, shouldn’t technically have been able to have kids. Producers decided to add a weird twist to Caroline’s pregnancy – the twins she was carrying were Jo and Alaric’s, Alaric being her former teacher. Some fans would definitely have preferred Caroline to be carrying her boyfriend Stefan’s child, but producers felt differently.

Rachel Bilson’s pregnancy in 2014 was incorporated into her show, Hart of Dixie, and her character, Zoe Hart, became pregnant as well. After her character gave birth on the show in the season four finale, the series was canceled, which had many fans thinking that the show’s cancellation had something to do with Bilson’s pregnancy. The reason that Hart of Dixie was canceled, however, was the show’s ratings, which had always been relatively low.

Although Bethany Joy Lenz’s character Haley was pregnant during season three and four of One Tree Hill, she wasn’t actually pregnant in real life. In season eight, however, when her character got pregnant again, Lenz was really with child. She gave birth to her daughter, Maria Rose Galeotti, in February 2011 with her husband Michael Galeotti, who she divorced one year later.

3. Ginnifer Goodwin – Once Upon a Time

Ginnifer Goodwin’s first pregnancy wasn’t written into the Once Upon a Time script, so her growing bump needed to be disguised with swing coats that loosely hung around her body. For her second pregnancy, it was written into the storyline so that Snow White, like Goodwin, would be having a baby. She wasn’t the only actress on-set whose real-life pregnancy was written into the series – Emilie de Ravin’s character Belle also became pregnant after the actress announced that she was expecting in 2015.

When Sarah Drew was pregnant with her first child in 2011, her pregnancy was not written into the series; however, her second pregnancy in 2014 was. Drew pitched the idea of her character, April, being pregnant to Shonda Rhimes, which is how the heartbreaking storyline involving her newborn child dying shortly after birth because of brittle bone disorder was conceived. Ten hours after Drew fake delivered, she went into real labor, but thankfully she didn’t have complications like her character did.

During season six of Charmed, Holly Marie Combs was pregnant, but her pregnancy wasn’t initially written into the show. Instead, her growing baby bump was obscured by shooting the actress up close and having her wear baggy clothes; however, partway through the season, producers changed their minds and decided that her character, Piper, would be pregnant too.