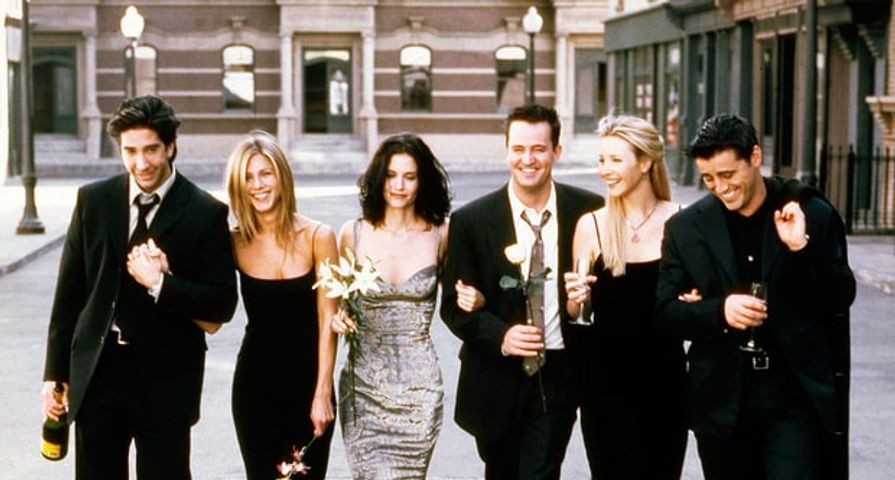 Comedy has been the centerpiece of television for decades and networks and producers are constantly on the lookout for the next big hit. Sometimes it can be hard to predict the success of a comedy series because it can be less about the show itself and more about the cast chemistry and delivery of the humor. Casting the right people to fit into each role is a difficult and very important cast but especially for comedies where the humor has to be delivered perfectly, and it is safe to say that all of these shows had an amazing casts, some were just better than others. Here are 12 of the most popular comedy series cast ensembles ranked from worst to best:

There is no doubt that Sex and the City is one of the most iconic comedy series of the 2000s. It not only paved a new path by having four individual and strong female leads, but also by openly discussing the sex lives of the women as they navigated love and life in New York City. While each actress definitely played her part perfectly, in terms of comedy cast ensembles Sex and the City ranks last because, if we’re being honest, Samantha had the funniest lines along with Carrie, and Miranda and Charlotte were boring in comparison. They were a great group together, but when it comes to humor, some definitely outshone the others.

Long before Modern Family, Will and Grace was setting new standards for TV sitcoms by being the first to have openly gay main characters. While the series was important and has become iconic, it hasn’t had the same staying powers of other comedies of its time. Debra Messing, Eric McCormack, Megan Mullaly and Sean Hayes had great chemistry, but the jokes didn’t always resonate the way they were intended and after awhile the same sort of humor from each character became a little tired. Now fans will have to see how things are changed and if it will be as good as it once was with the upcoming Will and Grace revival.

How I Met Your Mother had a lot of success over its nine season run so there is no denying that the series had a lot of fans! As a sort of Friends meets It’s Always Sunny in Philadelphia type show, everything relied on humor, and no series goes on a nine season run without a fantastic cast. With Josh Radnor, Jason Siegel, Cobie Smulder, Neil Patrick Harris, and Alyson Hannigan in the lead roles, the series definitely provided laughs, but a lot of it was thanks to NPH as Barney Stinson. The show was funny, but some of the stars definitely didn’t pull their weight when it came to providing the laughs.

In terms of newer TV comedies, Brooklyn Nine-Nine has stood out above the rest. While the show stars Andy Samberg, for those worried his sometimes over-the-top personality would dominate the series, they have been pleasantly surprised with how everyone gets their screen time and and how some unexpected stars on the show offered some of the best comedy. Terry Crews as Terry Jeffords, Stephanie Beatriz as Rosa Diaz, Melissa Fumero as Amy Santiago, Joe Lo Truglio as Charles Boyle, Chelsea Peretti as Gina Linetti, and Andrew Braugher as Ray Holt have all come together to make a surprising yet amazing cast ensemble. While the series hasn’t received quite the following as many other comedies, it has achieved five seasons so far.

If the length of a series is one measure of its success, than the awards it wins is definitely another. Modern Family has won numerous Emmys for it’s Comedy Casting as well as for Outstanding Comedy Series, and set a new standard for family comedy sitcoms on TV. While its goal was to be progressive and inclusive, it ended up being a true-to-heart comedy as well, by pulling together a rather odd cast who work together in the best way possible. One of the series’ biggest problems is making sure that with so many stars, they all get their stories told properly and all get their chance to shine with their individual humor.

As times have changed so has the humor and content in some of the most popular of TV comedies, and sometimes looking back on the shows from the ’80s is a refreshing change. Today much of Married…With Children‘s humor may be found offensive, but the cast was amazing. Ed O’Neill along with Katey Sagal, Christina Applegate and David Faustino all came together and worked off each other so well to deliver their lines that it actually made viewers laugh out loud. The show may have been rude and crude but was unapologetic about it which definitely resonated with its fans who loved the series and the cast.

Few shows have been quite as celebrated as Seinfeld, and the show remains a pop culture icon almost two decades after its finale. Comedian Jerry Seinfeld might have led the series, but everyone else definitely held their own, bringing fresh and unique humor to the characters of Elaine, Kramer, and George. Fans can’t deny that any other cast of stars would not be able to pull off the ridiculous yet hilarious storylines of the four characters’ lives in New York.

5. The Fresh Prince of Bel-Air

It is hard to believe looking back now that Will Smith had no acting experience before becoming the lead of The Fresh Prince of Bel-Air. Will Smith along with James Avery, Alfonso Ribiero, Karyn Parsons, Tayana M. Ali came together to form the Banks family and offer up some of the best comedy of the ’90s. Each individual actor brought something special to their character and delivered each line with such power and commitment that no joke ever fell flat, and Will Smith mastered the art of physical humor to go along with the comedy in the lines.

Reba is definitely one of the most underrated TV family comedies of all time. While it has a very devoted fanbase, it seems it was never given its fair shake on TV, lasting for only six seasons when most fans would have preferred many more. Despite being over for 10 years now, the re-runs still do exceptionally well thanks to the outstanding performances from the entire cast. While the show taught us that Reba McEntire is absolutely hilarious, an amazing cast was put around her including Joanna Garcia, Steve Howey, Mitch Holleman, Melissa Peterman, Scarlett Pomers, and Christopher Rich. Reba McEntire definitely stood out, but as an ensemble, each actor and actress made the show that much better and the way the character’s played off each other created even more funny moments.

The Big Bang Theory has its fair share of critics but after eleven seasons, the series shows no signs of slowing down. Few comedy sitcoms have had the kind of success or reception that The Big Bang Theory has, and that is in large part due to the fantastic cast. Creating a cast with such excellent chemistry is hard to do, but producers nailed it with The Big Bang Theory, and the comedy is accessible, hilarious and the kind that can be watched again and again with the same entertainment value. Most importantly, it is one of the best comedy cast ensembles because each character is funny and delivers laughs in their own way and makes it hard to really pinpoint who is the funniest. This was most evident with the inclusion of Mayim Bialik and Melissa Rauch as Amy Farrah Fowler and Bernadette, because they fit in seamlessly and have become two of the funniest additions, but the same can be said for even minor characters such as Stuart Bloom and Barry Kripke.

Some of TV’s best comedies have been over for quite some time, but there is no forgetting them. One of TV’s most iconic family comedies has always been Roseanne and with good reason! The series took a never-before-seen approach to depicting blue-collar families who are just struggling to make ends meet which made the humor not only funny but completely relatable to fans. From 1988 to 1997, the series was one of the most popular on TV, and while comedian Roseanne Barr may have headlined the cast, it did not mean she was the only one who made it humorous. Everyone from John Goodman to the kids came together to form a completely believable and extremely funny family and had such great cast chemistry, it really resonated with audiences. The show has found new life with a revival, which began airing on March 27, 2018.

Casting leads for a series is the most important, but to cast six leads and ensure they all get equal time is an even more difficult feat. There is no denying that Friends has set the standard for TV comedies, and even producers didn’t know what they had when Jennifer Aniston, Courteney Cox, Lisa Kudrow, Matt LeBlanc, Matthew Perry and David Schwimmer were cast as the lead ensemble for the series. When it comes to cast chemistry there are few better examples than Friends and everything from the one-liners to the physical humor was so naturally funny, it was hard even for the stars to keep it together while filming.