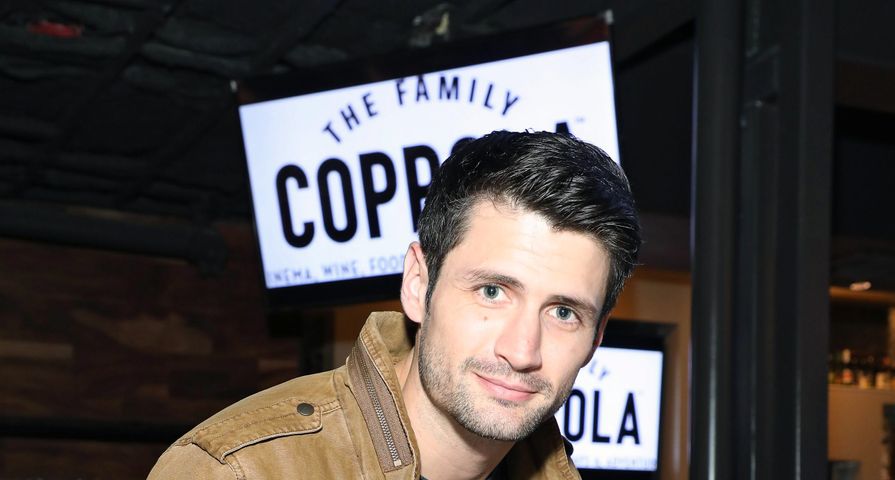 When done right a teen series can become iconic and go on for many seasons, making its stars some of the biggest TV stars of their time. To the dismay of fans, many of these stars don’t continue on in the spotlight and new shows and stars take over. While some moved into films, others turned to other career opportunities behind the scenes, and others ended up joining series that just weren’t as successful as the one that made them popular. No matter how much time goes by, fans are still hoping these 12 former teen series stars will make their big TV comeback:

There is absolutely no doubt that Sarah Michelle Gellar is still one of the most beloved actresses in Hollywood, but her on-screen career has slowed down considerably. She has become a pop culture icon thanks to her role as Buffy Summers in Buffy the Vampire Slayer from 1996-2003, but after the show she mostly turned to movies with roles in Scooby-Doo, The Grudge franchise, The Air I Breathe, and Veronika Decides to Die. While she did attempt more television success with Ringer in 2011 and The Crazy Ones in 2013, both series were cancelled after only one season and she hasn’t made another return since. While she is still doing well with the release of her cook book and focusing on her personal life with her husband Freddie Prinze Jr. and their two kids, many would love to see her once again starring in a hit TV show!

Out of all the talented stars on Friday Night Lights, it was Taylor Kitsch as Tim Riggins who stole the show. Like many others when the show came to an end, Kitsch tried his skills on the big screen with roles in John Carter, Battleship, Savages, The Grand Seduction and Lone Survivor, but was always met with heavy criticism for his acting. Although he did return to TV with season two of True Detective, not much has been heard from the actor since. While his film career may not have gone as planned, there are many fans who would love to see him back on TV and if there is a Friday Night Lights reboot, he would be great as the Dillon Panthers’ coach.

Katie Holmes was one of the most famous actresses of the late ’90s and early 2000s all thanks to her starring role as the girl next door Joey Potter on Dawson’s Creek. While she too turned to movies with roles in the First Daughter, Batman Begins and Thank You For Smoking, things really slowed down for the actress following her marriage to Tom Cruise and having their daughter Suri. While Holmes has been making her comeback in some ways lately following her divorce from Cruise in 2012, she has still not had a major role to signal she is back and what better way to do that with than a prominent role in another TV series?

For many, Rider Strong as Shawn Hunter in Boy Meets World was their first “bad boy” crush and definitely one of the best parts of the beloved family/teen series. After growing up in the role from 1993-2000, Strong focused on school and took on small acting or voice acting roles but aside from a few single episode appearances, and of course his recurring role in Girl Meets World, not much has been seen from the actor. Since he is still so attractive and talented, it wouldn’t be too difficult for Strong to find a more permanent TV role and loyal Boy Meets World fans would be more than happy to tune in to see the actor back in a starring role.

Allison Mack kind of became the surprise star of Smallville when the superhero series aired in 2001 and went on for an incredible 10 season run. With the exit of Kristin Kreuk as Lana Lang, Allison Mack’s Chloe Sullivan was the most consistent female lead on the series and fans absolutely loved her and her character development. After starring in such a huge series for 10 years, many assumed they would be seeing a lot more of the actress but she has since only appeared in the FX sitcom Wilfred and a few episodes in shows like The Following, American Odyssey and Lost in Oz from 2011-2017. The entertainment industry could always use commanding leading ladies, so it is about time Mack made her way back to the small screen in a big role.

After landing his first two acting roles in 2006, things changed drastically for Chace Crawford when he was cast as Nate Archibald in the teen drama Gossip Girl. The handsome and charming star quickly became a fan favorite, but unfortunately he hasn’t found the same success since the series came to an end in 2012. He has gone on with a few small film roles and even landed the lead in a new series Blood & Oil which premiered in 2015, but was quickly cancelled after only 10 episodes. While many series aren’t lasting past their first season these days, we are really hoping Crawford can find himself a spot in a new hit and grace our TV’s for several more years.

There was a lot to love about Boy Meets World but it can’t be denied that Will Friedle as Eric Matthews provided some of the best laugh-out-loud moments during the show’s seven season run from 1993-2000. Now, Friedle has in no way been idle since the show came to an end as he has became a prominent voice actor in the industry, lending his voice to many popular animated series and video games over the years, but fans would really love to see him showing off his complete acting chops again. Friedle has great comedic timing and is completely endearing, so it would be great to see him find a role on one of TV’s many great comedies.

When he was offered the role of Clark Kent for Smallville, Tom Welling was hesitant because he didn’t want to be typecast and forever known as “Superman” for the rest of his career, but he took on the role and became one of the biggest stars in the industry for Smallville‘s 10 season run. Fans absolutely loved the actor and couldn’t wait to see how he was going to step away from the character after the series came to an end in 2011, but unfortunately they haven’t really had the opportunity. In 2013 Welling appeared in the film Parkland followed by Draft Day and The Choice. In the summer of 2017 he revealed he was finally returning to TV with a small role in Lucifer, and while it is a start, many would like to see the actor lead his own show again and break away from Clark Kent/Superman once and for all.

The cast of Saved By the Bell all went their separate ways after the beloved series came to an end and, while many others went on to notable television roles, the same can’t be said for Elizabeth Berkley. Although she has had several roles in both film and television since Saved by the Bell came to an end in 1992, she has had no leading TV roles and most recently appeared in nine episodes of CSI: Miami in 2008-2009 as well as single episodes of Melissa & Joey and New Girl. Jessie Spano was way ahead of her time with her feminism and there would be no better place for a similar character expertly portrayed by Berkley than on a new TV series if only she would make a comeback.

In 2009, Chad Michael Murray broke fans’ hearts when he exited his starring role as Lucas Scott on One Tree Hill. While the series carried on without him, it seemed the actor wanted to explore his career outside of the teen drama role, but unfortunately he hasn’t found the same success since. While he has had several roles since, it has been in lesser known films and series including Chosen and Sun Records, but only appeared for one season in each. While no one thinks he should have left One Tree Hill so soon, they expected more from him with his quick exit, and it is about time he found himself as one of TV’s top actors again.

Although it seemed like all eyes were on Blake Lively as Serena Van der Woodsen on Gossip Girl, looking back on the series more and more people have a larger appreciation for Leighton Meester as Blair Waldorf. She had much more substance than Lively’s character and some truly unforgettable quotes, but since the series ended in 2012, not a lot has been seen from Meester as she focused on music and her personal life with husband Adam Brody and their child. In early 2017 it seemed like she was finally making her TV comeback with the Fox comedy Making History, but after only nine episodes the series was cancelled.

Chad Michael Murray may have been the main male star of One Tree Hill, but it is James Lafferty as Nathan Scott that fans came away loving the most. As the youngest member of the cast, audiences watched Lafferty hone his skills and mature on-screen and it seemed like he had a big career ahead of him. To the dismay of his fans however, Lafferty has only had a few roles since the series ended in 2012 and while he has had roles in Crisis and Underground, we would love if he had a huge TV comeback as the star of a new hit drama. Despite wishing for a big comeback from Lafferty, he seems perfectly happy behind the scenes as he has also moved into directing and producing, and prefers to stay out of the spotlight.