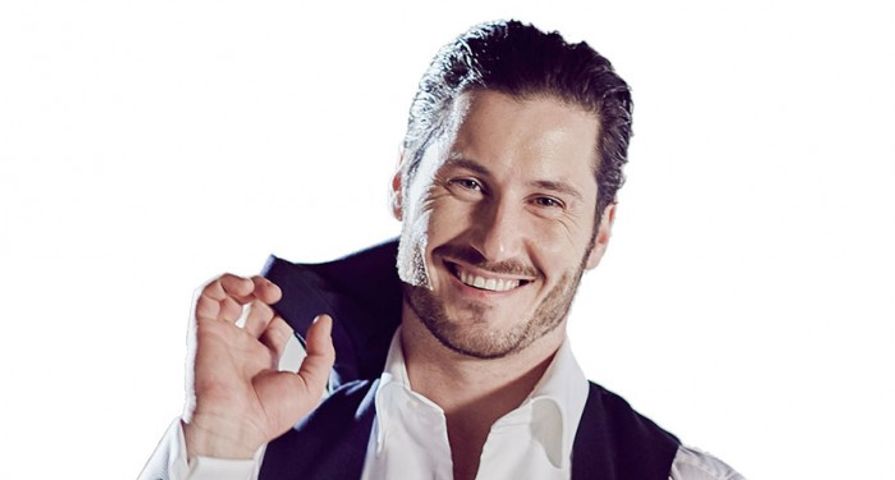 Valentin Chmerkovskiy quickly became one of the biggest draws for the hit compeition show, Dancing With the Stars. It didn’t take too long for the pro dancers to become just as popular or even more so than their celebrity partners, and between Val’s charm, good looks and incredible dance moves he quickly rose to the top in the eyes of fans. The 30-year-old first began appearing on the show thanks to his brother Maksim, and after several single appearances in which he performed dance-offs with his brother and danced with other pros, he finally became a regular pro for season 13. He has since competed in every season after with many finishes in the finals and one Mirror Ball Trophy with partner Rumer Willis. Get to know Val a little better with 10 things you didn’t know about him!

Val was born in Odessa, Ukraine in what was then the Soveit Union on March 24, 1986 to parents Aleksandr “Sasha” and Larisa Chmerkovskiy. In 1994, the family, including Val’s older brother Maks moved to Brooklyn and, in 1996, Maks and Sasha opened a dance studio for youth in New Jersey where Val began his dance training. In 2001, at the age of 15, Valentine, along with his dance partner Diana Olonetskaya, became the first American dance team to win a world junior championship title.

this picture pretty much sums us up in a nutshell. @maksimc #brothers #odessa #someonewasreadytocatchthemhands

Given his own success, and inspiration from his family, Val makes sure to give back as much as he can and is very active as an ambassador for the charity Pencils of Promise. A few years ago he went as part of a group to build a school in Ghana and to help promote education for the youth of the poor country.

He may be a master at dancing, but it seems it is in Val’s nature to master difficult talents. Throughout his years on Dancing With the Stars, he has shown off his violin skills and, as it turns out, he is a classically trained violinist and also played concertmaster violin with his youth orchestra in Carnegie Hall.

Although he was accomplished in many areas, by the time he graduated high school from The Hudson School in Hoboken, New Jersey, he went on to college where he majored in Business Management.

Unsurprisingly, he is also very athletic, and given his extreme ability in many different areas, also very confident in his abilities. In an interview with Us Weekly he stated, “I’m extremely competitive and will probably beat you at basketball and soccer!”

As one of the most attractive men on the show, a lot of attention is given to Val’s love life, and many women want to know his likes and dislikes and turn-offs when dating. It seems his biggest turn off is a little more stranger than others, because when it comes down to it, he cannot stand dirty ears. “Dirty ears. I don’t think I could ever forgive you for dirty ears. I’m not looking for it, but if I stumble upon your profile and there’s a little bit of untidiness in your earlobes, I’ll be turned off.”

Back in 2013, Valentin launched his very own clothing line, aptly named VALENTIN, which is described as a “luxury streetwear brand.”

One of his main goals is to share his love of dance with others while also helping them pursue their own dance dreams and as such is the co-owner of six competitive dance studios under the name “Dance With Me.” Five of the studios are in the New York area including Long Island and Manhattan and one is in Sherman Oaks, California.

For his first ever major dance compeition, Val’s luggage got lost upon his arrival. As a result he danced in his grandmother’s shirt, and won the compeition anyway. “She is my good luck charm,” he said.

Although it is usually his older brother Maks causing controversy, in early 2016 Val shocked many when he was slapped with a $6 million lawsuit. Val shared a meme on his Facebook page which mocks a young girl with down syndrome at a baseball game. The photo featured the young girl drinking a soda and had the words, “Letting your child become obese should be considered child abuse,” written underneath the photo. The girl’s family said the photo was taken without their knowledge in 2008 and then became a meme in 2014, and in their lawsuit claimed Val helped it go viral by sharing it on his Facebook page. He took the post down three days later and apologized, but according to the girl’s mother he still berated her for “handicapping” her “defenseless child,” while he posted his own lengthy response on Instagram. There has been no update on the case since it was filed in February, 2016.