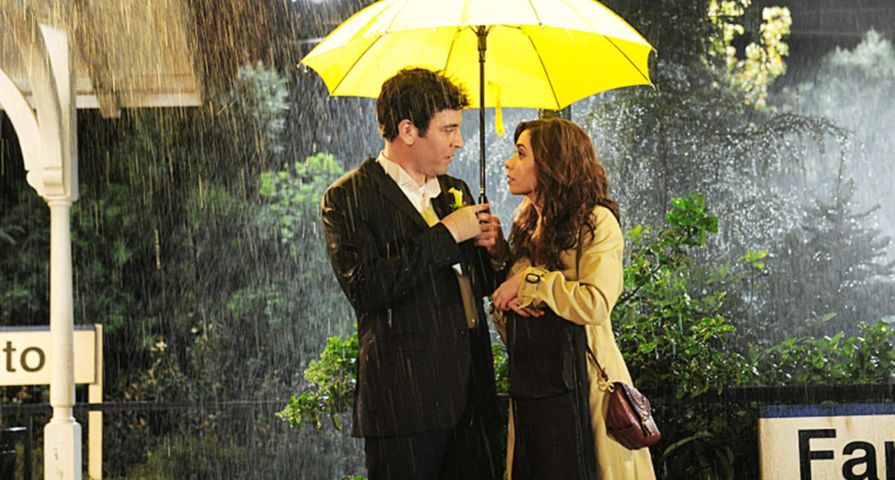 No matter how great a series is, there is no denying that not every episode can be incredible. When a successful show goes on for many seasons it gets harder and harder for writers to fill out every season with amazing stories which inevitably leads to “filler episodes.” Although this is common, there have been quite a few episodes that fans weren’t able to just move on from, because they were that bad. While these episodes in no way ruined the show, they simply disappointed fans with just how poorly they fit and have now stuck out as some of the worst episodes ever! Here are 10 of the worst episodes from some of TV’s most popular series of recent years:

After nine seasons and so many iconic moments and truly hilarious scenes, it was understandable that not every Friends episode could be an instant classic. While there are a few Friends episodes that fans probably don’t re-watch as much, one of the most hated of all was the two-part season nine episodes dubbed “The One in Barbados.” The whole group heads to Ross’s conference in Barbados in hopes of turning it into a vacation, but instead relationships fall apart, and almost all the humor focuses on Monica’s hair. With most of the jokes falling flat, what made these episodes stand out as the worst of Friends was it began the cringe-worthy fling between Joey and Rachel. The lack of chemistry between the two characters made their kiss hard to watch, not to mention it was very unbelievable the two would hook up, and did not fit in with their characters that had been built up and fans had gotten to know over nine seasons.

Angel is one of those rare spin-off series that ended up being just as popular and successful as its original. While this means Angel had a lot of fantastic episodes, there is one that fans automatically think of when asked what the worst episode of the show’s five season run would be. Season one’s thirteenth episode “She” did not fit into the Angel story and noticeably stands out for being so awkward and even confusing for fans who had come to expect a lot more from the show in the first 12 episodes. While Angel’s dance scene in the episode has become infamous, it is for all the wrong reasons because it was just so awkward. In terms of the entire series, however, the error of an episode was easy to overlook for fans moving into the following seasons.

Gossip Girl had a few questionable storylines as well as a few awkward episodes, but season three’s “Last Tango, Then Paris” stands as its worst. At this point in the series it had become painfully obvious that Taylor Momsen did not want to be there and watching Jenny Humphrey go from sweet little sister to Goth chic was starting to get on the nerves of many fans and it all led to this episode. Jenny and Chuck sleeping together was unnecessary and somewhat disturbing after their first interaction was when he tried to force himself on her at the masquerade ball. Needless to say, by the end of the episode, everyone was fine to see Jenny leave, especially the fans. Despite being the worst episode, the series was able to recover and did better without Jenny dragging the other characters down.

During its nine seasons, One Tree Hill held fans through captive through some truly intense and wild storylines and some very creative episodes, but sometimes those episodes became just a little too ridiculous including season eight’s “I Can’t See You, But I Know You’re There.” The series had previously ventured into the supernatural in season four’s “Song to Live and Die By” it was the season eight episode that took it too far. In the episode, after being shot by Clay’s crazy stalker, both Clay and Quinn’s detached spirits wander the hospital and interact while their bodies lay in the hospital. The tone of the episode was off in comparison to the rest of the show and instead came off like a soap-opera, and really showed how the series was losing its grip as it tried to maintain interesting storylines.

AMC’s Mad Men is one of the most critically acclaimed of its time for its writing, acting and authenticity, but even it had at least one flop of an episode. Any Mad Men fan would instantly point to season five’s third episode “Tea Leaves” as a low point for the series. There were many ways the writers could have handled actress January Jones’ pregnancy, but they picked the worst way possible, but instead addressing her changing body as Betty’s personal struggles with weight gain. For the entire episode to focus on this issue of Betty’s was strange to many fans, and with such a strong lead female character, there were many ways her character could have been developed, but this storyline was trivial and disappointing.

5. Song Beneath the Song – Grey’s Anatomy

After 14 seasons, there is no way that every Grey’s Anatomy episode can be incredible, but fans have come to expect a lot from the gripping series. Back in season seven, the series took a chance with an entire musical episode called “Song Beneath the Song,” and unfortunately it did not go over well at all. The episode unfortunately was too obviously the result of the writers having run out of ideas matched with it being the only way for the series to show off Sara Ramirez’s amazing singing skills. Aside from Ramirez though, the rest of the cast are not singers and it was all too painfully obvious. It might have worked had it only been a scene, but for it to take up a whole episode made many fans think the show had finally jumped the shark, and many questioned whether they could even continue watching the series afterwards.

When a series is as iconic as Sex and the City, it is often only the big moments and big episodes that are remembered, but in six season, the series had its fair share of less than impressive episodes. Out of 94 episodes, season four’s “Ring a Ding Ding” reigns as one of Carrie’s worst displays of her selfish character, and as the worst episode of the show. In the episode it is revealed that, at 35 years old, Carrie’s irresponsible spending habits prevented her from being able to buy back her apartment after her split with Aidan. She spends a good portion of the episode whining about her finances, only to realize that she’s spent $40,000 on shoes! She then goes to Mr. Big himself under the pretense of wanting to learn about money, but really is just asking for a check. What angered fans the most was that Carrie made her own poor financial decisions everyone else’s problem, and when Charlotte would rather Carrie learn her lesson for once, she is instead guilted into feeling like a bad friend for not offering up some of her wealth to Carrie. The episode not only fully revealed how awful of a person Carrie really was, but made it seem like being financially irresponsible isn’t a big deal because your friends will bail you out.

Friday Night Lights was in a precarious situation for its five seasons, but amid multiple near cancellations because of low ratings it remained a highly critically acclaimed series. In season two, however, the episode “Last Days of Summer” almost derailed the entire series because of how awful the storyline was and how much fans hated it. The biggest praise for the series stemmed from how real it portrayed middle America, but it inexplicably went into soap-opera territory in the first episode of season two with a shocking murder plotline surrounding one of the most lovable characters — Landry Clarke. The storyline was such a huge deviation from what the series built itself on that it ruined all the “realism” and focus on small town football players with big dreams that fans had come to love. Writers knew a mistake had been made and after Landry was let off the hook for the murder of Tyra’s would-be rapist, the events were never mentioned again.

2. Last Forever – How I Met Your Mother

No series has seen such an intense backlash to their series finale in recent years than How I Met Your Mother in 2014. After nine seasons of Ted Mosby telling his children about his life leading up to how he met their mother, it all boiled down to the finale “Last Forever.” After spending the entire season focused on Ted letting Robin go and Robin and Barney getting married, “Last Forever” shattered the relationship in the first half hour and went on to be one of the most disappointing series finales of all time. The mother in question dies off-screen and then the whole thing winds down to Ted running back to Robin. The episode was so bad that online petitions from fans asked for reshoots and many pretend the episode didn’t even happen.

Buffy the Vampire Slayer still stands as one of the best and most unique series to grace TV, and since it did not have many disappointing episodes, one in particular is easy to pinpoint as the worst. Season four’s “Beer Bad” shocked fans with just how devoid it was from its usual witty and kick-a** storylines in an effort to convey a “drugs/alcohol are bad” message. In a sponsorship from the Office of National Drug Control Policy, the episode was meant to show teens what happens when someone abuses drugs and alcohol in return for money from the organization. Unfortunately the episode was so bad and so confusing that they felt the anti-drug message wasn’t even clearly conveyed, so Buffy ended up not receiving the money and fans ended up with a baffling and awful episode.