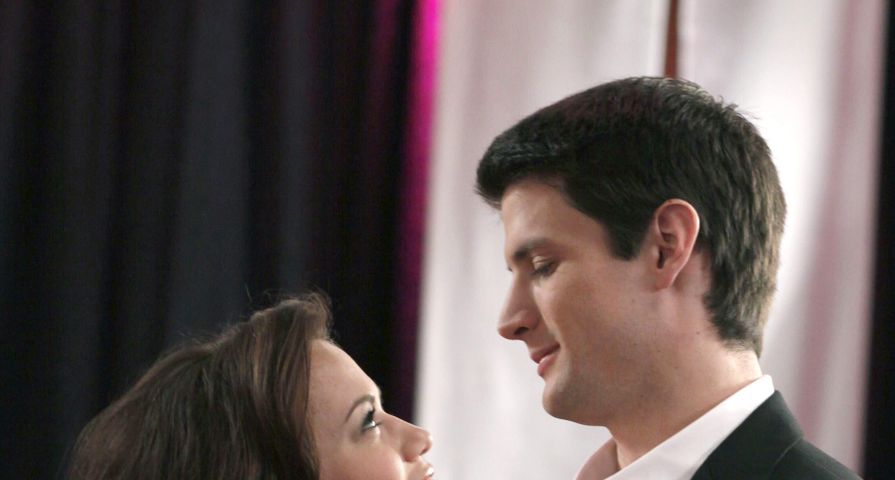 Many if not all of TV’s best dramas and sitcoms are centered around a main couple. For most of the series run, fans are meant to be preoccupied with that central couple and the status of their relationship, yet far too often a “secondary” couple comes along and steals our hearts. It is safe to say that although series creators often had different plans for where to focus their romantic storylines, the chemistry and development between these 10 TV couples stole the show whether on purpose or not. Check it out:

Since the very first episode of The Big Bang Theory, it was clear that the series was going to center around Leonard and Penny. Over the ten seasons, Leonard and Penny’s on-again off-again relationship has been the focus, but ever since the introduction of Mayim Bialik’s character, Amy Farrah Fowler, fans have been completely distracted by the hilarious couple that is Amy and Sheldon. As pretty much the exact opposite of Penny and Leonard, Amy and Sheldon have provided not only some of the best comedy, but being in a relationship has resulted in Sheldon developing a lot as a character. Before anyone gets upset, obviously Bernadette and Howard are also a great BBT couple, however, no fan could have ever predicted the strides Sheldon has made in the intimacy department, and that would not have been possible without Amy.

Picking only one other couple that isn’t Meredith Grey and Derek Shepherd who have stolen the show on Grey’s Anatomy was particularly difficult. Over Grey’s many seasons, quite a few amazing couples have come and gone, but when Callie Torres and Arizona Robbins met and sparks flew all attention turned directly to them. After Callie’s history with George, the turn of her sexuality was definitely an interesting twist to breathe new life into the show, not to mention Callie and Arizona went on to have one of the most dramatic relationships of the series.

Dawson’s Creek will always remain one of the most iconic teen dramas of the late ’90s and early 2000s, and while Dawson pined over his best friend Joey for much of the series, another couple came around and got the fans’ support. It didn’t take long for Pacey (Joshua Jackson) to beat out Dawson for favorite male character, and when Pacey and Joey began dating, it seemed a lot more plausible than Dawson and Joey. Unsurprisingly audiences found themselves rooting for this couple instead of Dawson and Joey who were supposed to be the central pair.

7. Damon and Elena – The Vampire Diaries

For years The Vampire Diaries focused on the romance between Elena and Stefan Salvatore, but as Elena’s friendship with Damon began to develop our attention was quickly diverted. While there was a lot of love for Stefan, the brooding mysteriousness of Damon was a lot more intriguing and as Nina Dobrev and Ian Somerhalder’s chemistry was developing off-screen, it was absolutely electric on-screen.

At first there was absolutely no intention for Veronica and Logan to become romantically involved on Veronica Mars, but it didn’t take long for the creator and producers to realize it was inevitable. While season one and some of season two pitted Veronica and Logan against each other as she pined over Duncan, before long her chemistry with Logan could not be denied. The two became such a compelling couple that creator Rob Thomas had no problem completely changing his initial plan and erased Duncan from the picture entirely.

Juliette Barnes has been through some very dramatic relationships on Nashville, and while she may be the star, a lot of the romance drama has always been focused on Rayna James and Deacon Claybourne. After several of Juliette’s flings or relationships, however, fans have now become much more invested in the story of Juliette and Avery. It has become quite evident through many series that it doesn’t take long for audiences to grow bored of a single love story, and when a surprising couple that seems to really make sense shows up, they instantly steal the show!

The epic story of Dan and Serena surrounded the entire Gossip Girl story, but it didn’t take long for fans to become bored of the constant on-again, off-again dramatics of their relationship. While each main character went on to date almost everyone else in the series, a very unlikely couple crept in and stole everyone’s hearts: Chuck and Blair. Quite unlike Serena and Dan, there was a lot more believable chemistry between Chuck and Blair, and while their relationship was just as bit dramatic as Serena and Dan’s, their story was a lot more interesting and definitely had more fan’s rooting for a happy outcome than for the main pair.

The O.C. wasted no time in becoming one of the most iconic teen series of its time, and from the outset focused on Ryan Atwood (the guy from the wrong side of the tracks) and Marissa Cooper (the Princess of Orange County). Before long, however, fans began to take more of an interest in their unique and hilarious best friends, Seth Cohen and Summer Roberts. After many grew tired of Marissa’s annoying behavior, and things seemingly never working out for her and Ryan, fans were more than happy to instead focus on the romance between Seth and Summer which had more memorable moments and much more obvious chemistry than Ryan and Marissa.

There were a lot of relationships for all of the characters over Friends’ 10 seasons, but behind it all was the love story of Ross and Rachel. While they will remain one of the ’90s most iconic couples, it cannot be ignored that Chandler Bing and Monica Geller’s romance quickly took center stage. From just fooling around, to the “we know you know we know” and Ross not knowing situation, and of course expanding their family, fans could not get enough and after awhile didn’t really care as much about Ross and Rachel’s situation because of their devotion to Monica and Chandler instead.

1. Nathan and Haley – One Tree Hill

Many One Tree Hill fans will vehemently state that Nathan Scott and Haley James were most definitely not a secondary couple on One Tree Hill. While that may be very true in later seasons, the fact that they so quickly overpowered the romantic storylines makes many forget that the great love story of the show was at first focused on Peyton Sawyer and Lucas Scott. After some of perhaps the most adorable and romantic speeches and gestures in TV couple history, Nathan and Haley stole our hearts, and fans had absolutely no problem carrying on with the show after season six without Peyton and Lucas.