Home » Entertainment » All The Reasons You Should Watch ‘The Bold Type’

All The Reasons You Should Watch ‘The Bold Type’ 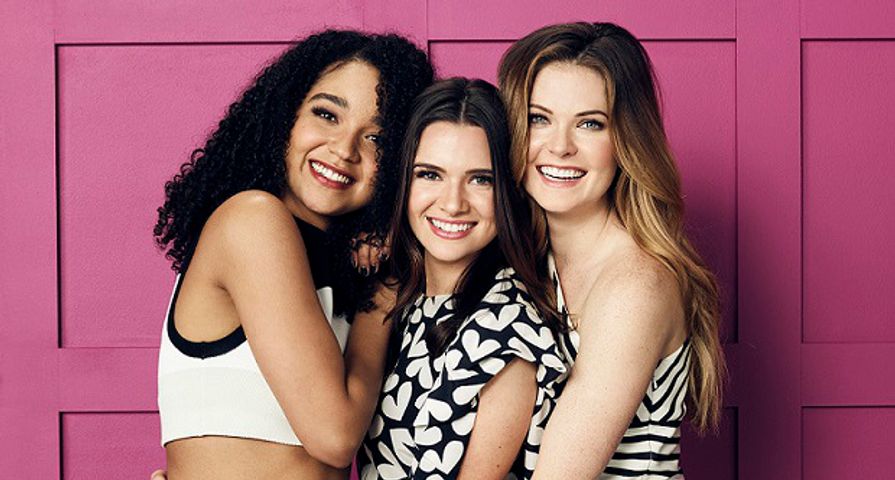 ABC has been working hard at breaking through to a new audience and, after renaming ABC Family to Freeform, the network has target young adult audiences with shows such as Pretty Little Liars, and its newest hit The Bold Type. The series focuses on three friends, Jane Sloan, Kat Edison and Sutton Brady, as the embark on their careers at Scarlet magazine, inspired by Cosmopolitan. With one season under its belt, The Bold Type was a surprise breakout hit and has already been renewed for two more seasons! There is so much more to the series than just another romantic-drama, and there is still time to catch up! So, here are 10 reasons you should watch The Bold Type:

As with any new series, The Bold Type had some bumps in the road in season one, but even the plot lines that weren’t the strongest were easy to overlook because of how easy it was to get drawn into the show regardless. Although the series has been marketed as a current Sex and the City, it is actually a lot different because it doesn’t leave you asking questions such as ‘Why are these women even friends’ or ‘How does Carrie afford her life on a writer’s income?’ The friendship between the female leads is understandable and believable as our their lives which gives the show an edge when connecting to viewers. Not to mention, the series doesn’t hide important topics in the lives of women in their mid-20s, offering blunt discussions about sex, sexuality and even some pretty steamy sex scenes.

Due to the fact that The Bold Type is so real, it is also very relatable. It depicts millennials, who are so often criticised in pop culture, in a fair light as they struggle to balance their personal and professional lives. Twenty-somethings trying to launch their careers will relate to Kat, Jane and Sutton who accurately depict the challenges of working entry level jobs while trying to pay off student debt. They have the same arguments as regular friends as well as the same conversations and jokes and concerns as women their age out in the real world which gives audiences a deeper investment into the characters and their stories. 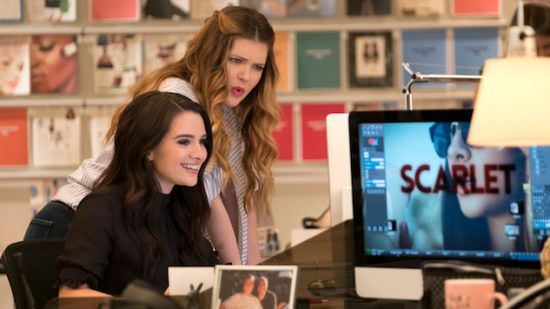 Part of the reason that the show is so real and relatable is because it is inspired by real people and real situations. The Bold Type is inspired by the life of Joanna Coles who is the former Editor-in-Chief of Cosmopolitan magazine, and Coles also serves as an executive producer on the series. The real-life story influence makes the perfect mix for a show that is relatable but also glamorous as it gives a behind the scenes look at what it is like to work for one of the industry’s biggest magazines. The Bold Type uses the inspiration to give viewers Scarlet magazine and three employees working their way up: Jane a young but promising writer; Kat who is the social media director for the magazine; and Sutton, an assistant who goes after her dream of working in the fashion department. The background plot may be about running a magazine, but the overall story is about female empowerment from Jane, Sloan and Kat to their editor Jacqueline Carlyle, the show is packed with strong and inspiring females. 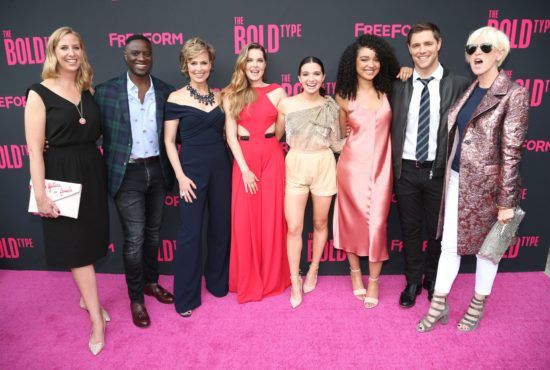 The Bold Type isn’t unique and refreshing just because it is a show with three leading characters who are all female, but it is also run by females. The series was created by Sarah Watson, who is best known for incredible work on Parenthood, and she made the first season as successful as it was with her vision for the female empowerment show, stating, “This is the kind of show I wanted to watch. We’ve been in the era of the anti-hero for the past few years and there are some sensational anti-hero shows out there, but at the same time, I want to come home and feel good and spend an hour with my friends. That’s how I used to feel watching Sex and the City, it’s how I felt when I watched Gilmore Girls. The hope to have that came out of the fact that that’s what I wanted to see on television.” After the series was renewed for season two and three in October, 2017, it was unfortunately also announced that Watson was leaving the series because of creative differences with the network. Despite the loss, Amanda Lasher was announced as the new showrunner and fans can rest easy knowing that Lasher knows all about making a great series about strong female characters. Lasher was previously the mind behind MTV’s Sweet/Vicious which unfortunately only saw one season, but was one of the most important series on TV and was greatly underrated and under-appreciated for the issues it tackled and the characters it represented. 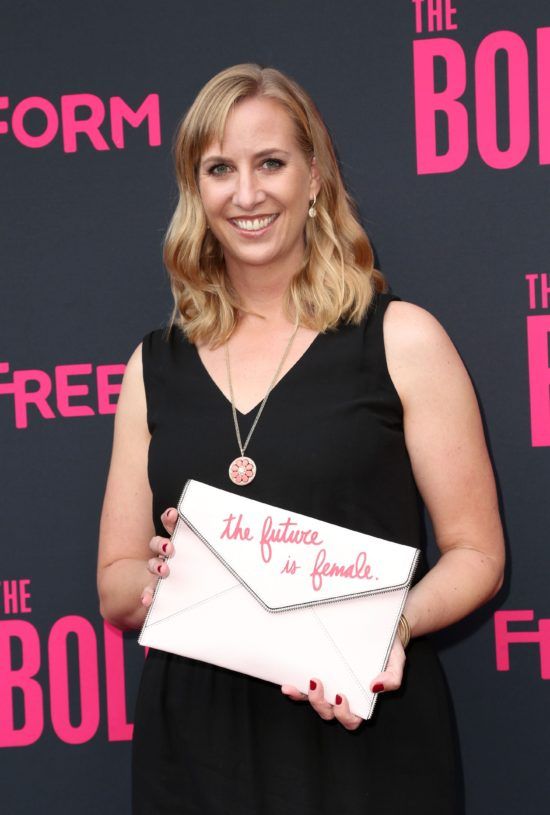 Audiences are finding that not only is The Bold Type funny, engaging, and relatable, but it is also important for TV. There are very few series which focus on the female leads specifically, and The Bold Type does not only that, but also doesn’t hold back on topics such as sex and sexuality which is more often explored with male dominated series. It creates a female world that isn’t full of cliches and it isn’t catty or nonsensical — there is depth, there are real issues but there is also fun, romance and fashion. On top of it all, it is important because of its representation of female friendships. They aren’t over-exaggerated, or selfish, and drama isn’t created simply for storylines, which is uncommon in series similar to The Bold Type. 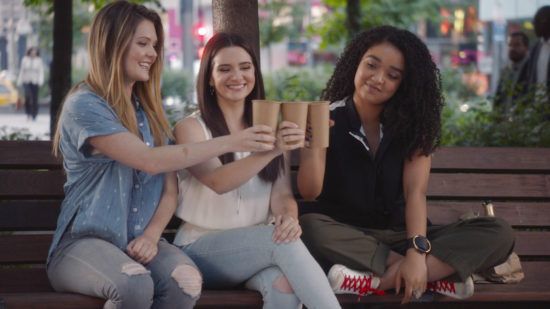 A well-written show with perfectly cast stars is hard to come by, but The Bold Type has executed it perfectly thanks to finding not one, but three amazing leads with fantastic chemistry to bring the show even more strength. Katie Stevens stars as Jane Sloan, an ambitious perfectionist, who is a bit more conservative and shy than her two best friends, and she absolutely embraces the character while also perfectly portraying her strengths as Jane comes out of her shell. Stevens is best known for her run on American Idol in season nine and for starring in the short-lived MTV series Faking It. Aisha Dee stars as Kat Edison, an edgy, fierce and opinionated social media director for Scarlet who will always stand up for what she believes, even if it means getting herself in trouble. Dee is best known for her roles in The Saddle Club, I Hate My Teenage Daughter and Sweet/Vicious. Rounding out the trio is Meghann Fahy as Sutton Brady, a strong, down-to-earth and motivated assistant at Scarlet who finds herself in a forbidden romance with one of Scarlet’s board members. Fahy is best known for starring in the soap opera One Life to Live from 2010-2012. The best part is that the three have become very good friends in real life, making their on-screen chemistry even more real and believable. 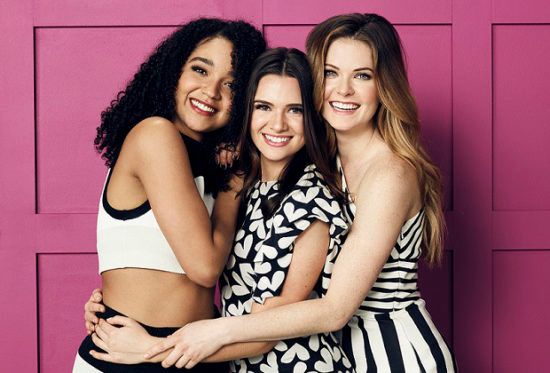 Like so many other great shows, one of the best parts about The Bold Type is that, while it is easy to praise the three main stars and their strength on the show, the same can be said for every supporting character around them. There are no major stars on the cast, but that doesn’t stop any of them from holding their own and being a scene stealer in their own way. Sam Page as Richard Hunter, Melora Hardin as Jacqueline Carlyle, Matt Ward as Alex Crawford, Dan Jeannotte as Ryan Decker, and Nikohl Boosheri as Adena El-Amin all bring a lot to the series and leave you wanting more from their intriguing characters. In a lot of TV series, there is a character or star audiences don’t engage with as much, but the same can’t be said for The Bold Type because of how incredible every star is. 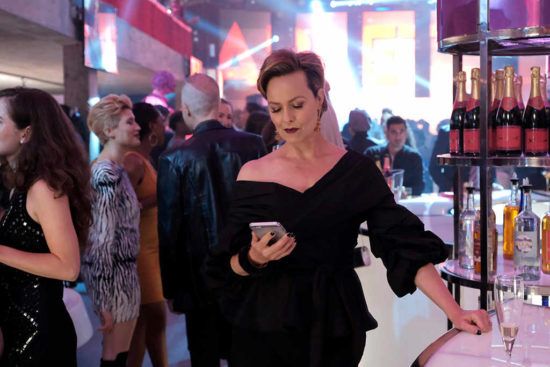 Although The Bold Type is about so much more than romantic relationships, it is of course a major focus of any single person in their 20s, and the three main characters offer three very different relationship and romance perspectives. Despite its realism, it is still a show and the relationships are dramatic and intriguing but explore so much more than the usual TV tropes when it comes to romance. The first season saw Kat realize she may not be heterosexual and started to explore her sexuality after falling for Adena. Meanwhile, Sutton had to deal with her forbidden relationship with Scarlet board member Richard Hunter and her small fling with her co-worker Alex. Jane, who is much more conservative than her two friends, also started to have some fun after getting more in touch with her sexuality thanks to a handsome writer for Scarlet’s brother magazine, Pinstripe. 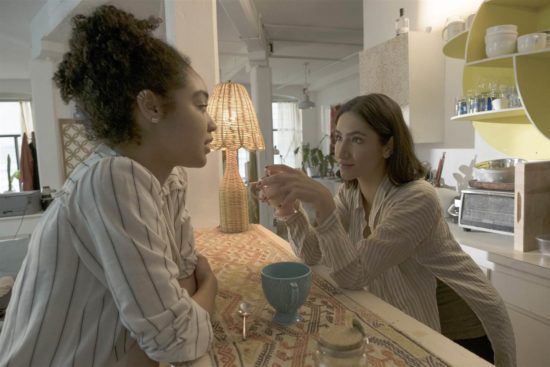 While The Bold Type definitely tackled a lot of big issues in the first season — it wasn’t all serious. One of the best things about the show is that it has found a great balance between being serious and dealing with important issues and when to crack a joke. Writers and producers recognized that dealing with only heavy subject matter could be hard on the show, and they figured out how to incorporate the main characters not only being young, serious professionals, but also letting loose without minimizing the importance of the storylines. 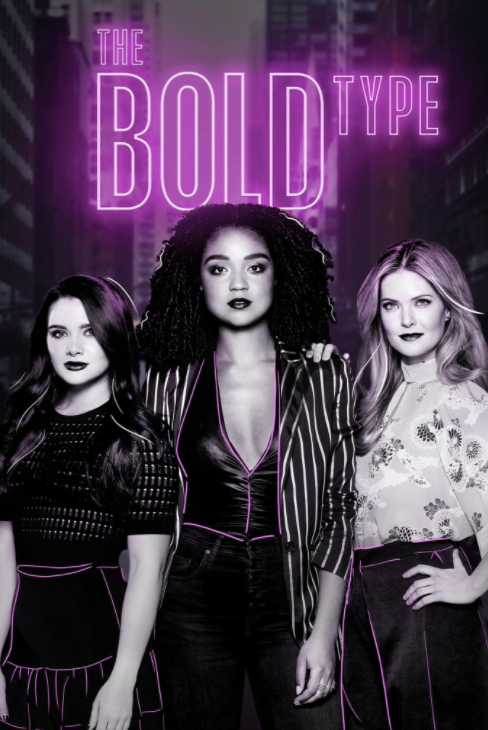 Last but certainly not least, while The Bold Type already stands out with its three powerful female leads, many should tune in because there are no boundaries when it comes to discussing difficult issues in the show. In the first season alone, the show tackled the storyline of Adena who was an artist but also a lesbian and a muslim who runs into trouble at the airport and then is confronted on the streets of New York with Kat by a man who tells her to go back to her country. These storylines delve further into political issues, as well as social issues including an episode dedicated to Jane being screened for the breast cancer gene and the season one finale took on a heavy storyline about sexual assault. As a TV series there of course has to be fluff and drama, but they don’t take away from the more serious and complicated storylines the show takes on. 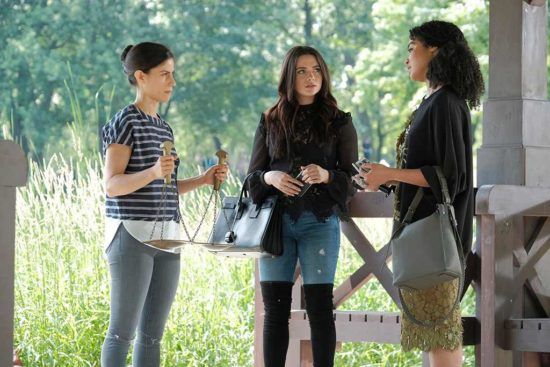